Far too often we use words so flippantly that when we see them in the Scriptures or hear of them ascribed to the Lord, we lose any sense of impact or grandeur that might usually accompany them. When everything is described as “awesome” then God Himself cannot be not awesome, simply because God is outside of and above created order, and we have then relegated what is common to creation to be like the Creator. Some might find this level of reasoning to be pedantic, but the heart of what I’m trying to express is not some sort of overly formal usage of language where colloquialism disappears altogether. Rather, my goal is to simply argue that at some point, words mean something. Words convey something.

Now, if one were to leave it here, this is an altogether silly thesis. Everyone would agree that words mean something and convey something. That is how language works, after all. Yet the point I am making drives beyond this simple assertion. It is that words mean something precise. Words—especially for the Christian—are the means God has used to express the inexpressible, which is God Himself. What’s more than this is that through speech, God has carefully revealed the precise details of His dealings with mankind. Creation itself testifies to the existence of God (Ps. 19:1-4; Rom. 1:18-20) and yet it is by His incarnate and inscripturated Word that He has chosen to specially reveal Himself to mankind (Heb. 1:1-3). The point being that though natural revelation clearly reveals God and His truth as it relates to the natural world, special revelation reveals God and His truth as it relates to His Son.

The repercussions of this extend to the very idea that when words are used to describe God Himself, we ought to be considerate of how we then use such words. If we use such words flippantly, we are in very real danger of thinking flippant thoughts of God Himself when we see such words used to describe Him or His dealings with mankind. The point is not to say that Niagara Falls can’t be described as majestic and powerful, or awe-inspiring, but that as we think of such things, our foremost thought ought to be one that recognizes such “majesty” and “power” are laughable in comparison—that whatever awe the natural world might inspire, it pales in comparison to the awe to be had in the Lord of all the earth, whose majesty fills it. God is majestic, which very simply means for us that any sense of majesty we experience this side of heaven is a mere shadow of the full majesty of God. Yet if everything is majestic to you—if the Alps are equally as majestic as an inbred Pug—the word truly means nothing to you.

This same problem extends to how we comprehend things like love, justice, equity, and so on and so forth. What I am driving towards, if I can be more clear, is that when we ascribe something a quality or nature, we ought to be doing so with reference to the Creator of said qualities and natures—especially if these are communicable attributes (i.e. those attributes which are common to both man and God). If something is said to be awe-inspiring, it ought to truly be awe-inspiring, and not just “neat”. If something is to be “magnificent,” it will not do for it to be uninspiring in reality. If something is to be considered “beautiful,” it will not do for it to be hideous. These words find their meaning in the context of the truth, and as all truth is God’s truth, these words find their meanings in God Himself. What that means on a very practical level is that something like beauty is not in the eye of the beholder; beauty is an objective quality, because God determines beauty and gives characteristics of things that are altogether lovely and pleasing.

The reason I say this is simple: if God, for example, is love, His love is not separate from His being, which then means love itself is not separate from His decree, nor His actions. To state this principle more plainly: everything that God is, is love, therefore, everything that God does is loving. Love itself finds its definition in God Himself. The same could be said of God’s justice, mercy, holiness, etc. The idea being that we don’t start with our conception of these ideals, nor especially the world’s conception of these ideals, and then move toward understanding God by them. Instead, we understand these traits by understanding God Himself. Without a right understanding of the nature and character of God, we will never understand, properly speaking, what “love” is, nor for that matter what justice, holiness, and loyalty are, among a host of other things.

This becomes incredibly practical when we discuss things like the sovereignty of God in Salvation, or whether or not God is to be considered just in His command to the Israelites to kill every man, woman, and child of the Amalekites (1 Sam. 15:3). This is one of the reasons I am an advocate of defining the terms when you end up debating with someone, not because the terms necessarily mean two different things, but people tend to define things quite differently depending on their presuppositions. Yet to be sure, this is not simply of “in-house” importance.  This is a crucial point in the discussion on homosexuality, at least in terms of how the broader culture has defined and understood what “love” is. The same principle carries through when we examine the culture of death behind abortion (after all, it is “my body, my choice”). It seems an obvious statement to make, but words are at the heart of every debate, and how we understand and employ them makes all the difference. Yet the difference is not seen solely in the outcome of the debate, whether or not we are found persuasive, nor if we’ve conveyed things as we’d hoped at the outset. What is of greater import is if what we have conveyed through our use of words is true.

Once we start to ask that question of ourselves, the topic becomes altogether more alarming, especially if we consider that we are judged for every careless word uttered from our lips, or that those who teach incur a stricter judgment because of how swift to sin and ruinous the tongue can be (Matt. 12:36; Ja. 3:1-12; Pro 10:19). Perhaps more to the point then is that as Christians, we are to be mastered by the idea that the words we speak are not simply to be words of truth, but those which are edifying to the body (Eph. 4:29). We, of all people, ought to be primarily concerned that we represent God and His truth accurately, yet we must also be concerned with how we represent such truths.

Again, one might sense the overall argument here to be pedantic, that I am being too much of an alarmist by dialing in on using words flippantly. Perhaps this is true; perhaps I am being puritanical, if one is so inclined to take that word as a pejorative. Yet if words mean something, and we routinely convey something by those words that is not true, whether through an outright lie or in frivolity, I do not find it a stretch to say we hold some fundamental misconception of God Himself, or that we lack basic wisdom. I sense it is of little wonder that even a fool is considered wise when he keeps his mouth shut (Pro. 17:28). The idea then brings us back to taking deliberate care in what we express and how we express it, lest when we open our mouths, it is only to sufficiently muddy the waters of understanding and leave others worse off for hearing us. 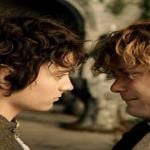 January 9, 2020
Stop Sexualizing the Beautiful Friendship of Frodo and Sam
Next Post 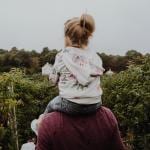 January 14, 2020 Fathers, Rise Up and Lead Your Family
Recent Comments
1 Comment | Leave a Comment
Browse Our Archives
get the latest updates from
The Chorus In The Chaos
and the Patheos
Evangelical
Channel
POPULAR AT PATHEOS Evangelical
1