Stop Sexualizing the Beautiful Friendship of Frodo and Sam

It’s easy for modern eyes to read J.R.R. Tolkien’s fantasy epic, The Lord of the Rings, and question the relationship of Frodo and Sam. If you’ve never read the books or seen the movies, I would encourage you to do so; they’re both brilliant works of narrative (although, I prefer the books) and have won dozens of awards. Despite their timelessness, the emotional connection and intimate interactions between Frodo and Sam have driven many to ascribe homosexual undertones into the story. The internet is flooded with progressive theories, memes, articles, and videos supporting such nonsense. Such behavior is an indicator that our culture has become so delusional in correctly identifying biblical sexuality and masculinity, that an entire generation is missing the beauty in their emotive, platonic bond. To state my point in the positive: the bond between Frodo and Sam is a worthy demonstration of biblical masculinity. In fact, I think the average modern American male would benefit from an examination of the sexuality and masculinity of Frodo and Sam.

If you’re unfamiliar with the story, the fundamental premise is this: Frodo Baggins must carry a ring of immense, cosmic power to Mt. Doom and have it destroyed. Mt. Doom also happens to be deep within enemy territory. Helping him in his adventure is his longtime friend, and gardener, Samwise Gamgee. Despite other friends and helpers, for much of the perilous journey, the two are alone. They endure all kinds of mental, emotional, and bodily privations. In doing so, they become exceptionally close. Worn down almost to death, the experiences they share create a deep and intimate bond. They frequently comment on how much one loves and depends on the other. There are times when they hug. There is even a moment when they hold hands. I actually think this is something films handle rather well. Nevertheless, it this repeated behavior that has conjured up the claims of effeminacy and/or homosexuality.

Although Sam is, technically speaking, a supporting character in the tale, he remains a favorite for many Lord of the Rings fans. He is loyal, genuine, noble, selfless, and courageous. But for the many ways one could describe Samwise, gay is not one of them. The same is true for Frodo. He is moral, kind, and swelling with integrity. Each cares more for the other than they do for themselves. What may be mistaken for homosexual behavior and fodder for childish internet jokes is, in fact, something from which many men could benefit.

I’m not saying we all need to hug and hold hands, but, as evidenced by Sam and Frodo, I am saying that our hypersexualized, sin-soaked, immoral culture, has tragically lost a real sense of masculinity. This is horrifically grievous and seeps far beyond how one might interpret a novel. Our wives, children, friends, and churches undoubtedly suffer because an entire generation of men is emotionally stunted and unable to develop deep, meaningful relationships. In a world that so desperately needs strong, masculine men, we have very few.

It’s for these reasons that I consider the relationship between Sam and Frodo one of the most endearing within The Lord of the Rings series. Their relationship is atypical to that of the American cultural male stereotype. While perhaps motivated by different goals, Sam and Frodo share an authentic desire for what is good and moral. Frodo may bear the primary burden of the evil Ring, but Sam’s burden is Frodo. As the Ring tears apart Frodo, Sam seeks ways to encourage his Master and friend. Driven by a love and friendship, Sam even goes as far as carry his friend up a mountain when Frodo no longer possesses the strength to even walk. For Tolkien, who fought in the bloody trench-warfare of World War 1, friendship, loyalty, companionship, and courage were paramount. The person next to you was all you really had. You can see this deep comradery he shared echoed in Frodo and Sam. No one would dare say such behavior is unmasculine then. So, why now?

Further polluting an accurate understanding of masculinity is the progressive left’s attempt to commandeer any emotional male vulnerability they can for their moral-revolutionary purposes. If they can hijack a story, book, movie, TV show, media source, etc. that will aid their cause, they will do so. Entertainment is becoming overrun with attempts to normalize homosexual and effeminate behavior. So much is the over-sexualization of our society that heterosexual men are hesitant to share emotional moments for concern of being wrongly branded homosexual. On the other end of the spectrum, others err to the hyper-extreme and demonstrate womanizing toxic behavior. Masculinity is becoming ill-defined and lost in a cacophony of a gender-confused culture.

As a net result, male relationships and friendships are, by and large, broken. Men often feel alone, isolated, and friendless because they never learned how to build genuine, platonic, and meaningful relationships. Consider the social interactions of men today. Almost all male social gatherings are centered around movies, sports or food – with little to no significant communication. Most men would rather offer an opinion on their football team than speak about the challenges of their marriage, comment on their battle against pornography, or the struggles of raising godly children. Men do not weep together, and they are sluggish to request help. We have to fix this.

Unequivocally, heterosexuality is biblical and good. It’s something created and sustained by God, for His glory and we should celebrate this provision. In doing so, we should consider re-calibrating our understanding of biblical masculinity. The truth is most of us have no idea what healthy and biblical masculinity really is. Yet, as a culture, we’ve decided that the progressive left are the experts on sexuality?! This is absurd. If we want to understand what biblical masculinity looks like, we need to go to Scripture. Genuine masculinity is better understood not in bench press reps, lavish sexual promiscuity, or even effeminacy but through integrity, character and the person of Jesus

In Christ, we find a wonderful leader, kind-heart servant, advocate, and a protector of peoples. He is perfect the embodiment of strength, wisdom, and integrity. He is slow to anger, full of love, honesty, patience, and mission-mindedness. He is infinitely strong, and yet, gentle and controlled. Not only did Jesus create masculinity, but He also became it in the flesh and preserves it to this day. One could invent many other ways to describe Jesus, but I think you get the idea. It’s this that men should strive to emulate, and it is these traits that we see demonstrated within Frodo and Sam.

Sam and Frodo’s affection for one another isn’t rooted in homosexuality or even effeminacy, but in servant-hearted love. It is a shame that so many only understand love through the context of sex. I touched on it earlier, but I feel the need to state clearly that anyone who says male hugging is effeminate, needs to read the New Testament closely. Consider John 13:23 which reads, “now there leaning on Jesus’ bosom one of his disciples, whom Jesus loved” (KJV). Interestingly, we also find God command, “Rise, Peter; kill and eat” (Acts 10:13, ESV), as well as, Paul instruct the church at Corinth “act like men, be strong” (1 Corinthians 16:13). Both are true. As men seeking to obtain biblical masculinity, we must be both tender and gallant. Our families and churches are starving for men who can be emotionally connected, as well as, moral and stalwart. It this balance in duality, perfected in the person of Jesus, that men should seek.

For those who desire deep masculine relationships, we must turn to Jesus. He had friends whom He loved, but he also felt the deep despair of loneliness. Let us not forget the night in The Garden of Gethsemane. He longed for His friends to simply stay awake and comfort Him, and they could do nothing but sleep. For, as the word of God says, “We do not have a high priest who is unable to sympathize with our weaknesses, but one who in every respect has been tempted as we are, yet without sin” (Hebrews 4:15, ESV). He recognizes and can offer aid in our darkest moments of hopelessness. Seek Him, trust Him and offer your vulnerability to Him. You will find no better friend than Jesus Christ. 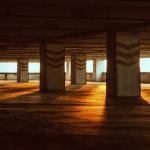 December 2, 2019
The Understructure of Infant Baptism: Covenant Theology
Next Post 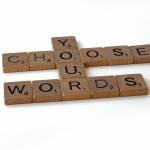 Vocation vs. Slavery
Cranach
Related posts from The Chorus In The Chaos 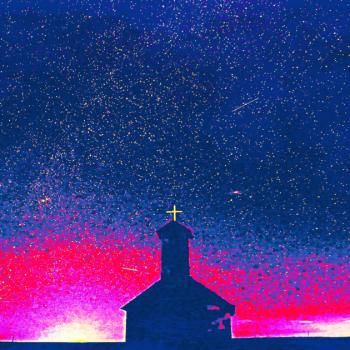 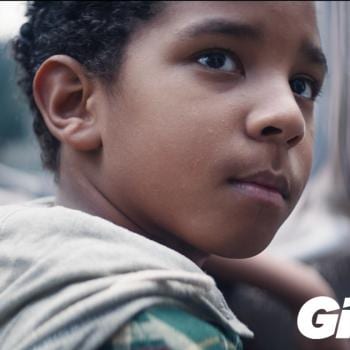 Evangelical
The Real Brilliance of the Gillette Commercial and...
The Chorus In The Chaos
TRENDING AT PATHEOS Evangelical