I am not one to revel in the national situation we have found ourselves in; with the frontrunners of the decaying two-party system being between a narcissistic liar and a mirror (both Trump and Hillary are equally deplorable choices, if the reference was missed). Then we have Sanders, which has garnered the support of the intellectually dishonest and historically ignorant. The interesting thing: Evangelicals are scrambling to support the famously coined falsehood of the “lesser of two evils,” whomever they subjectively deduce is the lesser of two evils (let’s be real, Sanders just won’t pull out in the end).

Yet the issue is systematic, caught between the sentimental drift of Nationalism, terror for what the opposing party will do to further infringe upon personal comfort, or a complete denial of ethical objectivity and submission to an inspired text. Some are guided by the principles of social platitudes which are swiftly condemned by the scriptures – others, by a forlorn hope in the radical demagogue, Trump, which boasts of equally condemned platitudes. Others still lack a basic grasp of world history (and one could argue, economics), but are blinded by their jaded status as a 99% (though they would be in the top 2% of the world’s wealth – but let’s just ignore that inconvenient truth) and are willing to compromise on biblical precedent for the sake of bad policy.

Interestingly though, all these things do is serve to show the functional idol of many professing Evangelicals in the public square, where it seems apparent that they have embraced the contrived idealism of a separation from church and state. It seems we like to separate these things, as if the ideologies and worldviews held by the irreligious, anti-religious, or members of various religions are without connection to the Sovereign One. Incidentally, the separation of church and state cannot ever truly take place, is a predominately Western ideal to begin with, and yet demonstrates the lack of connection these things have to worship.

All things are connected to worship – what differs is the recipient of one’s worship. Humans will do what humans do best: they will love and cherish something and demonstrate their heart’s delight and rationalize it away to appease the conscience. In this case, for those Evangelical voters supporting Trump, Hillary, or even Sanders (for some reason still), the object of one’s worship is not drawn from biblical precedent. People are simply not [yet] willing to maintain integrity in voting because they fear the earthly repercussions, yet justify it under the ignoble auspices, saying, “We’re not voting for a pastor-in-chief.” Of course you’re not. If a man was qualified to be a pastor out of our presidency, he’d likely be a better fit for the pastoral office rather than the Oval.

We’re talking about having a basic, moral compass by which a presidential candidate should operate with. But that would require, primarily, that we all have the ability to discern what that looks like in the first place. However, most identifying as Evangelicals in the States can’t quite clearly articulate the gospel, the Lordship of Christ, or even something as simple as what constitutes as sin (case in point: abortion or homosexuality). They can’t be bothered to unify around the text, yet surround themselves with company who wear the badge of “Christian” without any of the telling marks of one who submits to the truth of God – and delights in it. Or better yet, they align with one blatantly opposed to the very faith they claim – seemingly missing the point that they are out of step with the scriptures by their sanction alone. Surely, one’s faith does not hang on the balance of candidates – yet it certainly does reveal either the depth of or lack of its presence.

Voting is an act of worship, plain and simple. Who you vote for demonstrates where your affections are and if you are guided by the principles contained within scripture or affiliated with another, be it Nationalism, progressive social ideals, Socialism, a morally bankrupt candidate, etc. No, we are not voting for a pastor to fill the presidential office – but we are voting, or rather, giving our express support, sanction, and approval, for one who will not bear the sword in vain and blasphemy. Yet it seems many identifying as Western Christians are more concerned with results rather than integrity to the scriptures; others are simply concerned with systems opposed to God to begin with. Both will show their true fruits in the end. 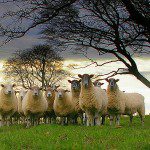 May 2, 2016
The Epistles Declare We Cannot Lose Our Salvation
Next Post 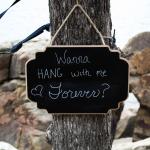