Evangelicals: Out of Love for God – Don’t Vote for Trump

Evangelicals: Out of Love for God – Don’t Vote for Trump March 3, 2016 Grayson Gilbert

I find it telling of many Evangelicals that embrace a sovereign God when they blindly appeal to social inaction, choosing poorly, or acting in downright sin. The most recent of such “tells” in the evangelical community has been with the upcoming U.S. election, wherein many, and I mean “many” to the full extent of its usage, are supporting a woefully immoral demagogue. I wrote recently on letting scripture master your polling convictions, only to have a plethora of evangelicals swiftly condemn me in order to justify voting for Trump. Folks, the writing is on the walls with this man. It is literally everywhere all at the same time, in bold, annoying font.

The rather interesting thing found in this though is that the large crowd of Trump-toting evangelicals not only ignores any sensible reason appealing to what should be important disqualifiers of said candidate, but actively seek to suppress the truth whilst appealing to it all at the same time. Read again: they suppress the truth – yet appeal to it. How is this so?

The most common objections to those crying out against Trump:

2.) You must vote for the lessor of two evils.

Let’s deal with these in reverse order, as I feel the weight of significance toward the end of this writing should deal with the most significant claim.

Trump is a Winner

What in the world does this have to do with anything when it comes to being under the authority of the scriptures? If you are a Christian, the scriptures presuppose the notion that you will be in submission to them. Beyond this, it is a commanded principle stated plainly over and again. I might ask: how is one in submission to scripture by voting for a man who has repeatedly made jest of anything holy? Take him to task on almost every single moral imperative in the scriptures and he will gleefully recount his escapades. The book of proverbs has much to say about such a man, as well as his confidants. Perhaps it is best if we master what the scriptures have to say about operating all of one’s life under biblical convictions.

**Pro-tip: it has little to do with being a winner in society. Second freebie: Trump is no winner…

One Must Vote for the Lessor of Two Evils

I’ll admit this phrase has a certain rhetorical power behind it that almost seems logical to adapt, however, it is patently false. Primarily, when faced with two evils, you choose neither. That is the biblical concept of an ethical dilemma; there is no occasion for sin to be committed on the basis of choosing the lessor of two evils. There is no sin, which put Christ to the cross in less brutal, agonizing form. Therefore, choosing the lessor of two evils is just a contrived way of saying, “choose one, which has the least negative potential outcome to my well-being.”

Again, what in the world does this have to with anything in the bible? Where do you find this to be permissible? Paul did not say, “Choose the lessor of murder and adultery, for grace abounds all the more with one of those.”

Secondly, this is a patently false notion of the right to vote. You can vote for whomever you please; it doesn’t have to be the two-party system, or even at all. This does not mean that vote, or lack thereof, is a vote for another candidate. That is a logically absurd and downright laughable, albeit poor, vacuous rhetoric. We do not embrace pragmatism simply because we won’t win; again, being a winner in society has very little to do with biblical Christianity.

Of course He is. Yet where in scripture does God’s sovereignty call one to inaction – or poor action? This state of affairs has nothing to do with rendering to Caesar what is Caesar’s by implication. You and I are not complicit to the guilt of their corruption simply because we are obedient to civil authorities. In the same token voting is not a complicit action (neither is rallying). You are actively casting a ballot, showing your allegiances and the treasure of your heart.

There is an inherit difference between lawfully (both in civil sanction and God’s mandate) paying one’s taxes, finding that tax money to be used in support of evil, and directly contributing that tax money to the evil organization. In the example of voting, you are not implicitly acting – but explicitly. You cast your vote, therefore, you are accountable for the one whom you desired to have as king. Methinks of an example from 1 Samuel 8, in specific, where one can see this principle carried out from it’s impetus through the remainder of Israel’s history.

Yet back to the main point – simply because God is sovereign and has decreed who will be president over us does not negate the need for action. Brethren, the church has never been socially inactive. The church has always been on the forefront of social change – and I don’t mean this to be solely relegated toward social justice movements that appeal to holistic enterprises time and again without concern toward the gospel. We all know of the churches that participate in humanitarian efforts, yet do not preach Christ crucified. The historic church, however, has not divorced the gospel from aiding the least of these.

It is time we consider the fact that one may not be able to vote with a clean conscious, or vote for a well-known and well-represented candidate out of fear of having another Democrat run the country. Again, we do not vote for pragmatic reasons, for fear of who might be in office, or because we want to win. We vote because we have been given the great privilege to do so – yet in that, we vote as slaves of Christ, having been given the greater privilege to not be slaves to Nationalism. 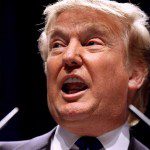 February 19, 2016
The Pope, The Donald, and The Church: Why Christians SHOULD Judge Others
Next Post 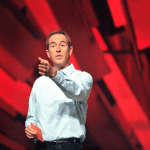 Does Theology Even Matter Anymore?
Roger E. Olson
Related posts from The Chorus In The Chaos