The Pope, The Donald, and The Church: Why Christians SHOULD Judge Others

The Pope, The Donald, and The Church: Why Christians SHOULD Judge Others February 19, 2016 David Bordy

Can you smell it? The political offense? Can you hear it? The sounds of bloggers and journalists frantically punching away at their keyboard, so eager to respond to the most recent nugget from
one, Donald J. Trump. The most recent of these media worthy Trump-isms involves his response to a quote by the world’s most influential pontiff, Pope Francis. Speaking only toward what was said, I believe the exchange went something like this:

Pope Francis (responding to a question on border security having just returned from a speech at, you guessed it, at the U.S./Mexico border): “A person who thinks only about building walls, wherever they may be, and not building bridges, is not Christian,” (Source: New York Times)

(This comment may not be as directly applied to Trump as some media outlets will try to convince you that it is, but for our purposes, we’ll leave that topic in the realm of speculation)

Donald Trump (responding to the Pope’s comments):  “For a religious leader to question a person’s faith is disgraceful. I am proud to be a Christian and as President I will not allow Christianity to be consistently attacked and weakened, unlike what is happening now, with our current President. No leader, especially a religious leader, should have the right to question another man’s religion or faith.”  (Source: www.donaldjtrump.com)

This goes back to an old truth widely known among the evangelical community, particularly in the American church: Christians are not supposed to judge people, especially other Christians. Judge not, lest ye be judged, right? So Mr. Trump’s comments would seem to be supporting that truth.

However, my contention is that this line of thinking, regarding judgment, is not entirely truthful, let alone biblical. While, I agree with the “judge not lest ye be judged” sentiment (in the way JESUS intended it to be understood), that does not mean that Christians are never called upon to make judgments. While I will not speak here and now to the ideas of putting up a literal wall (i.e. the border security / immigration debate), the goal of the post is to remark on putting up spiritual walls, walls of biblically founded judgments that Christians are supposed, nay, commanded to make.

For Christians who think we are never to judge anyone ever, let me say first that I think the Apostle Paul would disagree with you… and, second, let me lay out as clearly as I can, the text that prompted me to make that claim. Christians, Paul says, are called to judge… but not in the condemning, deconstructive way akin to punishment (only God can judge anyone in that way). We are not called to judge other Christians or even the outside world in this way. Rather, we are to judge a certain group of people (our local church congregation) in a constructive way, as Paul describes in 1 Corinthians 5:

”But now I am writing to you not to associate with anyone who bears the name OF BROTHER if he is guilty of sexual immorality or greed, or is an idolater, reviler, drunkard, or swindler—not even to eat with such a one. For what have I to do with judging OUTSIDERS? Is it not those INSIDE THE CHURCH  whom you are to judge?  GOD judges those outside. Purge the evil person FROM AMONG YOU”
(1 Corinthians 5:11-13, ESV, emphasis mine)

Sorry, Mr. Trump. Paul say that it is the job of Christians, especially Christian leaders, to judge other Christians; not for destructive, condemning purposes, but to edify those in their local congregation and (most importantly) preserve the purity and integrity of the Church of Jesus Christ. THAT’s why we have church discipline.  THAT’s why we elect godly, biblically-knowledgeable leadership. THAT’s even why we allow excommunication from our local bodies… not to negatively condemn the unrepentant sinner, but to positively urge them to repentance and reconciliation, to both Christ and His local body.

What surprises me most is the same Christians who don’t believe it’s our job to judge anyone, especially other believers, are the same ones who accept that we are “the salt of the earth”. How would a 1st century Jew understood being “salt”?  Well, first, let’s understand being “salt” in context. In Mark 9, Jesus puts it this way:

“For everyone will be salted with fire. Salt is good, but if the salt has lost its saltiness, how will you make it salty again? Have salt in yourselves, and be at peace with one another.”
(Mark 9:49-50, NRSV, emphasis mine)

Salted with fire? What does that mean? A 1st century Jew would have known. When an animal was sacrifice upon the blazing hot altar, the carcass was salted (Lev. 2:13, Ezek. 43:34). This, I surmise, was partly to keep the blood intact (rather than dripping off the altar) so that the entire sacrifice (blood and all) might be consumed. The goal of the salt was to keep the innocent blood (a token necessary for atonement of sins) intact in the body.

You see, in addition to the contemporarily obvious purpose of flavoring, salt also preserves. THAT is not only what He meant Jesus said that WE his followers are “salt”, but also what He meant when He said that if we lose that saltiness, we can’t get it back. Why are Christians in your local congregation to judge others there? To endlessly or frivolously point the finger? No.  To preserve the church. Think about every epistle in the New Testament. They’re all responding false teachings, in an effort to guide those respective bodies of believers into preserving the one true church, by preserving the one true Gospel of Christ that it hangs on.

It is when we STOP doing that, as many contemporary lay believers say we should, that we put ourselves are risk. It is when the church takes down the gospel walls that the scriptures put in place for its protection, that the church becomes susceptible and vulnerable. In keep with the analogy of the local church as a body, listen to what John McArthur had to say on this matter:

“The church basically suffers from spiritual AIDS. It could die from a thousand heresies because its immune system is so totally deficient.”

The great lie of the devil, folks, is to get believers to point fingers at each other, all the while ignoring the true enemy, who silently creeps into the church and destroys it from within. Another equally powerfully lie is to be afraid to rebuke, correct, or discipline any believer outside of ourselves. You believe in the bible, don’t you? Then you’d be good to remember that it’s not only to be used for “teaching” but also (2 Timothy 3 says) “for reproof, for correction, and for training in righteousness” (we tend to forget those ones).

In short, let me ask you one question. If your brother or sister in Christ, is driving a car at 90 miles per hour heading toward a cliff, would you do everything in your power to stop them from driving off that cliff? Would you wave your arms? Jump in front of them? Scream at the top of your lungs? Anything to get them to make a life-saving U-Turn? Sure you would. Would you do so, even if they got mad at you for “judging them” by your actions? Sure. Then why won’t we do that for them spiritually, especially when the damage is not only to themselves but also to the whole body? My contention is we should.

So again Mr. Trump…. If you are a Christian, as you claim, then we (your brothers and sisters who care about you) have every right to question your faith. (Jesus said we shall know His followers by their fruits)… We are not to question your faith in the sense of pointing the finger at you, but rather to question your faith for the sake of keeping our own Body pure and focused on Christ. That beloved gospel we seek to preserve IN the church (“salt”) is the same gospel that we seek to shine to our community OUTSIDE the church (“light”). We desire no one (Christian or not) to fall victim to the destruction of their own sin. With respect to our non-believing friends, Charles Spurgeon put it this way: “If sinners be damned, at least let them leap to Hell over our dead bodies. And if they perish, let them perish with our arms wrapped about their knees, imploring them to stay. If Hell must be filled, let it be filled in the teeth of our exertions, and let not one go unwarned and unprayed for.”

So here is at least one case where being “another brick in the wall” is not a bad thing. For like the walls that protect the church of the Vatican, there is a wall of greater size and strength that protects the precious life- saving gospel of Jesus Christ, as it is revealed in God’s holy and infallible word. It is there for our protection. God built it and He made Jesus pay for it, therefore it is worth preserving with every last fiber of our being. 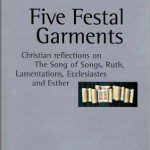 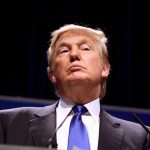