Forgiveness Does NOT Mean No Consequences

Forgiveness Does NOT Mean No Consequences May 24, 2017 Grayson Gilbert

The clear caveat I am making here is that I am not speaking of condemnation. The Scripture is resoundingly clear in saying that those who are in Christ, that is, those who have believed the gospel and repented, find forgiveness. Though the sin nature that still dwells in us seeks to wage war within our body and hold us captive to the law of sin – we know without hesitation there is no condemnation for those who are in Christ (Rom. 7:23-8:1). Furthermore, we know that the gift of grace is not like the sin of Adam, which brought condemnation; this gift has brought us life in Christ and justified us (Rom. 5:15-16).

We also know that our sins are counted as far as the East is from the West (Ps. 103:12); that if we confess our sins, He is faithful and just in the forgiveness of our sins and that He cleanses us from all unrighteousness (1 Jn. 1:9); that Christ, once and for all, accomplished our redemption (Heb. 9: 25-26). There is ample, Biblical witness to make this much clear: if you are in Christ, your forgiveness is sure because of the sufficiency and extent of Christ’s sacrifice – and it cannot and will not be taken from you, for He will keep us firm to the end, so that we will be blameless on the day of our Lord, Jesus Christ (1 Cor. 1:8).

However, there is not a single reference within scripture indicating that sin, even though forgiven, will not have consequences. In fact, just the opposite is maintained, as it is explicitly maintained that if the Lord does not discipline you, you are not only unloved by the Father, but you are not received as a son or daughter of God (Heb. 12:6, 8; Ps. 119:75; Pro. 3:11-12; Rev. 3:19). This is the purpose why those in Christ are not to make light of the discipline of the Lord (Heb. 12:5) and to count such disciplinary action against them as a blessing (Job 5:17; Ps. 94:12, 119:71). For though discipline is not pleasant at the time, it produces righteousness and peace for those who have trained by it (Heb. 12:11). The discipline of the Lord is indeed a good thing, as it brings us to share in His holiness (Heb. 12:10).

Yet notice that there is no qualification on the time length of said discipline. Instead, we find simply that there is the command to endure through the discipline because of what it will accomplish in you (Heb. 12:7). In fact, there is no commendation for being under this discipline (1 Pet. 2:20, 3:17). Instead, Christians are simply commanded to “strengthen the hands that are weak and the knees that are feeble, and make straight paths for your feet, so that the limb which is lame may not be put out of joint, but rather be healed” (Heb. 12:12-13). It is expected that if you do wrong, you will not only be judged accordingly and be disciplined by God, but that you bear under that discipline so that you may be restored.

First, there is an aspect here speaking toward right judgment of one’s self. Paul, though speaking in the context of division amongst the brethren, picks up this same exact theme in 1 Cor. 11. Paul highlights that due to the divisions and factions within the church, some who have participated in the Lord’s Supper in an unworthy manner became sick while others died (vv. 27-30). He then demonstrates that this is a form of discipline from the Lord. For what purpose? The discipline of the Lord in this particular instance had a means of keeping them from condemnation (v. 32). In other words, division within the church is not simply frowned upon, but if coupled with a cavalier attitude in taking the bread and the wine, can get you killed because you have profaned that which is set apart and consecrated. Discipline then serves the purpose of bringing Christians to sobriety – for God does not take sin lightly.

Secondly, there is an aspect to discipline that demonstrates rightful consequences to our actions. Though one may be forgiven for murdering an individual, it is right for them to bear the guilt of their crime. Likewise, it is right to not trust a gossip with confidential matters or allow a thief to have full, unsupervised access to the church’s bank account. One would also be quite foolish to allow a sex offender to work in the children’s nursery or give an adulterous wife/husband. There are ample applications to this principle, but the point is that forgiveness does not look like unabashed foolishness and blind trust.

Third, there is an aspect to discipline that demonstrates God does not take sin lightly. Sin is what put Chris to the cross, it is what has separated mankind from God and has carried countless people to hell, and it has produced innumerable, horrible conditions upon this earth as we sin against one another. Ultimately, those who are unreconciled to God will be met with an altogether terrifying level of judgment from God as He pours out His wrath upon them. It is richly described with metaphorical language likening this outpouring of wrath to a winepress being stomped upon – except the winepress will not pour out wine, but blood that shall reach the bridle of horses at a distance of roughly 183 miles (Rev. 14:20).

In all of this we must come to understand that forgiveness of sin certainly does not mean you will not be judged in any capacity. The Scripture teaches that you and I will be judged and held to account. We will not be condemned if we are in Christ, but we surely shall face judgment and be disciplined as a result. Furthermore, this discipline may be present in your life until the day you die. Think of David, who as a result of him taking census, brings a plague upon the nation of Israel that killed 70,000 men (2 Sam. 24). His response? “I have sinned greatly in what I’ve done…Please, let us fall into the Lord’s hands because His mercies are great…”

Think of David yet again, who as a result of sending Uriah to die and taking Bathsheba as his own wife, not only lost his unborn child but gave his enemies occasion to blaspheme (2 Sam. 11-12). His response? “I have sinned against the Lord” (12:13). In fact, the entire life of David is a testimony to the faithful discipline of the Lord on His servant. His household was in continual tumult, ending in the death of some of his own children. He was defrocked from his throne a number of times in the midst of revolt on all sides, brought continual war upon the nation of Israel, and more. The testimony of David’s life reveals the fact that not only was he esteemed as a man with a heart after God – but that in the midst of this, he was severely punished, but not condemned, for his wickedness.

When we look at another’s sin and pardon them without hesitation, saying that they not only deserve forgiveness, but no punishment whatsoever, we not only preach a half-truth, but demonstrate we have little concept of the utter holiness of God. Sin is never something to be taken lightly. Sin always has consequences. The reality of death even demonstrates that though forgiveness can be found, there is yet punishment for sin. Some will also suffer loss in Heaven as a result of their sin, even though they will be saved (1 Cor. 3:15). The sad reality is that most have simply bought into the lie that sin deserves no recompense, and in so doing, they have not only cheapened the sacrifice of Christ, but the offense of their sin before a holy God. 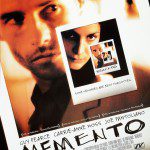 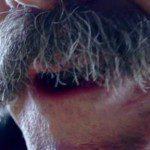 May 26, 2017 LifeWay Debuts Paul Tripp Mustache to Equip Biblical Counselors
Recent Comments
10 Comments | Leave a Comment
Browse Our Archives
get the latest updates from
The Chorus In The Chaos
and the Patheos
Evangelical
Channel
POPULAR AT PATHEOS Evangelical
1

Let's Talk about Original Sin--Theologically
Roger E. Olson
Related posts from The Chorus In The Chaos

Evangelical
3 Books Every Christian Must Read to Survive...
The Chorus In The Chaos
TRENDING AT PATHEOS Evangelical