A Gay Wedding, Catholic School, and ACLU Walk into a Bar

A flurry of coverage has erupted from nearly every major news outlet over the recent nuptials of Catholic school teacher, Jocelyn Morffi, and her fiancé, Natasha Hass, and Jocelyn’s subsequent firing from her job. At first blush that might seem a little surprising – yet here’s the rub: her job at a Catholic school was terminated because her conduct was in opposition to the institution’s bylaws, her own contract, and the Catholic Church’s position. While ALCU hasn’t gotten involved as of yet, it would hardly be surprising given their involvement in a similar case this time last year.

What shocks me most about this entire exchange is that the Catholic institution is behaving like a Catholic institution. Here they are clinging to their doctrinal beliefs, like the little sycophants they are – all out of this insane idea that one’s doctrinal beliefs ought to be reflected in reality. I mean, who does that??? What sort of people do you have to be to actually enforce the embodiment of your faith for an institution under the auspices of that faith?

All sarcasm aside – this little satirical excursion gives purpose here. The point being: it is asinine to assume a Catholic school, under the jurisdiction of the Catholic Church, no less, will not seek to walk according to Catholic teaching. Yet it serves a second, larger point: our culture is not content with a religious organization acting out those convictions within their own religious institutions. This is a big deal. It is not of minimal significance – yet it is also not a surprise.

Governments have always functioned in a manner that denies rights to some individuals. You aren’t free to do whatever you want with your body; no one is permitted to drive down the freeway without clothes on. Murderers are not free to gallivant around, fulfilling their desire to take another’s life. The list goes on.

What this plainly indicates to us is the notion that at some point down the line, someone’s autonomy will be infringed upon for a specific purpose. More clearly, a people group will be alienated in favor of another people group. Now, this has obviously gone awry in many instances in our brief history as a nation, but for the most part, the nation has set about this task and each new generation has sought to further this goal.

The difficult part to play in this discussion always surrounds the hot-button issues of the political and cultural climate. As the nation looks toward progress, deliberation must ensue and competing worldviews collide. When this becomes detrimental, of course, is when the assumption is made that the government has acted in a proper fashion.

Unfortunately, much of this assumption is built upon the presuppositions of an agenda that seeks to undermine the very historic principles that granted it. Quite simply, the push for the government to bestow “rights” upon one people group comes without reflection on the function of that government. Contrary to the sentiments of post-postmodernists, which are generally postmodernists with a new mask, it is not to make you happy.

The Function of Government

In short, the function of the government is to establish order, peace, and righteousness in the land under the auspices of her Creator. The government, or magistrate, is to function as God’s arm of retribution to the evil doer, and the rewarder of the righteous. In a perfect world, this entity is to be in full submission to the truth of God, operate for the purposes of God, and implement His righteous standards.

I am not advocating for a theocratic nation in the strict sense, but I am advocating that the government’s function, as dictated by the Scriptures, is to be an arm of justice for God. So yes, they do in fact have the jurisdiction to legislate morality – they just rarely do so. To be clearer, the government’s role does not always meet the desires of the church, nor the nation, even though they should act in accordance to God’s decree. Nonetheless, they are under the sovereign hand and direction of the Lord as they set about accomplishing His purposes. Therefore, their ability to abide within His decree does not negate the function, power, or responsibility to enact their God-given power.

The reason for this is abundantly clear when we approach examples of wicked governments within the corpus of the Scriptures: God can and does use a wicked nation to judge other wicked nations (or His own people), yet then also turns to judge that wicked nation for acting wickedly in their judgment of the other nations He appointed them to judge. Make sense? Likely not, but read it again in another way:

God ordains both the wicked nation to act as the means of executing His judgment, and then holds them responsible for violating His standard when they act as His ordained means of judgment. Functionally, whether or not they over-reach their jurisdiction does not revoke the jurisdiction that God has appointed them. They still operate as an arm of His judgment and people are still subject to their authority. Yet for their over-reach, they shall surely face wrath in the same measure as those whom they enacted His judgment upon.

This is troublesome to many, especially those who do not see the extent of God’s sovereignty in such a manner, but the reality is that this has been demonstrated time and again in Scripture. Furthermore, it ought not surprise us in the least, especially seeing that the powers and principalities at play in this world are behind every one of these institutions.

What Does All this Have to Do with the Gay Wedding of Jocelyn Morffi and the Catholic School?

The constant push of the culture upon the government in recent years has had serious repercussions for religious people and institutions. Beyond the mere fact that “freedom of religion” has come to mean “freedom from religion” to modern ears, it is no longer enough for religious people and institutions to hold such convictions in reality. The contents of one’s beliefs must not be acted upon, lest they infringe upon the purported rights of another.

To the culture, it matters not that a Catholic institution has made these self-governed regulations to promote their own institution’s fidelity to them. Consequences be damned, for fidelity to these regulations is fine for the willing, but for the unwilling, they mustn’t be enforced. I fear that some might not truly grasp the significance of this. This is not a polite disagreement of ideals and beliefs, it is a matter of saying the institution has no right to govern its own affairs when it comes to gay marriage.

Public outcry is being leveled against these institutions, and the mainstream media is fueling the outcry. It is not a matter of a small business, corporation, etc. – but a historic, faith-based institution itself. It is a fundamental denial of freedom of religion, and if the national course continues to capitulate to the culture, a fundamental right granted upon the foundation of this nation will actually die. More to the point, the biblical function of the government will continue to turn against the God who has appointed them in a position of power.

What happens in the coming months and years following the firing of Jocelyn Morffi will undoubtedly shape the future of the church and our nation. We’re actually talking about a point where legitimate civil disobedience might be required of the church and they would not simply face being ostracized by the culture, but severe repercussions for standing firm against the tides.

What will it look like for a church to fire an unrepentant homosexual employee?

What will it look like when a homosexual couple requests to be married at a given church?

Churches have already been legally advised to implement policies and standards for all employees that build these scenarios in. That started with the early lawsuits against Christian-owned companies, as they continued to be targeted. Realize – the council that was given was precisely what this Catholic school is in hot-water for in terminating Jocelyn Morffi, and likely will face scrutiny from the ACLU, given the story’s rise to national prominence in a matter of hours.

I am no prophet, nor the son of a prophet, but I know from Romans 1 that this nation is already under the judgment of God. Secondly, and this is just a hunch, I am growing more convinced that the church itself is under judgment, as the Lord is sovereignly appointing these times in our midst so that the goats will be separated from the sheep and His bride will be purified. I also know that the wicked nation which judges the church, shall be judged accordingly. I am also keenly aware that these ideals will die at the eschaton when the demonic forces behind these things are subjugated underfoot of Christ.

The pace at which this seems to be happening though is perhaps the most alarming thing to me. It isn’t alarming because I am afraid of what man may do – I am legitimately afraid on behalf of the broader American church. Despite the numbers, I am hesitant to say if actual, fierce opposition to the gospel came, how many would actually remain. 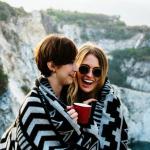 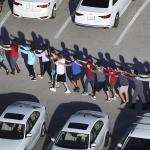 February 15, 2018 The Parkland Shooting Reveals the Baser Instincts of All Men
Recent Comments
24 Comments | Leave a Comment
Browse Our Archives
get the latest from
The Chorus In The Chaos
Sign up for our newsletter
POPULAR AT PATHEOS Evangelical
1

The 2021 SBC and the Cost...
Anxious Bench
Related posts from The Chorus In The Chaos 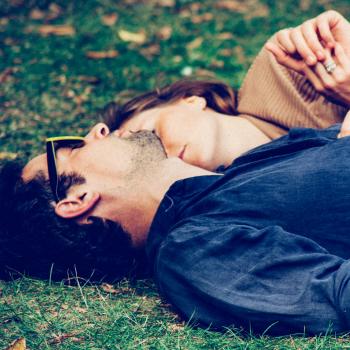 Evangelical
Two Stupidly Simple Pieces of Advice for the...
The Chorus In The Chaos 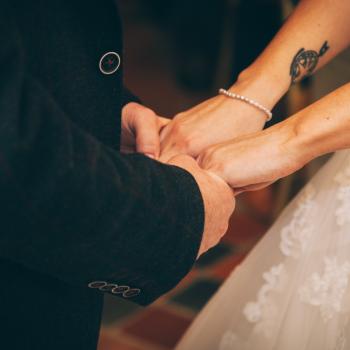 Evangelical
On Debt-Free Virgins without Tattoos – Stop being...
The Chorus In The Chaos
TRENDING AT PATHEOS Evangelical