Truth be told, it matters very little if one experiences hypocritical Christians when considering if the revelation of the scriptures is truthful. Hypocritical Christians do nothing, in fact, to invalidate the truth claims of scripture. I would move one step further in saying they can’t invalidate the biblical witness. Truth, by nature, is not revoked, invalidated, nor bearing any negative connotations by those who hold to it in word but find themselves abdicating obedience in deed. Those laying burdens upon others without lifting their own finger deserve the appropriate title and judgment from unbelievers due to them; this is, after all, less severe than the judgment upon certain hypocrites who have made shipwreck of their misplaced faith.

However, hypocrites don’t have any additional power and skill to actually invalidate truth. Truth is objective and transcendent, meaning that man hasn’t the ability to change what is true. Truth, by quality, is irreducibly true. It cannot be made false. Thus, the question is not whether the one speaking of truth invalidates said truth – but if the matter is qualitatively true in and of itself. The messenger’s credentials might be severely wanting, yet the message remains untainted due to the nature of truth. The standard is set a wee bit higher than many would like to acknowledge – yet even for those who do and remain in unbelief, they lower the bar as if they are still dealing with men rather than God. As if, by some intrinsic right, they have the moral and intellectual high ground to shake their fists at God. We are not speaking in terms of human conditions; we are speaking in terms of the glory, holiness, and utter perfection of the Lord. We are speaking of that which is totally “other” than mankind.

Now, one might faithfully argue that the hypocritical Christian’s own integrity to the faith can be questioned – but that is a completely different conversation than if the biblical witness is truthful. Their hypocrisy may serve as a means by which those outside of the faith may blaspheme God – yet ultimately, this blasphemy is not warranted and will be judged. Why? We go right back to square one: hypocritical Christians don’t invalidate biblical truth claims. The nature of God, His commands upon all nations, His mercies in common grace to all men, and more – is testimony toward His unending faithfulness and loving-kindness even when those whom He commissions are unfaithful and unloving.

Secondly, all things generally revealed in nature about God are testimony to the truthfulness of that which is specially revealed in the scriptures. In all of these things, one simply finds no place to hide from the magnanimous grace afforded to mankind in simply finding your next, unconsciously taken breath. Every single thing about you screams the Creator’s handiwork. Yet this pales in comparison to the revelation of the scriptures that many would reject or seek to diminish. If the scriptures consider that all men have sufficient knowledge in creation to reveal the character of God – consider the one with access to the fullness of God’s revelation in the scriptures doubly satisfied. God’s glory is so manifestly revealed to mankind that they are without excuse in their rejection of Him.

The interesting thing is that hypocrites are beholden to moral terms and ethical conditions that most are quite aware of. Yet rather than reconciling with the truth claims therein, it is far easier to simply reject them on the basis of one’s hypocrisy and move on. The intellectual high ground of man will never ascend the peaks, so to speak, and beat God. They may beat the god of their own concoctions, yet the God of the scriptures they shan’t ever “throw off the shackles.” Enlightenment ideals and relativistic subjectivity simply won’t do. Yet ultimately is has very little to do with one striving to prove the truth claims of the scriptures. Most wish to have nothing to do with something so grueling; they’d prefer to quote others, ad nauseam, who have done just as little to disprove the validity of the scriptures. Some have done a bit more heavy lifting – yet rejection of said truth claims, or twisting them to fit one’s agenda, again, does nothing to invalidate the claim.

The conversations I have with those who reject the Bible do so because they reject Christ. Christ makes particular demands upon a person’s life that we cannot escape if indeed we are to genuinely be a Christian or even recognize the truthfulness of the scriptures. These demands fall under His rightful jurisdiction as Lord and are on full display in the Bible. It is far easier to dismiss the claim than to research it and test its veracity. Yet in the end it is blindness. Blindness that is their modus operandi, or more simply: their “way in which they operate” by default. It is that blindness caused by sin.

When a dear friend or family member rejects the scriptures it comes full circle back to their rejection of Christ simply because they have, in their blindness, seen that sin is the more dear treasure than Christ. If the reverse were true, they would study and study until their eyeballs fell out in order to see that which is hidden, yet in plain sight. In the end though, most wish to feign as if they have made such a study. Instead, many would simply say they have and cite examples of hypocritical Christians, or the actions of the god they have concocted to seek and justify unbelief. 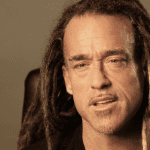 January 19, 2017
Is the Cross a Revelation of My Value? A Response to Todd White
Next Post 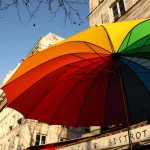 January 24, 2017 We Can't Agree to Disagree on Homosexuality
Recent Comments
23 Comments | Leave a Comment
"Missing her point, which is fear. Whether its fear of catching the virus or fear ..."
Carrie Chwierut An Act of Thankful Civil Disobedience
"the point is fear is fear, and giving in to it is a choice."
Carrie Chwierut An Act of Thankful Civil Disobedience
"Actually, I go back to my work, where I'm required to be tested monthly. My ..."
Carrie Chwierut An Act of Thankful Civil Disobedience
"Why would The Lord take a sign His Father still places into the sky? Father ..."
Chari McCauley A Christian’s Reflections on the 2020 ..."
Browse Our Archives
get the latest from
The Chorus In The Chaos
Sign up for our newsletter
POPULAR AT PATHEOS Evangelical
1