Is the Cross a Revelation of My Value? A Response to Todd White

At the outset I want to make my purpose in this article clear: I will respond to the claim of Todd White in this video that the cross of Christ is not the revelation of the depth of sin in the sinner but the revelation of the sinners value. I am not making any statement as to whether I believe Todd White is saved or not, that is up to God alone. Nor am I responding to everything White says in the interview or even saying that everything is wrong. My only purpose is to make clear that White’s view of the cross given in this video is anti-biblical and leads to serious error. I have written a brief response to one of White’s longer teachings here.

In this interview, Todd White makes the argument that Christ died on behalf of mankind because mankind was worth dying for, i.e. one can look to how much Jesus suffered as an indication of his worth.[1] White makes these statements:

“The cross to me isn’t the revelation of my sin, the cross is actually the revealing of my value.” (1:11)

“If [Jesus] became sin so that I might become the righteousness of God in Christ Jesus, then the cross is a revelation of my value.” (1:30)

White goes on to give the analogy of buying a car, making the point that when someone buys a car he pays what the car is worth, he doesn’t pay $88,000 for a $22,000 car. Concerning this he says, “If something on the earth the price that you pay for it determines its value, how much did heaven pay, how much did Jesus pay to get us back, I mean heaven went bankrupt. So the value of a person is determined by the price that was paid for it.” (2:12)

This short video exhibits the man-centeredness of Todd White’s theology and requires some response.

This brings me to my second point; White tries to use 2 Corinthians 5:21 to support his interpretation of the cross of Christ. He says, “If [Jesus] became sin so that I might become the righteousness of God in Christ Jesus, then the cross is a revelation of my value.” This is a complete non sequitur; the implication from 2 Corinthians 5:21 is not that my value was so great that Christ died for me, but that my sin was so great the Christ died for me. If, taking my sin upon Himself, Christ had to endure the terrible agony of the cross – that is a manifestation of the enormous magnitude of my sin.

Third, White’s analogy of a car does not apply to heaven. He says, “If something on the earth the price that you pay for it determines its value, how much did heaven pay, how much did Jesus pay to get us back, I mean heaven went bankrupt. So the value of a person is determined by the price that was paid for it.” In response to this we must ask, why did Christ die? Why was it necessary for the second person of the Trinity to take on a human nature and die a gruesome death in order for humans to be saved? If White were to answer, “to show mankind’s value” then would Christ have had to die if Adam had not fallen, surely unfallen man is no less valuable than fallen man? His view of Christ’s death fails to account for why it was necessary. Furthermore, his analogy with the car utterly breaks down when applied to Christ and sinful humanity. The New Testament does not portray Christ’s redemption of sinful man as purchasing an object of great value, but as paying a great debt. Ephesians 2:1-3 describes sinful man as, “dead in trespasses and sins,” “following the prince of the power of the air,” “sons of disobedience,” “carrying out the desires of the body and the mind,” and “by nature children of wrath.” It is in this estate that God loved us (v.4) and made us alive with Christ (v.5).

Similarly, Romans 5:6-10 says, “For while we were still weak, at the right time Christ died for the ungodly. For one will scarcely die for a righteous person—though perhaps for a good person one would dare even to die—but God shows his love for us in that while we were still sinners, Christ died for us. Since, therefore, we have now been justified by his blood, much more shall we be saved by him from the wrath of God. For if while we were enemies we were reconciled to God by the death of his Son, much more, now that we are reconciled, shall we be saved by his life.”

Consider the descriptions that Paul gives for fallen man here, “ungodly…sinners…enemies.” Paul does not say, “at the right time Christ died for the worthy/valuable” as one would expect him to say if he held to the same view as Todd White. Furthermore, Paul argues that since we have been justified by Christ’s blood (i.e. His death on the cross) we are saved from the “wrath of God.” This gets right to the heart of the utter misinterpretation of the death of Christ that White promotes, according to his view, to whom did Christ pay when He died on the cross? The biblical answer is clear; by dying in the place of sinners, Christ satisfied the wrath of God against sin. Every sinner deserves death for “the wages of sin is death” (Romans 6:23). Yet those who are saved do not receive death because Christ has become for them a propitiation (Romans 3:25), that is, a sacrifice to satisfy the wrath of God.

In addition, White’s logic turns grace on its head. Consider his analogy of the car. Laying aside for now exactly who the price is paid to in order to purchase the car, when a car is purchased, the seller does not thank the buyer for giving him a large gift of money. Similarly, a very talented employee does not thank his employer when he gets his paycheck, as if it were a gift, for it is not, the worker deserves his wages. This is exactly Paul’s point in Romans 4:4-5, he says, “Now to the one who works, his wages are not counted as a gift but as his due. And to the one who does not work but believes in him who justifies the ungodly, his faith is counted as righteousness.” White’s position, taken to its conclusion, forces us to say that when Christ paid for us on the cross and that payment is applied to us by the Holy Spirit, that it is because of our worth and is therefore not a gift. Back to Ephesians 2, God made us alive in Christ so that He might display His perfections (2:7) – not because we were worthy. If we were worthy, then salvation is no longer the gift of God. If Christ died for us because we were worthy then grace cannot be said to be unmerited favor, for we deserved it. In fact, it would have been unjust for God to not give us grace and in showing grace to us He was just giving us our due.

This leads to my fourth and final point: saving sinners was not the ultimate end of Christ’s death, but rather, it was the glory of God. Colossians 1:15-18 says, speaking of Christ,

He is the image of the invisible God, the firstborn of all creation. For by him all things were created, in heaven and on earth, visible and invisible, whether thrones or dominions or rulers or authorities—all things were created through him and for him. And he is before all things, and in him all things hold together. And he is the head of the body, the church. He is the beginning, the firstborn from the dead, that (ἵνα) in everything he might be preeminent.

Paul says that all things were created through Christ and for Christ, and that He is the firstborn from the dead in order that might be preeminent. The works of God, from creation to redemption are all focused on the preeminence of Christ. Similarly, in Romans 8:29 says, “For those whom [God] foreknew he also predestined to be conformed to the image of his Son, in order that (ἵνα) he might be the firstborn among many brothers.” God’s eternal plan to save sinners and change them into the likeness of His Son was in order that Christ might be preeminent among them and that they might worship Him. Ephesians 2 also speaks of this, Paul says that God has made us alive together with Christ, “so that (ἵνα) in the coming ages [God] might show the immeasurable riches of his grace in kindness toward us in Christ Jesus.” God has saved a people for Himself in order that He might put on display the full range of His attributes, specifically His grace, mercy, and kindness toward the saints. Christ did not die because we were worth it; He died because the glory of God was worth it.

Let me close by saying that I am sure that many, if not most, of the people who listen to Todd White do not take his teachings to their inevitable conclusions. I am sure that there are many among them who would recoil at any suggestion that grace is not a gift or that Christ did not take on the wrath of God. Yet I hope they will be warned about the dangerousness of White’s man-centered theology. I will end with two quotes from an interview with John Piper, where he addresses the question, “Does the Cross Show How Valuable I Am?”

[1] I will not address, but it is worth noting, the fact that this interview was on TBN (Trinity Broadcasting Network), a network well known for broadcasting the teachings of many false teachers. 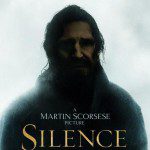 January 15, 2017
Martin Scorsese's Silence: Is Some Soil too Rocky for Jesus?
Next Post 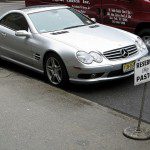 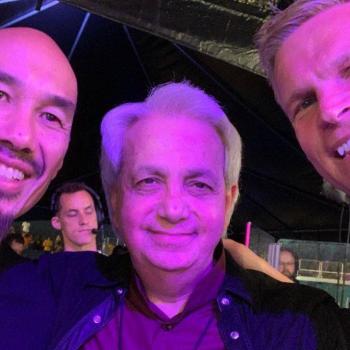 Evangelical
Francis Chan - Please Stop Hanging Out with...
The Chorus In The Chaos 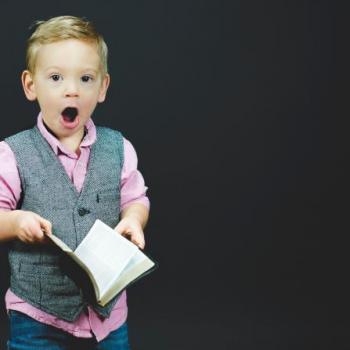 Evangelical
Love Does Not Equal Acceptance of Who You...
The Chorus In The Chaos
TRENDING AT PATHEOS Evangelical