I Never Thought I’d Say this, but: In Defense of Kanye West

Kanye West has been making waves concerning his newfound faith and there are generally one of two reactions among Christians: cautiously optimistic or overtly pessimistic. For those who land hard and can’t believe this to be real–listen, I get it. I have the bar set incredibly low on humanity as a whole, partly because my theology dictates that sinful people are innately good at sinning. I believe that even Christians are expert sinners. Spoiler alert: that’s kind of the whole theme to the Christian faith. No matter what progress in holiness; no matter how much you continue to give and serve; no matter how theologically precise your doctrine or informed your practice, you are still worthy of damnation. That’s the raw deal. You will never be more worthy of salvation than when you first received it, which is to simply say: you never were worthy of it to begin with. That doesn’t relegate these things to adiaphora, but it does allow us to focus more clearly to the topic at hand concerning Kanye West.

I’m also the guy who loves sound doctrine and practice; I have written upon several people who have ditched orthodoxy or folded under the pressure in the past and that will likely continue if the Lord wills. I have a desire to become a pastor in a local church so that I can shepherd people toward a great love of and devotion to our King. I’m convinced to the core of my being that the only way this is accomplished is through the Word of God working in conjunction with the Spirit of God. I’m also convinced that this process changes the nature of genuine converts, implants new desires in them, and conforms them to the image of Christ (which means they walk in holiness). Part of this role will invariably be geared towards recognizing and confronting a lack of these things–yet if I approached a seasoned Christian the same way I approached a new Christian, I would be utterly foolish.

Remember where you were when you first professed faith in Christ. Seriously. Take the time to think of all of your foibles, all of your battles with stupid sins, and all of the cringe-worthy things you believed in ignorance. If you’ve been a Christian for a long period of time, just think of where you were even five years ago. Even if, somehow, you came into the faith with perfect doctrine, the ability to translate the book of Hebrews from the original without a modicum of Greek comprehension, and the superlative wisdom of Solomon himself–picture, for a moment, that wonderful illustration Paul gives us of new converts as children in the faith.

In many ways, children are quite literally inept and helpless. They need help eating; they are essentially immobile–and then when they do become mobile, they walk like drunks. They can’t use the bathroom properly–and then when they learn to use the bathroom, they still can’t use it properly for some time yet, especially if they’re a boy. They’re messy, ignorant, loud, and often inconsolable over the most trivial of things, and yet they are an incredible blessing from the Lord and it is our responsibility as parents to shepherd them. It is our responsibility to reign them in and raise them in the fear and admonition of the Lord. We intrinsically recognize that process takes time; we do not expect a two-year old to act as a ten-year old, yet neither do we accept the toddler-like behavior of one who has grown well beyond the toddler years. My point in all of this is not to say Kanye West is above scrutiny just because he is a babe in the faith, but that we simply adopt an attitude of incredible grace and charity.

I hate to think of what some would do to the new believer in their midst, or even the poorly taught one who came to their congregation. I wonder what kind of hoops these people would have to jump through in order to pass the orthodoxy test when they have just begun to suckle upon the pure milk of the gospel. I also have to wonder how many of these people have actually discipled a young convert and experienced what kind of patience, grace, love, joy, frustration, appeals, exhortations, rebukes, and instruction, goes into that process. I ponder if they have ever felt the weight of this responsibility, all the while as they sit in private prayer confessing their own inadequacy to shepherd this young soul. The reality is that if you’ve discipled someone, you do know this stage is quite a delicate one, not only for the new Christian, but even for yourself. The temptation to think too highly of one’s self is ever-present.

If Kanye West is in the faith and the seal of the Spirit is upon him, trust me, he knows some things have to change because the Spirit is at work within him, convicting him of sin, righteousness, and judgment. That’s a verifiable fact. At some point, there is need to see evidence of regeneration; there is need to see the Spirit is genuinely at work within the heart of one who professes Christ. However, I am simply going to suggest that if you drag up a litany of past deeds that you need to see Kanye West repent of in a very public fashion before you’re willing to give this man some benefit of the doubt, you’re advocating a double-standard you’d never be willing to face yourself. Based on all initial, measurable criteria–I have to take Kanye at his word, and what’s more than this, I actually see a greater evidence of genuine faith in him than I see in many others in the online community. Even his “Sunday Service” has evidenced a greater gospel focus than many of the most popular Evangelical bands whose playlist more closely resembles a Taylor Swift album than one of worship. Incidentally, it’s also not like he’s made a foray into Christian music in order to transition to the secular world of hip-hop, like many a “Christian artist” has done in the past.

This is not to say I give a fully-fledged thumbs-up so as to say he’s rock steady. It is, however, a way of simply stating that you ought to be more inclined to take the man at his word, wait, and see if that confession of hope in Christ lasts. He is going to fail. He is going to slip up. He is also more than likely not going to fit your theological grid perfectly–and all of that is truly ok. If God is pleased to save a wretch like you, why not Kanye West? If this work in Kanye is of God, it will stand. The truly amazing thing about God is that He is always up to something so much bigger than all of us. Always. I may end up eating my words in ten year’s time, but I’d rather be found guilty of holding out on the hope that God is working in someone than finding myself to be fighting against God in His great work to save sinners. 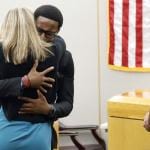 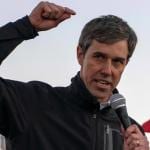 October 14, 2019 Why Beto Is Good for the Gospel
Recent Comments
0 | Leave a Comment
"“Then I inquired of one of the angels, who went with me, and who showed ..."
Cmogruder Why Having “No Creed but Christ” ..."
"Good points! The Jesus only position ignores the problem of interpretation. Some truths are simple, ..."
Roger McKinney Why Having “No Creed but Christ” ..."
"Tell this all to the mothers and their sons in Russia, who are cast into ..."
Sandy Plage God Works All Things for Good
"Okay, fair enough. What was your question again?"
Joseph Birch Total Depravity: A Critical Lesson in ..."
Browse Our Archives
Related posts from The Chorus In The Chaos 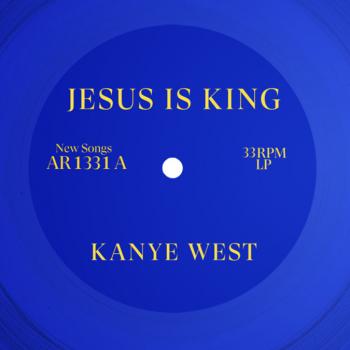 Evangelical
'Jesus is King' by Kanye West, a Track-By-Track...
The Chorus In The Chaos
TRENDING AT PATHEOS Evangelical