Jemar Tisby, Do You Do Well to be Angry?

Jemar Tisby, Do You Do Well to be Angry? October 4, 2019 Grayson Gilbert

Jemar Tisby recently wrote in response to Brandt Jean’s incredible display of mercy toward his brother’s murderer,  Amber Guyger. If you haven’t read the piece, I would encourage you do so simply so you understand what I am referencing to here throughout this post. It is helpful, for example, to see that Mr. Tisby makes some unsubstantiated, yet nonetheless assumed claims in the piece:

“Although Christians of different backgrounds shared a variety of responses, this moment was especially celebrated by white Christians. It seems to indicate a desire to hastily move on from the wrong done and offer a perfect picture of reconciliation.”

However, what strikes me as odd in this is not the broad-brushing of an ethnic group, but the overall tenor of his piece: it’s all good and fine if Brandt desires to express mercy as a Christian, but no white Christian ought to presume this type of behavior from black Christians. The reason I find it odd is, again, it assumes white Christians are preoccupied with the notion of collecting on mercies from every black person. In other words, Jemar Tisby starts with the assumption that an entire ethnic group has sinned in a systemic fashion, and the only way this ethnic group assumes this tension will be solved is if they are absolved of their sins by their black brothers and sisters. He starts with the premise that this particular ethnic group is guilty vis-a-vis their ethnicity and then likewise assumes this ethnic group can only come to terms by presuming upon mercy. What’s remarkable to me is that at this point, this whole debacle becomes oddly like what we find in the book of Jonah.

I know you know the book of Jonah–most people are familiar enough with the story in our culture, even without a church upbringing. Many Christians would be quick to tell you that Jonah is a book about a rebellious prophet who flees from God because he doesn’t desire to see a people called the Ninevites experience God’s mercy, and they’d be mostly correct on that. The book itself undoubtedly carries these themes, but it is primarily designed to teach us something incredible about the God of the Scriptures: God loves to show His mercy. God loves to give grace even though He has the full right and authority to pour out unending, unyielding wrath instead.

However, I do ask for just a brief moment of indulgence, as what is perhaps not so widely known about the book of Jonah are some of the subtler things happening behind the scenes. Jonah himself is a prophet during the reign of King Jeroboam II, which means he’s a contemporary of the prophet Amos. For our purposes, that means that at roughly the same time Jonah is called to go to Nineveh, Amos is prophesying against Israel, specifically telling them this incredibly powerful nation is going to rise against them and bring them to ruin, slavery, and terror. You may have guessed it by now, but that incredibly powerful nation is Assyria, whose capitol city is Nineveh. Knowing this, it isn’t all too difficult to understand why Jonah despises the Ninevites.

They’re an incredibly wicked people who are known for their brutality, idolatry, and cruelty. They were known, not only for child sacrifice–but for their expertise in killing anyone who disagreed with them, stood in the way, or simply spoke against them. If you were a noble, they might either impale you on giant spires and let you slide down to your death, or simply flay you open in the public square. If a soldier, they might kill you right away after the battle, or simply lop off your hands, feet, ears, nose, fingers, etc., so you’d become a barely living, perpetual example. You might hate the Assyrians; you might even fear them–but the one thing you surely didn’t desire to do is come against them, and they wanted to make sure you understood that plainly.

These were the people coming to Israel–Jonah’s people, to persecute and enslave them, and Jonah despises them for it. If we’re honest with ourselves, it isn’t all that difficult to sympathize with Jonah. Put yourself in the prophet’s shoes and just imagine that someone was coming after your family and your nation. Imagine them coming after your local church. Heck, put yourselves in the shoes of African Americans and imagine that someone lynched your ancestors, put them into chattel slavery, raped, beat, flogged, and starved them, and more, for centuries without much hesitation. It isn’t all that difficult to sympathize yet again, namely, because we innately recognize the injustice and evil behind it.

Put yourself, yet again, in the shoes of another: this time you’re a young man whose brother was shot and killed by a police officer, in a nation utterly divided on everything. You find the murderer before you, weeping, perhaps for all the wrong reasons–but perhaps, just maybe, for all the right ones. You can’t weigh the heart, but you can read the tear-soaked face of a 31-year old white woman and you can’t quite help but give her instant absolution. You give her precisely what she doesn’t deserve: mercy. Of course, when she gets it, all hell breaks loose and you’re called a liability to your race, a traitor, an Uncle Tom, and more, all because you dared to offer the same scandalous grace you didn’t deserve to the person in the room who doesn’t either.

It can easily be argued that Jonah’s reaction should have been like Brandt’s; the Ninevites did not deserve compassion, forgiveness, nor even the breath they were given. Amazingly, what we find from God is that he does the exact thing Jemar Tisby says whites ought not to expect: instant absolution. What’s more than this, He requires it of Jonah–yet Jonah wants what’s fair in his mind. Jonah’s expectations are swift, merciless wrath and he doesn’t care what happens in order for that outcome to transpire. Jonah didn’t care if he died, the sailors died, or even 120,000 people along with all their livestock died. Yet what God prioritizes in this account is compassion and that’s the incredibly remarkable, yet scandalous nature of grace at play before our very eyes. God doesn’t draw nearly enough attention to the injustice of the Ninevites; instead, what He draws attention to is Himself.

Again, I wish to ask Jemar Tisby: do you do well to be angry?

In a moment where this young man exemplified Christ more than most of us have ever even thought of, you prioritized justice, a justice no-less, demanded from a large, ethnic group that hasn’t even sinned against you personally. In a moment of rare compassion in our incredibly polarized world; in a moment where an entire nation and beyond is watching, you prioritized indignation. Is the gospel not bigger than all of us and all things, even the necessary effects of the gospel? Is not Christ crucified, buried, and raised of foremost importance to the apostle Paul? Is not the prospect of some seeing this incredible display of mercy between brothers in the faith and recognizing the genuine love we have for one another greater, so much so that they too come to recognize there is, “one body and one Spirit, just as you were called to one hope when you were called; one Lord, one faith, one baptism; one God and Father of all, who is over all and through all and in all” (Eph. 4:4-6)? In a moment where the clearest demonstration of the gospel has been made before the eyes of a watching world, why not simply let the beauty of that moment resound before a world that does not comprehend mercy?

The reality is that as a Christian, forgiveness absolutely should be demanded and assumed. The difference here of course being that the very text you cite demands it of you, not whites, but I digress (Matt. 6:12; 14). We truthfully have no way around that, whether we’ve been abused and violated in the worst way imaginable or one has simply given rise to offense through careless speech, we are bound to forgive. It is the way of all Christians. It is the genuine hallmark of the Christian faith, so much so, that we can say one who holds others in a perpetual state of offence cannot possibly fathom the extent of God’s grace lavished upon them. Shall we be as the servant who was forgiven so great a debt by his Master, only to extort and beat a minor debt from our fellow servant that owes us? Shall we say, “Seventy-times seven, but hold up a bit. Let the injustice soak in a little first.”?

Call it justice. Call it experiencing and understanding black pain. Call it whatever you wish–except biblical Christianity. None of this relegates people to inaction, but at this point in the “conversation” I am hard-pressed to see that mercy is as necessary of a component as the gospel itself demands. In all of this, as well as the story of Jonah, something much bigger than any one of us or even an entire people group is going on. God is calling a people to Himself and bringing them into one new people, one new family. Part of being a family is the simple fact that you and I might annoy the pants off of one another, but we bear with one another in love because we are unified in Christ. We can all forget that, but the thing that binds us together is the very grace and mercy of God shown to us in the forgiveness extended to us in salvation. If we are to walk in unity, we must be willing to pardon just as we were pardoned, and pardon all. The reason we do this is simple: it brings God incredible glory and testifies to the fact that we are His disciples. If we can’t do that; if we can’t even agree on this most basic of Christian principles–I’m not sure it can be said of us that we belong to the same family. 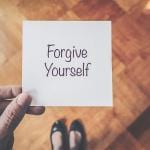 September 30, 2019
You Don’t Need to Forgive Yourself, So Stop Trying
Next Post 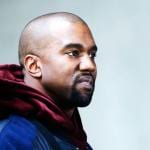 What Evangelicals Just Don't Know About...
Anxious Bench
Related posts from The Chorus In The Chaos 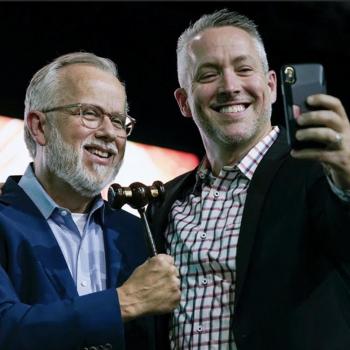