Jesus Was Rejected for Teaching Predestination

John 6:22-71 is truly a fascinating passage in many ways, as it deals directly with Christ’s claims to divinity amidst a crowd who simply didn’t see Him for who He was. It is no small coincidence John includes the narrative of Christ performing such magnificent miracles in the preceding verses. These miracles not only demonstrate His mastery over the elements, but serve a larger point to show His mastery over all Creation. Within this same measure, Jesus uses these miracles to demonstrate the greater miracle given to mankind is Himself. Yet what often gets shoved to the side in this passage by non-Calvinists is the Scripture’s clear teaching on predestination.

While the overarching point of this passage highlights the divinity of Christ, it is readily apparent several underlying, Calvinistic themes emerge in the text. In fact, it can be argued that Unconditional Election, Limited Atonement, and Irresistible Grace are all present themes in this passage. Rather than focus on trying to make these theological points fit in the text, I am simply going to draw out particular instances where predestination is present. It should be obvious that the full teachings of these doctrines are not present, but it is important that we catch glimpses of them here. What becomes clear as we examine this in the passage is that these teachings were a large part of the reason why many “turned back and no longer walked with Him” (vv. 59, 66). As in our own day, the topic of predestination was not well-received.

The Clarity of Predestination in this Passage

When we take a step back and look at Christ drawing the parallel to God providing Manna from the heavens in Exodus 16 and Himself, an interesting observation can be made. In Exodus 16:4, the Lord speaks of testing His people through the provision of Manna. For what purpose? To see if they will walk in His instruction. Yet of particular interest is their continued grumbling against the Lord’s provision throughout the whole of the passage in Exodus. For anyone familiar with the text itself, we know it obviously doesn’t end well for the grumbling Israelites.

Back to our text in John 6, we see Jesus pick up this same theme from Exodus 16 to draw out that He is the greater “bread from heaven” that gives life to the world. What is unique in this is that without even touching on predestination to begin with, Christ immediately brings focus to God’s providence through His Son. Not only will those who come to Him never hunger, but they will also never thirst; it is an eternal sustenance found solely in the person of Christ.

Yet this sustenance has a particular people in mind, as He moves on to say that the ones who will come to Him are those whom the Father has sent (v. 37-38). Everyone, meaning every literal individual given by the Father, will come to Christ – and Christ shall never drive them away. Why? Christ came down from heaven as the Bread of Life to do the will of the Father (v. 38). If this were not clear enough, the very next verse defines what the will of the Father is: that I shall lose none of those He has given Me, but raise them up at the last day (v. 39). Again, if this were still not clear enough, in verse 40 Christ reiterates this teaching by declaring that any who look upon the Son and believe in Him shall have eternal life and be raised on the last day.

I bring this out with the particular focus of John 6:41 and following, as the theme of grumbling arises once again. Their response is verbatim to how their ancestors responded to Moses; God provides life-giving sustenance, this time in a measure which cannot be surpassed, and they grumble. Christ initially responds, “Stop grumbling among yourselves. No one can come to Me unless the Father who sent Me draws him, and I will raise him up at the last day.” Rather than shying away, He doubles down on all that He just said and even becomes more controversial in teaching they must eat of His flesh and drink of His blood.

What is astounding here is that all throughout His presentation of this truth, Christ never shies away from demonstrating that He is God, the Father draws those whom will be saved and raised on that last day, and that rather than rejoicing, the Israelites grumbled. John draws attention to their grumbling three times in this passage (vv. 41, 43, and 60), as well as the result it produced (vv. 59, 66). Of particular interest here was Christ’s keen observation all the way back in verse 36, where He states, “…you have seen Me and still you do not believe.”

What this plainly indicates is that they were not those whom the Father drew to Christ for salvation through Him. They did not see God – because they were not His children. They were not those whom the Father had drawn to Christ, for if they were, they would have come to Him (v. 37, 44). In opposition to this we find the words of Peter when Christ asks if he wanted to leave Him too: “Lord, to whom would we go? You have the words of eternal life. We believe and know that You are the Holy One of God.”

The disparity of these two reactions serves to demonstrate effectual belief in the Son of God is conditional to the work of God. However, it also clearly indicates the content of this teaching is at the heart of their rejection of Christ. It is not simply a matter of perceived cannibalism, which no doubt would have struck many Jews with a sense of disgust due to Mosaic Law. It is the matter of God providing the means of eternal sustenance in the person of Christ, and God drawing whom He wills to this same Christ, which they grumbled over.

Predestination Highlights God’s Mastery Over All Creation – Even You

With all of this in mind, I wish to bring out the beginning of this chapter once again, particularly, in reflection of this narrative’s placement among two other miracles. I believe John is highlighting a third, greater miracle, being the effectual drawing and sustaining of God’s elect. The purpose of miracles within the New Testament serve to demonstrate Christ’s superiority over all of created order, and in this instance, this includes the heart of man.

Just as John pens Christ’s miraculous ability to heal the lame, replicate a meager meal to a feast for thousands, His ability rebuke the winds and calm the sea, and Christ’s ability to walk on water – the apostle highlights He is greater than all these things. However, we cannot divorce this from the teaching of predestination all throughout the teaching of Christ’s divinity in this chapter. It is intermingled throughout the passage in such a way that John truly wishes for us to see the fullness of His might over creation.

It must be stated that to see such miracles, it would be readily obvious to all that this was the Son of man. In fact, we have numerous examples where men exclaim this very thing upon seeing His demonstration of that mastery over creation. However, in the midst of this, there are thousands who witnessed such things and still rejected the person of Christ. How else might one make sense of this if it were not for the fact that these men were not those whom the Father predestined and gave to the Son, especially when the text so clearly shows this?

Yet a greater teaching comes from this in that no created thing can thwart the purposes of God. Often, men will ascent to this truth, yet scarcely will they lump in their autonomy as part of what God has jurisdiction over. Christ, in the full measure of His deity, performs the miraculous as only the Son of God can. Even the hardened heart is turned from stone to flesh; is this not an act of God bending the will, as only the Potter could? Shall we say He is unjust? By no means! The Potter has right to do what He wills with His creation, which according to this passage, is to draw those whom He sent to Christ, so that Christ will not lose even one. 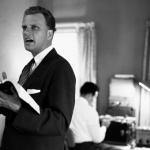 February 23, 2018
Progressives Celebrating Billy Graham's Death Should Wake You Up
Next Post 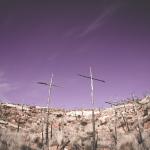 March 10, 2018 Preemptive Attack: A Reflection For Lent
Recent Comments
28 Comments | Leave a Comment
"Ah, so it was a stint in 'bible college' that indoctrinated you into the 'true' ..."
David Cromie Steven Furtick is the Most Dangerous ..."
"Not debateable. Not optional.Not neglecting to meet together, as is the habit of some, but ..."
VDMA Yes, Canada is Persecuting the Brethren
"That’s 3 so far, thanks."
D.M.S. Doubling-Down on Christian Persecution: The Cost ..."
"For whoever desires to save his life will lose it, but whoever loses his life ..."
VDMA Yes, Canada is Persecuting the Brethren
Browse Our Archives
get the latest from
The Chorus In The Chaos
Sign up for our newsletter
POPULAR AT PATHEOS Evangelical
1 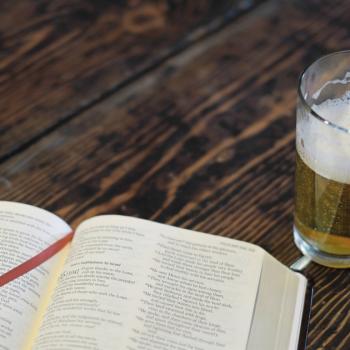 Evangelical
How to Debate Calvinism (7 Tips Written by...
The Chorus In The Chaos 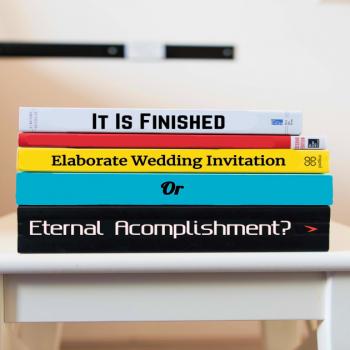 Evangelical
It is Finished: Elaborate Wedding Invitation or Eternal...
The Chorus In The Chaos
TRENDING AT PATHEOS Evangelical