The Life and Legacy of Dr. R.C. Sproul

Dr. R.C. Sproul has been ushered into the presence of His maker. His joy is sweeter than ever before – his heart fuller than words can express – his pain and struggle against the flesh is no more. It is incredibly bittersweet, for while we know he wholly is without sorrow, we who remain grieve, none more so than his close family and friends. It is right and proper to grieve. Death is the great enemy we yet await to be placed underfoot of Christ. We feel that tension in such a palpable manner because we recognize the devastating results of sin every time one’s breath ceases.

And yet in the life of the Christian there is a peculiar thing to behold – for though we grieve, we do not do so without hope. We do not anticipate the last of Dr. Sproul. No. He is far more alive than he has ever been before. His trajectory goes beyond the grave into grace eternal. We also do not look upon his life with sorrow, for his life was one marked with service to something this world deems folly. In a manner of speaking, both of these beliefs we hold flip the conventional mores of this world upon their heads.

A Testimony of the Immense Kindness of God

The life and legacy of Dr. Sproul is one mastered wholly by the text. Surely, he would be the first to ensure his hearers of his own shortcomings and propensity to sin; his theology dictates at least that. He was a sinner through and through, yet one whom God was pleased to call His own. It was this hallmark of the Christian faith that Sproul highlighted so well: man is a damnable sinner, yet he is freely justified through the blood of Christ. To be counted first as sinner, then as saint, is the beauty of forensic justification and imputed righteousness. Sproul now sees this truth in full as he stands in the presence of our most excellent Lord.

Dr. Sproul stood as a witness to the immense grace of Jesus Christ to not only redeem His own, but wield them as His vessels. For though we are but jars of clay, He has so desired to fashion mere mortals as instruments in the Redeemer’s hands. Thereby, God was pleased to utilize this man of dust for immeasurable good. My father, prior to his own death, used to say he’d be content being the gent in heaven mopping the floors. The sentiment being precisely what the Scriptures dictate – even the lowest in heaven has his immense reward in full. Even if the legacy of Sproul stopped here, this would indeed remain a precious thing; the least in the Kingdom of Heaven is greater than the greatest on earth.

This day, Dr. Sproul has been called to glory and while in part we must see this as an enviable thing, it is also an event that ought to spur us on. It is a manner of mirroring the sentiments of Paul, for though it is far better to be with Christ, to go on living means fruitful labor for us. The truth of the matter though is that Dr. Sproul’s legacy is that of Christ. He was content to glory in His glorification and thereby, Sproul has been moved from seeing in part to what he now beholds: the very King of glory. For Dr. Sproul, he had the immense privilege of being used greatly by God for His purposes. He participated in that divine drama the book of Ephesians so masterfully portrays.

R.C. Sproul – Faithful Until the End

Despite whatever theological differences one might hold with the late Dr. Sproul, his faithfulness to the church’s mission is without question. Unfortunately, it is a rare thing to see men of renown within the Evangelical church finish the course without some form of moral failure. Whatever one’s thoughts on the celebrity culture built into Evangelicalism – it is an incredible blessing and pleasure to watch a man sustain his credible witness throughout years of gospel proclamation.

The all too common reality for many within this position is to leave the pulpit and church in shambles and heap shame upon the name of Christ. Even as they depart and evade proper discipline, plans ensue for their return to the limelight. Albeit, though the temptations in positions of renown are powerful – the faithful minister withstands, knowing the ultimate prize is Christ and His glory rather than pursuing vainglory.

While many have diminished the pastoral calling by neglecting the biblical qualifications – Dr. Sproul highlighted the importance of a sound orthodoxy and orthopraxy in and out of the pulpit. He meted out self-discipline, diligence in study, faithfulness to his wife, selfless service to his flock, and a penchant for no-nonsense, expository preaching. He was a man of passion in the pulpit, yet that passion did not diminish in his other ministry endeavors.

Furthermore, he ushered a plea to all men to live out the calling to walk in a manner consistent with the gospel call. Central to this plea was Sproul’s high view of God’s Word, sovereignty, and holiness. His writings are utterly clear on the wondrous nature of the gospel, the authority of the Scriptures, the far-reaching providence of the Lord, and His incomparable holiness.

A Man Utterly Convinced of the Authority of the Scriptures

The all-encompassing desire of Dr. Sproul can be beautifully encapsulated by the words of Johann Albrecht Bengel, “Apply yourself wholly to the text; apply the text wholly to yourself.” It is remarkably clear in his passion and zeal for biblical truth, he has equipped numerous saints for a purer doctrine and devotion to the Lord. I have spoken with men jailed, drug-addled, promiscuous, and bound in utter hatred of God, who have come to know Christ by the preaching and teaching of Dr. Sproul. He has had a profound impact in the lives of saints on their journey in sanctification, as he clearly unpacked complex teachings for the lay man and woman. Countless times I have heard the sublime words, “R.C. Sproul helped me see the truth.”

Again, Dr. Sproul was far from perfect – but he was a man of conviction. He was a man utterly convinced of the power of God’s Word and even where he and I depart in our understanding of the text, I am hard-pressed to frown upon the immense work the Lord had been pleased to do through him. Any day of the week, I would take a convinced Presbyterian over a squishy Baptist, but even in debates as these, Dr. Sproul maintained a clear unity in the bond of Christ.

The playful banter with men like MacArthur always gave me a smile, yet also a hope in true ecumenism. The differences we have are not diminished simply because we share the bond of Christ, yet we nonetheless stand as brothers and sisters. We stand together against the adversary, the culture, and the flesh. We stand against the ecclesial, moral, and doctrinal abuses of our age. We wage war and shall bow before no king save our Lord and Master.

The American church is one fraught with troubles, from heretical doctrine, to outright antinomianism, and even blatant legalism, wherein the Christ of Scripture is profaned. The Scriptures, if not rejected outright, are simply dismissed in favor of idolatrous and vain conceptions of the Lord. In an age when the church stands in dire need of another Reformation – it is perhaps now that we can heed the call of Sproul to return to a heroic boldness for the gospel of Christ.

May our lives be inspired to live out this boldness, effectually calling sinners to repent and glorify our Father in heaven. May we stand in the gap and rest in the confidence of the Scriptures all the days of our lives, recognizing these are the very oracles of God, given for us and our children. We need men of conviction; we need God to raise faithful witnesses to truth. As we remember the life and legacy of Dr. R.C. Sproul, let us not be content to complacency, but maintain a stubborn spirit of rebellion against the ways of this dying age. 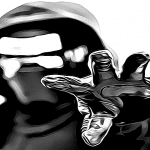 December 9, 2017
3 Ways a Star Wars Villain Points to a Greater Story
Next Post 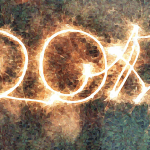 December 16, 2017 A Collection of the Top 5 Blog Posts For 2017
Recent Comments
0 | Leave a Comment
"I’m banned from Ponder Anew.Jonathan is or had a moderator ban me, for not conforming ..."
D.M.S. Christians Shouldn’t Just Celebrate Halloween, They ..."
"I understood many things about pastors after reading this blog. Thanks for sharing such a ..."
adam brown Why Seminary Can’t Fully Train Pastors
"from another perspective, this:"from Dietrich Bonhoeffer:” We now know that we have been taken up ..."
Christiane Smith The Exclusivity of Inclusiveness
"I'm not particularly interested in whether or not it was kind - the issue is ..."
Gilsongraybert Beth Moore, John MacArthur, and the ..."
Browse Our Archives
Follow Us!

Worship Leader Accused of Playing Well-Known...
Church for Men
Related posts from The Chorus In The Chaos 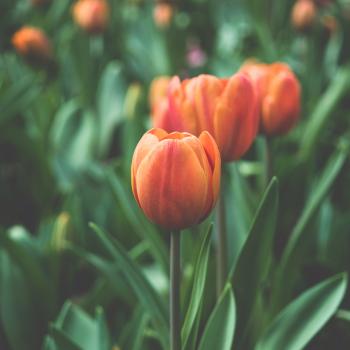 Evangelical
You Shouldn't Ever Say You'd Never Worship the...
The Chorus In The Chaos
TRENDING AT PATHEOS Evangelical