Is the Nashville Statement Even Necessary?

Is the Nashville Statement Even Necessary? September 7, 2017 Grayson Gilbert

In the wake of the Nashville Statement, there have been many thoughtful pieces demonstrating reasonable objections as to why some haven’t signed it. Though I may not agree with the sentiments behind every one of them (see here, here, here, and here), I nonetheless respect their decision to refrain. Indeed, much ink has been spilt by each of these people regarding the necessity for fidelity to the Scriptures in these matters.

The inherent problem I agree with across the board in these criticisms regarding the Nashville Statement, is the greater need for clarity in some of the language. As it stands, it seems even some original signatories disagree on the intended meaning behind some points. This is a genuine concern, as something designed for clarity on the sexual ethic ought to be as clear as humanly possible.

A second criticism from my Reformed brethren would be its lack of ecumenism in a document seeking to be ecumenical. Valid point, but not altogether surprising, especially considering that much trouble is afoot in traditionally conservative denominations. Part of this is owed to one’s ecclesiology, yet Presbyterians are no exception to the subtle shifts happening in their synods toward theological liberalism. On the whole, we are seeing a genuine departure from historic, orthodox Christianity on many fronts.

It is for these counterstatements I sense the Nashville Statement is necessary in today’s cultural climate. By no means should conservative Christians stop here. On the contrary, we need all the more clarity as the culture continues to decline in favor of sexual licentiousness. However, it is a wonderfully revealing tool that has sent liberal and progressive Christians alike into a veritable frenzy, the most salient of which being a resounding condemnation of the biblical sexual ethic as homophobic bigotry. In this, the importance of the statement’s effect cannot be downplayed. We actually have lists of people, of their own accord, who deny orthodox Christianity. What a wonderful gift to give the church in an age where discernment is not always present.

A second reason a statement like this is necessary, I believe, is to get the church to wake up and realize she is swiftly cascading down to the bottom of cultural relevance. Christianity, due to being considered an antiquated set of ideals, has long been subjected to op-ed pieces decrying its folly. Likewise, people have long understood orthodox Christianity is not compatible with the culture’s views on homosexuality, transgenderism, etc. However, the Nashville Statement brought a flurry of responses in popular culture specifically indicting it as homophobic (here, here, & here).

This should not be a shock to anyone who holds conservative Christian values, yet on the off chance it was – good. Christians need to be woken up to the reality that conservative sexual ethics will undoubtedly continue to be the focus of heated debate in the culture they are part of. They will also need to understand the potential ramifications of holding such views, as the trajectory has been clear for some time now. Religious liberty is dying.

The final reason I believe this statement to be necessary is for the effect this has had on the broader culture. While we might dive into the pastoral aspects of such a statement (i.e. will a practicing homosexual sense genuine love from such pithy statements?), there is an aspect where the publicity of this has demonstrated there is a fundamental divide between professing Christians. There are those who either affirm homosexual practice to be indicative of a God-sanctioned sexual ethic, or those who do not. What this should clearly indicate is that not all things are equal.

Those in either of the respective camps already are aware of this, yet the broader culture has not been. Most often, people lump respective camps into one particular group. Part of this is due to ignorance, yet part of it is due to practicality as well. I believe such a thing as the Nashville Statement kind of forces that divide to take center stage; it forces the hand of the complacent to make a decision, yet it also forces the hand of those outside of the church to recognize these distinctions. Arguably, this would be great if it happened across the board on other matters of doctrinal primacy, yet nonetheless, it is a starting point.

The reason I draw all of this out is simply in the notion that genuine Christians are to be a peculiar people. They are sojourners and strangers in a strange land. The beliefs they hold ought to stick out like a sore thumb and be readily apparent to those who disagree, even in the case of vitriol. We need to be comfortable here, knowing that there will be greater expressions of disdain to come. We need to be aware of the very real battle over religious liberty, and particularly, that these ideas have consequences in a region seeing them as damnable heresies against sexual autonomy.

My hope from this whole thing is that greater clarity will be provided in the coming days – not simply on matters of sexuality, but personhood, the character of God, matters of orthodox Trinitarianism, an understanding of the cross, and even an understanding of sin. I earnestly hope for disputations to take place for a genuine ecumenism that doesn’t devolve into mere compromise for the sake of unity over the sexual ethic – one where we recognize where true divisions of primacy are already in place. Of course, my sentiments on this matter are bound within fidelity to the final authority of the Scriptures.

I also hope the church is purified, whether that come through repentance en masse or further separation of the sheep and goats. For all the exceptions one might find in signing the Nashville Statement, this is a line in the sand worth drawing. 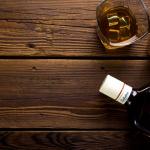 September 7, 2017
Christians Shouldn't Drink ... or Maybe They Should
Next Post 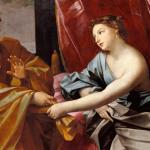 September 12, 2017 Stop Moralizing Biblical Narrative
Recent Comments
2 Comments | Leave a Comment
Browse Our Archives
get the latest from
The Chorus In The Chaos
Sign up for our newsletter
POPULAR AT PATHEOS Evangelical
1

Conservative Theologically, but Liberal Politically
Cranach
Related posts from The Chorus In The Chaos 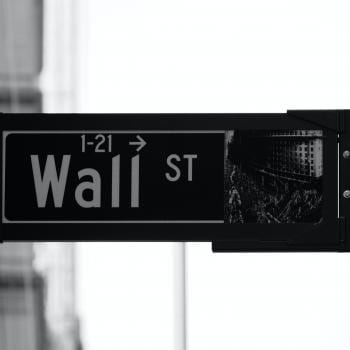