Pride Cometh Before the Fall

As we enter into yet another June pridefully bedazzled with rainbow rhinestones and glitter, I can’t quite help but think of the prescient words of Carl Trueman from ten years ago:

“…the beautiful young things of the reformed renaissance have a hard choice to make in the next decade. You really do kid only yourselves if you think you can be an orthodox Christian and be at the same time cool enough and hip enough to cut it in the wider world. Frankly, in a couple of years it will not matter how much urban ink you sport, how much fair trade coffee you drink, how many craft brews you can name, how much urban gibberish you spout, how many art house movies you can find that redeemer figure in, and how much money you divert from gospel preaching to social justice: maintaining biblical sexual ethics will be the equivalent in our culture of being a white supremacist.”

It has been interesting, to say the least, to see just how many darlings of the reformed renaissance have made their choice over the last ten years. Some have departed from the faith altogether, others have joined arms with the social justice movement, and some still seem to try and hold on to some semblance of the historic faith whilst integrating various philosophical and theological systems that are at odds with the faith they profess.

In one sense, I wonder how much more proverbial ink can be spilt in the Twitter wars before people simply move on within their respective camps. On the other hand, I know that you have to run a good smear campaign on conservative Christianity before the dust settles because the goal isn’t merely to get the broader world to see people as narrow-minded fundamentalists. That is fairly easy to do in a culture like ours and if we are keen on the times, we see that much has already been accomplished.

What Trueman was getting at here is at the heart of what Christ said when He told His followers to count the cost. In many ways, this has already reached the ivory tower of academia. Professors have lost tenure for refusing to bow the knee to one’s preferred pronouns, Biblical scholars have been maligned by their peers if they are seen as too stringent on things like gender roles within the church, and many a seminary institution is broadening their appeal to make up for low enrollment numbers by doing nearly everything but returning to fidelity to the Word of God. And yet, as it always does, what runs through the seminaries trickles down into the pulpits and through the pews.

While we may still have little “pockets of resistance,” so to speak, I believe the true test of fidelity to things like the biblical sexual ethic will be in the days to come. The cost of social credit is fairly low right now—but what will you and I make of it if and when the choice between maintaining a Biblical sexual ethic and putting food on the table for the little ones arrives? We are creatures of much comfort, after all, and nothing quite clamps the pressure down on you like the very real potential of losing your job because your convictions to Scripture limit your ability to affirm “diversity.” Notice I say “affirm” rather than “accept.” This is where I truly believe the line has already been drawn in the sand.

In another work that was well ahead of its time, Don Carson spoke of the Intolerance of Tolerance. First, with regard to what would be coined “traditional tolerance,” Carson said:

“This older view of tolerance makes three assumptions: (1) there is objective truth out there, and it is our duty to pursue that truth; (2) the various parties in a dispute think that they know what the truth of the matter is, even though they disagree sharply, each party thinking the other is wrong; (3) nevertheless they hold that the best chance of uncovering the truth of the matter, or the best chance of persuading most people with reason and not with coercion, is by the unhindered exchange of ideas, no matter how wrongheaded some of those ideas seem. This third assumption demands that all sides insist that their opponents must not be silenced or crushed. Free inquiry may eventually bring the truth out; it is likely to convince the greatest number of people.”

Carson goes on to say of the “new” tolerance:

“…contemporary tolerance is intrinsically intolerant. It is blind to its own shortcomings because it erroneously thinks it holds the moral high ground; it cannot be questioned because it has become part of the West’s plausibility structure.”

To reduce his point down to its simplest form: traditional tolerance allowed people to actually “put up” with one another because they shared the commonality of pursuing ultimate, objective truth grounded in reality, whereas the new form of tolerance is not built on the concept of objective truth, but what is believed to be worthy of acceptance, approval, and applause. It must not merely be “accepted” as a contrary idea; it must be praised as the true and right ideal.

Even more clearly: the “new” tolerance demanded in our current political and social milieu is not one that is concerned with the truth, but your truth. If one’s beliefs run counter to what you believe to be praiseworthy, it is an afront to your very identity and personhood—at least if what you believe to be praiseworthy is in line with the prevailing cultural dogma. It is decisively not something one can tolerate, nor can the free inquiry and exchange of ideas take place over such matters. If you don’t agree, you’re bigoted, racist, homophobic, and whatever other slur one might throw to try and get it to stick.

If you’re in step with what the broader culture believes is good and right, you will, of course, find yourself tolerated even if you name the name of Jesus, largely because the “Jesus” you posit is quite like the god of this age. The world loves the name of Christ when it is attached to their favorite social agendas, pet sins, and idols—what they hate is the true, Biblical Christ, who will not share allegiance to the prevailing cultural gods of this world.

This is why you see such outrage over basic, Biblical teachings on things like abortion, homosexuality, gender, and more. Once you stray into a topic that the Bible unflinchingly covers in a contrary way to the culture’s ideals, you quickly find yourself in the crosshairs of those who would, as Trueman put it, liken you to a White Supremacist. This has already happened on the three aforementioned issues of abortion, homosexuality, and gender, by the way—even from some who claim to be Christian. It seems like many are still pandering for acceptance in a world that has swiftly become post-Christian.

Hence why Trueman’s quote is so apropos yet again this year. The point in this is relatively simple, and one I believe faithful ministers of the gospel have been making for years: count the cost, Christian. It will cost you to follow Jesus no matter what cultural climate you find yourself in. It will cost you to be found faithful. It will cost you to stand for the truth. The question has never been “if,” but merely “when.” When the time comes to pay the piper, and believe me, it will, no amount of “cool” will stave off the debt-collectors. Some may lose their jobs, have their houses seized, see their loved ones disassociate from them, and perhaps even greater hardship than this may come. I might be so bold as to even wager a bet that someone of the “new” tolerance will comment, “Good. You get what you deserve.” Yet, if Christ and His Word is treasured above all, we will hold fast to the end, knowing that Scripture’s stance on all issues will outlast the progressive ideals of an ever-vacillating culture.

If I may bring to remembrance one more prescient word, it would be that of the writer of Hebrews who warned of apostasy—a thing I believe the broader Christian church is in much danger of currently:

For we know Him who said, “Vengeance is Mine, I will repay.” And again, “The Lord will judge His people.” It is a terrifying thing to fall into the hands of the living God.

But remember the former days, when, after being enlightened, you endured a great conflict of sufferings, partly by being made a public spectacle through insults and distress, and partly by becoming companions with those who were so treated. For you showed sympathy to the prisoners and accepted joyfully the seizure of your property, knowing that you have for yourselves a better and lasting possession. Therefore, do not throw away your confidence, which has a great reward. For you have need of endurance, so that when you have done the will of God, you may receive what was promised.

For yet in a very little while, He who is coming will come, and will not delay. But My righteous one will live by faith; and if he shrinks back, My soul has no pleasure in him. But we are not among those who shrink back to destruction, but of those who have faith for the safekeeping of the soul (Heb. 10:32-39).

May 24, 2022
The Problem is the Leaders: Why the Church is in Shambles
Next Post 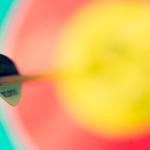 June 17, 2022 Keeping 'the Main Thing the Main Thing': Thoughts on Rick Warren's SBC Speech
Recent Comments
0 | Leave a Comment
Browse Our Archives
Related posts from The Chorus In The Chaos 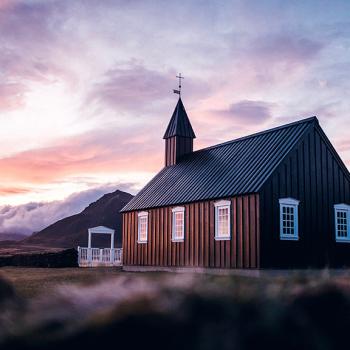 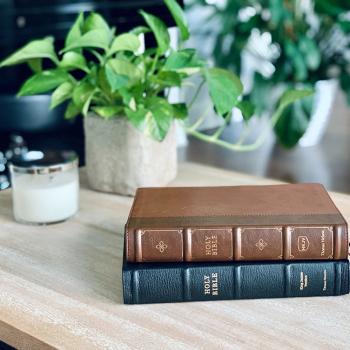 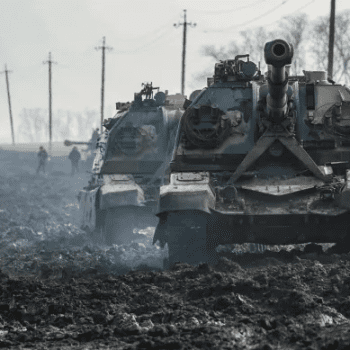 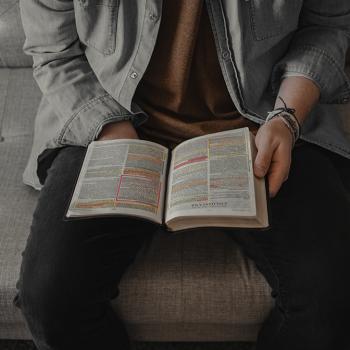