How One Texas Town Went From Speed Trap to Pioneers of Human Rights for the Unborn June 23, 2019 Jack Lee

Until about a week ago, Waskom, Texas was chiefly known for being a small state-line (Louisiana and Texas) speed trap on Interstate 20. The so-called “Gateway to Texas” was little more than a pit stop for most travelers. However, their reputation began growing when some new, more-restrictive abortion laws were recently announced in Louisiana.  On June 11, The Waskom City Council, fearing an abortion clinic from nearby Shreveport, Louisiana was targeting Waskom for relocation, voted to ban abortion and declare themselves as a “sanctuary for the unborn.” In doing so, any organization that provides or assists with an abortion, within city limits, commits a “criminal” offense.

One element of this event I find deeply heartening is they moved forward with this ordinance against legal advice – the argument being that the city will likely expose itself to lawsuits fees/fines escalating into millions of dollars. For a rural town with an average household income under $30,000 – that’s a big deal. So, what was the reasoning to press onward in the face of overwhelming legal opposition?

A passion for veritable morality and basic human rights for the unborn.

It is rare these days that we see any municipal or state-run entity standing for something akin to biblical morality, particularly when not also shrouded in virtue signaling or posturing. Taking “bold” stances when the public opinion agrees with you is easy; it’s far more difficult to do so when one faces palpable consequences. Yet, at the risk of severe financial and social duress, these council members moved onward in faith that “God will take care of them” – truly remarkable.

As one might expect, and likely by design, this act is stirring no shortage of criticism. Many are suggesting that Waskom’s ordinance violates the Supreme Court’s ruling on the now infamous Roe vs. Wade. Coming alongside other Pro-life recent legislation, there’s a real hope such legal censures will elevate the case to the nation’s highest court for a (much needed) renewal on the debate of defining human fetal life.

I truly believe that ~250 years from now societies will look back with contempt upon the grotesqueness of the pro-choice movement’s ideals, logic, and spokespersons, perhaps, in much the same way we now look back upon the inhumane slavery practices of previous cultures. Objective science overwhelmingly demonstrates that a fetus is a fully human – more than that, it’s basic common sense. What else would it be? Every pregnant woman knows exactly what she pregnant with – a person. Were it not for a biblical understanding of the fallen human condition, I could barely fathom how anyone might look at some of the recent pro-abortion legislation and believe it aligns with basic human rights. The example that comes soaring to the front of my mind is the wicked abortion law recently enacted in the state of Illinois.

There, abortion is now legal up until the moment of birth – including partial birth abortions. If you are unfamiliar with exactly what a partial birth abortion is, well, it is when the baby is partially born –as in, everything but the infant’s head is exiting the birth canal – then the baby is then executed at the back of the neck. In most cases, the child’s brain is also removed and the head subsequently crushed for easier removal from the mother. I struggle to find words to describe how sickening and repugnant such a thing is. Undoubtedly, God’s eternal judgement looms over such horrors, and I think it no coincidence that the Illinois law is signed into effect just days before Waskom, TX responds with theirs.

The depravity of man is such that there will invariably be people so morally bankrupt that they can convince themselves a partial birth abortion is permissible under the a “healthcare” banner. It is these same people that must also believe the birth canal is some sort of magical baby machine that converts a dead clump of cells with hands, feet, eyes, lungs into a human being. It’s nonsense. As human as you or I, the unborn are worthy of the same right to life we enjoy.

I hope and pray that once the fundamental human rights of the unborn issue climbs before the supreme court the ugly absurdity of the “abortion is health care” and the “my body, my choice” movements will be exposed as the great murderous subterfuges they are. Because by altering the language and diverging from the focal point of the debate, they manipulate the public discussion to be about almost anything other than human life and morality. Friends, I fear we are witnessing a mass scale of deception so immense that it makes Hitler’s Nazi Germany look trivial.

As an example, I have seen more than one author go out of his (or her) way to discredit the Waskom City Council’s act because it was voted on by an “all-male, all-white” group. Consider some commentary from The Friendly Atheist blog (also hosted by Patheos) in an article titled, Five White Men in Waskom, TX Passed an Illegal Abortions-Not-Allowed Ordinance. Hemant Mehta writes, “But these are white men in charge. As we all know, the rules don’t apply to them. It’s not like they’re the ones who would be forced to give birth against their will.”

This is a preposterous distraction from the nucleus and heart of the ruling – and a racist one at that! Pertaining to an issue centering around the definition of human life and sanctity thereof, I would think the only requirement for a valid opinion is to be a human. Should the elected officials of Waskom City Council have been voting on some race-driven mandatory surrogate program, then he has some fitting commentary. But as it is, this is meaningless manipulative drivel.

Moreover, the “rules don’t apply to them” statement further evidences how deeply entrenched Mr. Mehta in mass deception. These men undertook what they did because they know the rules do apply to them – that’s the point! They know the law of the land applies to them, but they also know that those very laws are immoral.

Absurd as his remarks may be, Mehta gives me cause me to state clearly that there are issues/debates surrounding abortion worthy of meaningful discussion. The Pro-Life movement has been criticized for being too narrow in its focus on the preservation of life – perhaps, rightly so in some cases. But so much of secondary conversations are tainted by the perpetuation that a fetus is inhuman, it’s skewed discussions. As a culture, we must establish the sacredness and morality of the unborn human life before we can correctly and appropriately address most secondary issues. Any argument about the welfare of the mother must also recognize the life of the child. They are equally valuable.

Therefore, I applaud the actions of the Waskom City Council. Though small in stature, Waskom is risking what little they have for the sake of those who cannot speak for themselves. I hope that in that time Waskom will no longer be remembered as a state-line speed trap, but instead, as a pioneer for human rights. Well done.

In closing, I want to express how deeply and personally this act resonates within me. I am from Waskom. I grew up there and maintain personal relationships with people who were in the room, at the time of the vote. I know their character, their hearts, and their motives. The lawsuits and potential financial burden the councilmen are subjecting to the city to are real to me. Should it happen, I will likely feel the effects through friends and family. This is not just idealistic polemic banter on a computer screen for me.

Thus, I take it very personally when Hermant Mehta, the so-called “friendly atheist” blogger, writes that my friends and family have “no common sense or self-awareness”. This is an unbelievably ignorant statement. Trust me, they’re extremely aware of what’s happening and what’s at risk. Financial and legal distress is a modest price to pay for the preservation of human life. The future of our world rests on the decisions we make today, and we must genuinely ask ourselves, “what are our children’s lives worth?” If we forfeit our morality, we will lose our nation and, one day, answer to God.

It is as Winston Churchill, once said, “a man does what he must – in spite of personal consequences, in spite of obstacles and dangers and pressures – and that is the basis of all human morality” 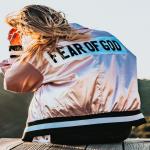 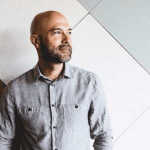 July 26, 2019 Farewell, Joshua Harris
Recent Comments
13 Comments | Leave a Comment
"Exactly. And god's law clearly states that no earthly authority exists that wasn't established by ..."
Streiff An Act of Thankful Civil Disobedience
"In my estimation, becoming a Christian, or becoming a believer in any of the ancient ..."
BitinDawg Stop Doing Daily Devotions OR Studying ..."
"One hesitates to point out that "Suffer" also means "To Permit". "Suffer the little children ..."
Kyllein MacKellerann " A Sign of the Times: When ..."
"How naturally you give orders.Like you were born to it.Any NKVD officers in your extended ..."
Scoundrel Don’t Rejoice in the Death of ..."
Browse Our Archives
get the latest updates from
The Chorus In The Chaos
and the Patheos
Evangelical
Channel
POPULAR AT PATHEOS Evangelical
1

Evangelical
Persecution: The New Reality for Biblical Christianity in...
The Chorus In The Chaos

Evangelical
Don’t Rejoice in the Death of Ruth Bader...
The Chorus In The Chaos
TRENDING AT PATHEOS Evangelical