Why Being Pro-Life and Pro-Death-Penalty Isn’t a Contradiction August 20, 2018 Taylor Drummond

First, Christian pro-life advocates are just that because they believe that the Bible is the word of God. That is, the Bible is the final authority to which we must submit in every area of life. To use the post-reformation phrase, Scripture is the norma normans non normata, the norming norm which cannot be normed. Whatever Scripture teachers, the Christian must believe.

Second, the Bible absolutely condemns the murder of innocent human life. Exodus 20:13 is very clear, “You shall not murder.” Murder is also a violation of the command, “You shall love your neighbor as yourself” (Matthew 22:39), as well as the golden rule, “Whatever you wish that others would do to you, do also to them” (Matthew 7:12).[1] Since you do not wish your neighbor to murder you, do not then murder him. This is not a controversial point, murder is wrong.

Third, the Bible unquestionably views unborn humans as human life (Genesis 5:3, Exodus 21:22-25, Psalm 51:5, 139:13-16, Luke 1:15, 41-44) and therefore created in the image of God and possessing the most basic human right, the right to life. Therefore, it is murder to abort the unborn baby and destroy one of God’s image bearers. My intent is not to fully support this proposition (I have defended it briefly here) since this particular pro-choice argument is an internal critique and as such does not question this proposition but rather assumes it and challenges the pro-life advocate on consistently applying it (and point two) to the death penalty.

Fourth, the Bible also teaches that God has given government the “sword” (Romans 13:4, Acts 25:11), that is, the authority to act as God’s avenger and to punish the wrongdoer, culminating in capital punishment. During the Roman Empire, when Paul wrote his epistle, the sword was the instrument used for executing Roman citizens. Since we believe that this is what the Bible teaches and the Bible is the very word of God, we must submit to it regardless of whether it goes against our natural inclinations. In saying all this, I am not endorsing the particular method of capital punishment of any given country at any given time. It surely can and has been abused. Certainly not every use of the sword by sinful governments is just. What I am saying is that in principle the Bible grants the power of capital punishment to the government, whether or not the government exercises that power in a just manner is another matter altogether.

Fifth, the capital punishment is justly used in the case of murder because the crime is so grievous. Murder is a particularly grievous crime because it destroys an image bearer of God. In Genesis 1:26-27, “God said, ‘Let us make man in our image, after our likeness’…So God create man in his own image, in the image of God he created him; male and female he created them.” This text shows us that the foundation of human dignity and the very core of what it means to be a human is to be created in the image of God. If man were just another animal then murder would be no more sinful than a lion killing an antelope; it is because we are made in God’s image that we have dignity and human rights.

This very concept of the image of God comes up again in Genesis 9:5-6 when God makes a covenant with Noah and instructs him, saying, “And for your lifeblood I will require a reckoning: from every beast I will require it and from man. From his fellow man I will require a reckoning for the life of man. Whoever sheds the blood of man, by man shall his blood be shed, for God made man in his own image.” The last clause of verse six is incredibly important because it provides the reason why murder is a capital offence, namely, because man is made in God’s image. I take this to mean at least two things. First, man as the image of God is endowed with dignity and to murder an image bearer of God is a sin of the first order. Second, that man as the image bearer of God is also endowed with the responsibility to imitate God and act as judge by shedding the blood of the murderer (remember what God just did in Genesis 6-8). Therefore, it is, in principle, just for the state to use the sword in capital punishment.

This is important, because many Christians do in fact argue against the death penalty. I cannot go into all their arguments and exegesis here, but it may suffice to say that if they deny the justice of the death penalty in principle they inadvertently downplay the seriousness of the act of murder and by extension the dignity and value of the individual image bearer.

In conclusion, when the Christian worldview is reckoned with as a whole, we see that the very same reality – namely, that man is made in the image of God –leads us to conclude that abortion is murder and that murderers deserve the death penalty.[2] Therefore, when abortionists advance this argument against Christian pro-life advocates it is self-defeating, for they must admit point one, two, and three in order to challenge them on points four and five. But once they have granted points one through three for the sake of argument, they must also grant points four and five because they necessarily follow. In fact, it is enough for them only to grant point one for the sake of argument in order to be forced to grant points four and five, for those are manifestly taught in Scripture.

[1] It is interesting that Jesus sees both the greatest commandment (love God and love neighbor) as well as the golden rule as summing up all the Law and the Prophets, i.e. the whole Old Testament (Matthew 5:13, 22:40).

[2] This also suggests that just laws concerning abortion would have to take into account not only the prohibition of the act but the severity of punishment for the ones performing the act. 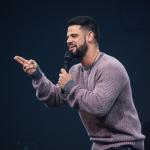