Sacred Space: The Church vs. Naturalism

One of the present challenges to the church is compelling narrative of naturalism. By naturalism, I mean the idea that everything always has and always will be governed by “natural” laws.  In this worldview, science is naturally king because  its business is to study that which is observable. So if one never observes a miracle, why should it ever be taken into account in a naturalistic worldview? Naturalists can very easily regulate miracles into one of two realms: 1) They are the stuff of fantasy because most naturalists have never observed one and/or 2) just because something looks like a miracle, it doesn’t mean that it is. Science just hasn’t figured out the mechanics of it yet.

This is, it must be admitted, a rational and logical position, and it is quite appealing. Naturalism makes sense of the known universe, at least it makes sense of much of it. And because science is so wonderful, it breeds confidence in the idea that through science we will eventually discover the answers to the things we cannot currently make sense of: like where life comes from or what life “is”.

Let’s take, for example, the naturalistic/atheistic view of evolution. What if I read Genesis One very literally and come to the conclusion that the Earth is indeed very young, maybe only 6,000 years. That is insanity to a naturalist because it goes against everything he observes. So how does a “young earther” have a conversation with a naturalist that doesn’t involve name-calling?

When you get to the heart of the matter, the church’s issue with science is not that science is bad. God did create an orderly universe that functions very rationally most of the time. This universe can be studied like a book, and sometimes in the course of study it will reveal to us its secrets. The problem is really miracles. It is possible that God made the world and all the universe instantaneously 6,000 years ago. Or that He did it one minute ago. If a naturalist concedes that this is possible if there exists an omnipotent, all-powerful being then we have simply reached an impasse. After all, people believe all sorts of crazy things and still manage to function as productive members of society.

So how does the church overcome such a system of thought? First, she has to recognize that she cannot out argue a naturalist. We are at an impasse. Second, she has to recognize that the issue really is God’s existence and the idea that He intervenes or creates miraculously, that He is above science and cannot be found or proven by science. He is beyond our reason, but that does not mean He is unreasonable.

Finally, in an age where miracles are rare and cannot be scientifically examined even if they weren’t, we have to remember that becoming a Christian is, in itself, a miracle. No one is a Christian because they figured out life, creation, and the age of the Earth. People are Christians because God intervened in their lives, brought life to their soul, and even now bears witness to their spirit that they are God’s children. The new birth is a miracle, and the only way anyone ever experiences it is when the church preaches the gospel.

September 11, 2012
The Kiddy Pool: Parenting in the Big Picture
Next Post 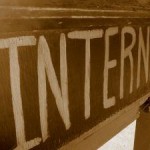 September 17, 2012 The Citizenship Confusion's Voter's Guide to the Internets
Recent Comments
5 Comments | Leave a Comment
"Radford made a connection between Ender and Hitler.Another possible connection: Could Card have been referring ..."
Raymond Z ‘Ender’s Game,’ Genocide, and Moral Culpability
"Faith is the confidence that what we hope for will actually happen; it gives us ..."
Smiley M.M. Music Matters: David Bowie, Still Not ..."
""that many of us do not accept that a few cells of human DNA constitute ..."
myintx How I Changed My Mind About ..."
"No thought given to the unborn child whose life was 'silenced and oppressed'... sad."
myintx How I Changed My Mind About ..."
Browse Our Archives
get the latest from
Evangelical
Sign up for our newsletter
POPULAR AT PATHEOS Evangelical
1