The Moviegoer: "The Queen of Versailles" and Living the Dream

What’s conspicuous in the background of shots at the Westgate Resorts headquarters is a platitude writ large as motivational tagline poster: “Living the Dream.” The Dream’s possibility has catapulted the timeshare empire’s owner, David Siegel, into a billionaire. During the first third of the documentary, David recounts the story of his since-dead parents routinely going to Las Vegas so that they could feel like “somebody”–a desire for self-worth which is couched within a definition of prestige cast in materialistic terms. David is currently married to his third wife, Jackie, who, notably, was one of the few women to achieve a degree in engineering. However, instead of pursuing that vocational field, she would go on to win the 1993 Mrs. Florida America beauty pageant, earning the eye–and wealth–of David, a man 30 years her senior. Lauren Greenfield’s The Queen of Versailles opens with the billionaire family (they have 8 children together) in the midst of constructing their dream home, modeled after the Palace of Versailles and intended to be the largest private residence in the country.

Of course, the big idea of the American Dream is the possibility of upward mobility that says, “You, too, can be a self-made billionaire!” Or, in this humorously exaggerated case, “You, too, can build a house with rooms that you will probably never inhabit and a closet big enough to be a bedroom!” Yet, at the outset of Greenfield’s documentary, it feels like this Dream has warped into something else. While you may say that anyone can be a self-made billionaire, the fact remains that most people won’t be self-made billionaires. Instead, then, the Dream–at least this aspiration for the status of Rich and Powerful which is a component of it–is a fantasy to play in, an unreality people will pay to inhabit if only for a time…if only to feel important for a weekend.

Selling this fantasy is how David built his empire. Westgate Resorts offers the opportunity for the low and middle class to live in unaffordable lavish on vacation. And they don’t just sell people on this opportunity generally, they target a particular kind of person–one who is “greedy for a good deal”–by offering tickets to Disney World if you’ll only take a sales-pitch tour  where you can be shown and sold on the Dream. Of course, there’s nothing wrong with a luxurious vacation, plenty of people have earned them well, and inhabiting fantasies is, in a sense, a significant aspect of being human. Yet, there’s something about Siegel’s business tactics which reeks of envious striving after material pleasures which shouldn’t matter as much as they do. Watching one of the sales-pitch tours is meant to play as a scene from the script “How America’s Economic Bubble Eventually Burst,” and it does in a way that implicates both business and consumer. And Greenfield’s film–which was initially intended to document the building of the Siegels’ dream home–takes a fortunate turn when the financial crash happens. The affect it has on the family becomes at once comedic gold and awe-inducing sadness at how the Dream can be a functional delusion about what’s truly valuable and what isn’t.

First, the comedic. Let’s just say it mostly revolves around the relative inconsequential nature of the Siegels’ necessary life-adjustments. Finishing the largest private residence in America is in jeopardy, and instead they may need to live in their smaller mansion for the rest of their lives; Jackie can no longer fly on her private jet and enjoy a chauffeured limousine, but instead must fly commercial and rent a car; they can no longer afford a house-care staff of upwards of 20, and now must learn to live with only a handful of helpers; and let’s just say that one of the funniest–and most brilliant–depictions in the documentary is of Jackie going Christmas shopping at Wal-Mart. In short, it’s often head-scratching comedy to see the small ways in which minor restraints on the Siegels’ materialistic pursuits renders them disoriented.

The sad part is it’s not just that the Siegel family earned their fortune with cheap money from the real estate bubble–the timeshare business is said to be built largely on consumer loans–which the economic crisis reveals to be of a duplicitous nature; no, we’re invited to a manner of living which rings false in various other ways. Jackie tries to rally the family together for a meal at the table, but the sense that this sort of occurrence is a rarity is manifest. The gifts picked out and given on Christmas morning seem to be mostly thoughtless gestures, save for a mention of what might please one of the dogs. Another scene–in the aftermath of David getting in a huff about money wasted on electric–features insincere expressions of remorse and love to try to calm his perturbation. In a reluctant confessional, David responds to the question of whether or not he draws strength from his wife with a solemn “no.”

In a sense, Jackie’s ever-explicit breasts seem to take on an important personification in the film: fakery for the purpose of immodestly drawing attention to one’s self in order to attain some misguided sense of self-worth.

Near the end of the film, David asserts that “nobody is innocent.” It’s a line that seems to color the film’s tone. Indeed, if what I’ve said above makes Versailles sound like a mere opportunity to loathe non-humans, then let me be clear: Greenfield’s documentary is a favorite of the year for me precisely because she avoids the ruthless desire for a scapegoat, and somehow manages to humanize these lost souls in a way that discourages self-righteous disgust. The role of the bankers in the collapse seems emphasized by their absence from the film. But, perhaps more importantly, the film narrates the details of the Siegels’ “downfall” in such a way that suggests we should all not only evaluate whether we are living within our means, but also question our ends. And, if there’s a lasting image to take with us by the end of the documentary, it’s the largest private residence in America filled with all manner of stuff, gathering proverbial moths and rust. The Dream has been rendered uninhabitable. 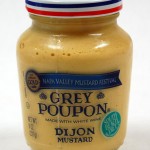 September 18, 2012
Mixed Signals: Grey Poupon and Our Search for Validation
Next Post 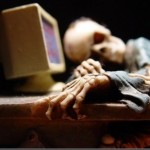 September 20, 2012 Play in Process: If Games Can Kill
Recent Comments
0 | Leave a Comment
Browse Our Archives
get the latest from
Evangelical
Sign up for our newsletter
Related posts from Christ and Pop Culture