“These days if the other guy ties his shoe with a bow, you have to act shocked and then extol the virtues of the double knot.”

Special Note: This week, in order to keep from boring each other to death, Ben and Richard began their conversation by including a third party: Lauren Rambo, a style-blogger who blogs about fashion in our lovely town of Louisville at her web site, South x Style. We decided to get started by talking about the one issue that matters most in politics in these modern times: STYLE. FASHION. HAIR. If you are disappointed by this, don’t be. We talk about more substantial things further down. Also that’s lame, fashion is fun.

Richard: Did you notice Romney’s rogue hair in Monday’s debate? It was driving me crazy!

Ben: If only he had your command of pomade, or allowed himself to be commanded by pomade in the way that you are, whichever. The point is, you clearly have a corner on the “fashion for 60 year old men” [editor’s note: cardigans] market and as such you deserve to have Romney listen to you. What was the debate about again?

Ben: I briefly thought about making a comment along the lines of, “But Rich, candidate spouse clothes are irrelevant!” Then I realized that foreign policy debates (especially when they’re the third debate) are irrelevant too.

Which leads me to the question: was your vote influenced in either direction by the third debate?

Lauren: Can I get on my soapbox for a haute minute (get it)? Everyone thinks fashion has nothing to do with politics, but Michelle Obama has single-handedly launched the careers of several American designers and helped revive American fashion manufacturing.

Richard: But Lauren, couldn’t any first lady do that? Or is Michelle unique just because she’s somehow more attractive than all the other first ladies? Also, is this the most sexist political discussion we have ever had?

Ben: I’m sure if Bill Clinton becomes first man in 2016 we’ll discuss his suit choices all the time.

Richard: That sounds to me like the most boring possible discussion of all time.

Lauren: When Michelle’s husband talks about job creation, he can always say, “The only reason Jason Wu has a job is because Michelle wore him. Because she’s first lady. Because I’m president.” Zinger!

Ben: And Romney would have no good rejoinder because, rich elitist that he is, his wife chooses designers who already have jobs.

Richard: Dang, this is totally a microcosm of the entire election.

Lauren: And yes, Michelle is unique because she is beautiful, is fashionable, and takes risks. She never looks dowdy. In fact, it’s about to get controversial up in here: Michelle is the most stylish first lady ever. Yes, including Jackie O.

Richard: But the hats!!!

Lauren: Sorry I derailed the conversation. I’ll butt out. Commence.

Ben: Derail away. If you stop contributing, we’ll have to talk about foreign policy, and nobody wants to talk about that. Especially our presidential candidates.

Richard: But isn’t that for the better, Ben? Maybe the claim that we have to be strong at home in order to be strong in the world isn’t just a lame reason to talk about domestic issues in the middle of a foreign policy debate. Everyone knows bullies like to pick on the little kid, and if America is slowly turning into the little kid, we’re going to get picked on a lot more.

I am certain that my analogy addresses every possible complexity and nuance.

Ben: I’m not 100% sure what you’re saying, so I’ll answer the question that interests me, Palin-style. There are two reasons foreign policy debates are boring, especially when one candidate is running for re-election:

1. Unlike most domestic issues, there is little differentiation between parties on foreign policy because there is little difference in philosophical outlook. Think about Obama running against McCain (but in foreign policy terms, running against Bush). His largest points of differentiation included things like the Kyoto Protocol (on which he later adopted Bush’s position), closing Guantanamo Prison (still not done, with no steps taken toward getting that done), ending the Iraq War (which ended up having a similar timetable to what Bush wanted), and killing Bin Laden (which everybody wanted). Now Mitt Romney is trying to set himself apart from Obama, but his philosophy toward foreign affairs is fundamentally the same. It would be like trying to argue with a fellow Republican about foreign policy! So what is there to debate about?

2. There’s not much to talk about except record for one person and hypotheticals for the other. That’s just an awkward conversation to have. Husbands and wives know this well. One says, “Why did you do these things?” The other says, “It was the best I could do given the information I had at the time.” The first says, “Well, I totally would have done it better. Somehow.”

Did you find yourself swayed by anything our two titans clashed over, Rich? Or were you only interested in the parts where they used the questions as a platform to talk about domestic policy?

Richard: I am really glad we had an interesting conversation before this one, because my answer to your question is really boring: I found both of them frustrating at times, both of them better than I thought they would be at times. They both seem to agree with each other at a lot. So it’s like, whatever.

Ben: Short answer? No, I was not swayed by anything in Monday’s debate.

I love old-school statesmanship, so part of me wishes they could just agree on a bunch of foreign policy things and be okay with that. But that’s not reality; these days if the other guy ties his shoe with a bow, you have to act shocked and then extol the virtues of the double knot.

We’re coming down to the wire, and both candidates have had their opportunity to say what they want to say. Barring some unusual piece of evidence or radical policy shift, my thinking goes like this: At some point, our leaders will wake up to the fact that entitlement spending is going to destroy our national credit and cause a massive recession. Mitt Romney and Paul Ryan seem more honest about that fact, and better equipped to find solutions. Further, Romney will more likely make Supreme Court appointments I will be comfortable with.

So despite the fact that I really like Obama personally (and voted for him in 2008) and think he’s done a lot of good things, at this point I’m leaning Romney. It’ll be interesting to see what happens, though, because unless he shakes something up in Ohio, the math is against him.

Richard: What if Obama unveils his college records because of Donald Trump’s offer and it turns out he killed a man when he was a sophomore?

Ben: Please tell me this conversation is over. 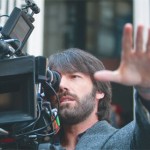 October 25, 2012
The Moviegoer: Movie Making and the Politics of the Exfiltration Thriller
Next Post 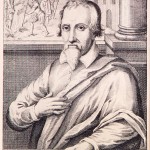 October 26, 2012 Frequently Searched Questions: Halloween Edition
Recent Comments
2 Comments | Leave a Comment
Browse Our Archives
get the latest from
Evangelical
Sign up for our newsletter
POPULAR AT PATHEOS Evangelical
1