Ethical Dilemmas Arise When You Turn Science Fiction into Reality

Once again, something that was formerly in the domain of science fiction has crossed the line over into reality. But in this case, that’s not the only line that has been crossed.

NPR recently reported that geneticists at the Oregon Health & Science University had created an embryo containing genetic material from three individuals as part of research aimed at curing genetic diseases caused by defective mitochondrial DNA. The geneticists located the bad DNA in unfertilized eggs, replaced it with good DNA from donated eggs, and then fertilized the now-fixed eggs, creating healthy embryos. (No human babies have been birthed from these embryos yet, but the researchers have used the process to create baby monkeys.)

This research has a good chance of eliminating certain genetic diseases which result in horrible situations, e.g., babies dying within days of being born, but that good may be offset by legal and ethical challenges.

For starters, there are questions about the “identity” of any babies born as a result of this procedure. Imagine the legal issues that could arise if three (or perhaps, even more) people were able to lay genetic claims on a single child. There could also be far deadlier results than legal issues regarding parentage. What the geneticists have essentially done is discover a way to pass genetic information across generations. If this process were to ever go awry, the result could be brand new genetic diseases rather than cures for existing ones.

Also, it doesn’t take too big a leap of imagination to see this process being used for enhancement in addition to cures. The concept of “designer babies” — i.e., babies who have been designed to have desirable traits such as a specific eye color or gender, or resistance to a particular malady — is not new, and this recent development offers yet another tool for creating them. But this could have far-reaching social implications. From NPR’s article:

…the move raises those early fears about manipulating DNA to create a brave new world of genetic haves and have-nots, according to Darnovsky.

“Socially, what this would mean is we would be moving toward a world in which some people — and it would be people who could afford these procedures — would have either real or perceived genetic advantage,” she says.

It is becoming increasingly possible that our world, already so divided by ethnicity, culture, wealth, politics, religion, etc., could face additional divisions brought on by genetic enhancement. Enhancement that the Oregon geneticists are helping, inadvertently or not, to bring about.

As I’ve written before, we live in a day and age where advances in science and technology are rapidly undermining many of our long-standing notions of what can, and should, be done when it comes to humanity. This situation, and others like it, present a unique challenge and opportunity for Christians, given our belief that humans are not merely raw material to be used and experimented on, but rather, have been created in the Image of God. Indeed, much of our theology is founded upon that belief. We must carefully consider how such developments challenge that belief and think critically about Biblical decrees regarding life and what might violate them — even as we recognize and praise the benefits that research, when ethically done, can have for humanity. 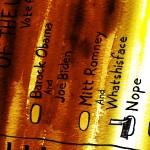 October 29, 2012
Don't Vote: An Alternative to American Politics
Next Post 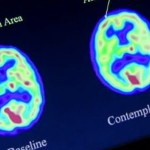 October 29, 2012 This Is Your Brain on Prayer
Recent Comments
6 Comments | Leave a Comment
"Radford made a connection between Ender and Hitler.Another possible connection: Could Card have been referring ..."
Raymond Z ‘Ender’s Game,’ Genocide, and Moral Culpability
"Faith is the confidence that what we hope for will actually happen; it gives us ..."
Smiley M.M. Music Matters: David Bowie, Still Not ..."
""that many of us do not accept that a few cells of human DNA constitute ..."
myintx How I Changed My Mind About ..."
"No thought given to the unborn child whose life was 'silenced and oppressed'... sad."
myintx How I Changed My Mind About ..."
Browse Our Archives
get the latest from
Evangelical
Sign up for our newsletter
POPULAR AT PATHEOS Evangelical
1