This Is Your Brain on Prayer

This Is Your Brain on Prayer October 29, 2012 Erin Straza

Those lines came to mind as I read a Huffington Post article about recent research studying what happens to the brain when we pray. The research found that prayer activates specific parts of the brain — the same areas that activate during regular conversation. A brain on prayer is different from a non-praying brain. Here’s how the research was conducted:

In a video that recently aired on “Through the Wormhole” narrated by Morgan Freeman on the TV channel Science, Dr. Newberg explains that to study the effect of meditation and prayer on the brain, he injects his subjects with a harmless radioactive dye while they are deep in prayer / meditation. The dye migrates to the parts of the brain where the blood flow is the strongest, i.e., to the most active part of the brain.

But not all prayer is alike.

Dr. Newberg found that “in Judeo-Christian prayer, the frontal lobe activates just as it would in normal conversation. To the brain, talking to God is indistinguishable from talking to a person.” That makes sense considering the Judeo-Christian tenet that God is a personable, communicating Being. And for Christians, He is a Person, Jesus Christ. People with these faith backgrounds are talking to a real Person when they pray.

For people from other religious backgrounds, their brains did not activate in the same way. Their practice is not toward “a person who can be directly spoken to but rather an essence that can be visualized during deep meditation.” And when atheists were asked to meditate, their brains were not active at all because to them, “God is unimaginable:”

Dr. Newberg concludes that all religions create neurological experiences, and while God is unimaginable for atheists, for religious people, God is as real as the physical world.

Christians would add to this the impossibility of a non-believer communing with God apart from a spiritual birth (John 3:1–15) that renews the mind (Rom. 12:2) in Christ. Of course there is no activity: The atheist is separated from God and needs life brought to those dead places that aren’t activating. It’s like parts of the brain are not yet switched on; without those parts brought to life, there is no way for the brain to function in a spiritual sense.

What a solid reminder that regeneration is of utmost importance. Rituals of meditation, prayer, service, moral acts, and so on do nothing for bringing the dead to life. 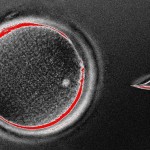 October 29, 2012
Ethical Dilemmas Arise When You Turn Science Fiction into Reality
Next Post 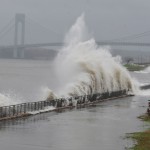 October 30, 2012 Hurricane Sandy Checklist: Love Thy Neighbor
Recent Comments
2 Comments | Leave a Comment
"Radford made a connection between Ender and Hitler.Another possible connection: Could Card have been referring ..."
Raymond Z ‘Ender’s Game,’ Genocide, and Moral Culpability
"Faith is the confidence that what we hope for will actually happen; it gives us ..."
Smiley M.M. Music Matters: David Bowie, Still Not ..."
""that many of us do not accept that a few cells of human DNA constitute ..."
myintx How I Changed My Mind About ..."
"No thought given to the unborn child whose life was 'silenced and oppressed'... sad."
myintx How I Changed My Mind About ..."
Browse Our Archives
get the latest from
Evangelical
Sign up for our newsletter
POPULAR AT PATHEOS Evangelical
1

A Letter to Christian Parents about...
Anxious Bench
Related posts from Christ and Pop Culture