The Televangelists: “Freaks and Geeks” Offers a Thoughtful and Hilarious Look at High School

Each Friday in The Televangelists, one of our writers examines the met and missed potential of television.

The history of television is littered with the remains of shows that were cancelled or otherwise mistreated by studio executives, marketing folks, and other suits. One such show was Freaks and Geeks, a high school drama/comedy created by Paul Feig (Bridesmaids) and produced by Judd Apatow (Knocked Up, The 40 Year Old Virgin) that lasted less than a season when it aired in 1999.

Set in the early ’80s, Freaks and Geeks centers around Lindsay (Linda Cardellini) and Sam (John Francis Daley) Weir. Lindsay is an honors student and celebrated “mathlete” well on her way to academic stardom who suddenly enters a rebellious phase and starts hanging out with the “freaks”, led by Daniel (James Franco). The “freaks” are slackers who would rather spend time smoking pot and discussing the music of Led Zeppelin and Rush then attend class, and her burgeoning friendship with them creates no small amount of concern for her parents, teachers, and former friends.

Meanwhile, Sam and his friends are entering their freshman year. Hoping to make a big splash, especially with the girls, their efforts are hampered by the fact that they’re “geeks” who enjoy playing Dungeons & Dragons and going to sci-fi conventions as their favorite Star Wars and Doctor Who characters. Needless to say, much social awkwardness occurs, and the boys find themselves picked on, beat up, and often barely able to stay afloat in the merciless waters of high school.

Freaks and Geeks deserves all of the acclaim that it has received over the years, and for many reasons. As a comedy, it is hilarious, especially when it comes the geeks’ antics. As a drama, it can be quite moving as Lindsay begins questioning her values and assumptions. And as a high school show, it certainly captures the awkwardness experienced by those of us who, for whatever reason, were never close to being “cool” or “popular”. But none of those things would’ve been possible were it not for the remarkably nuanced and respectful way that it handled its characters.

Freaks and Geeks played the “freak” and “geek” scenarios for the obvious laughs — e.g., the geeks’ attempts to woo their female classmates, the freaks’ attempts to score pot and throw parties — but it never played them for cheap laughs. Rather, each character was treated with, for lack of a better term, respect by the show’s creators. This was especially true with the show’s adult characters, specifically Lindsay and Sam’s parents. At first, Mr. and Mrs. Weir are shown as strict and rigid, especially the father, but as the show progresses, they become deeper and more nuanced. They’re not bumbling foils for their kids’ antics, nor are they left to be faceless authority figures. Every so often, the show gives a glimpse of what the parents are going through as they deal with a newly rebellious daughter and a son who is growing up too fast, and we begin to understand why they do what they do.

This approach extended to other characters — the burnt out hippie guidance counselor, the gym teacher who seems like nothing more than a clueless jock — and in each case, what we believed to be true about them was delightfully subverted. Freaks and Geeks continually challenged its viewers to look beneath the surface, to look beyond cliches and stereotypes. Just when you thought you had a character all figured out, and were ready to dismiss them, you were thrown a curveball, with the result being a deeper, more rewarding story that could leave you in stitches or wiping away a tear, sometimes in the very same episode.

Since airing, the show has gone to receive numerous amounts of acclaim (Time placed it in their list of the 100 greatest TV shows of all time), near cult status, and several of its stars — e.g., James Franco, Seth Rogen, Jason Segel — have gone on to bigger and better things. Who knows what would’ve happened had it had a longer run. It would’ve been great to follow these characters and their stories for three or four seasons, but that being said, I’m glad we have the episodes that we do. Its eighteen episodes — that’s right, eighteen — are simply wonderful television, and now that it’s streaming on Netflix, I hope its status continues to increase. 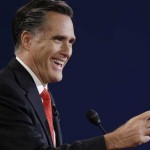 October 8, 2012 Russian Orthodox Christians take on Apple's "Blasphemous" Logo
Recent Comments
1 Comment | Leave a Comment
"Radford made a connection between Ender and Hitler.Another possible connection: Could Card have been referring ..."
Raymond Z ‘Ender’s Game,’ Genocide, and Moral Culpability
"Faith is the confidence that what we hope for will actually happen; it gives us ..."
Smiley M.M. Music Matters: David Bowie, Still Not ..."
""that many of us do not accept that a few cells of human DNA constitute ..."
myintx How I Changed My Mind About ..."
"No thought given to the unborn child whose life was 'silenced and oppressed'... sad."
myintx How I Changed My Mind About ..."
Browse Our Archives
Related posts from Christ and Pop Culture 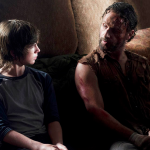