Civil Discussion: The Petraeus Disappointment and The Divided States of America

Richard: Ben, the week after the election was supposed to be slow and boring!

Ben: You’re not kidding… and in a similar vein, the military is supposed to be non-political and drama free. What on earth is going on around here?

I’m a little sad to have to discuss this topic. I’m a big fan of David Petraeus, even mentioning him on my list of heroes. I’ve read several of the books and articles covering his time in Iraq, his development of the U.S. Counterinsurgency Manual, and his time in Afghanistan (and yes, I’ve read “All In”). I think he is brilliant and fascinating and original. And I am going to miss thinking he is an excellent family man besides.

I’ve been so involved in his accomplishments and leadership qualities that it’s a little hard for me to see what this story looks like to someone who hasn’t been. What has struck you most about this story?

Richard: I will be honest: I have only been vaguely aware of the various developments of this story. And really I don’t have anything unique or interesting to say about it. I have been struck by how in an instant an entire legacy can be tarnished because of something like this, but that’s nothing new.

My main question for you, though, was how much this stuff affects the way you see his other accomplishments and leadership qualities?

Ben: That’s a difficult question. I don’t think it affects what I learn from his leadership style; it’s clear that those principles have been part of him for a long time, and aren’t dependent on his personal morality. At the same time, there’s definitely a change in how you view a person. No matter how often we reaffirm that all are fallible, it’s still incredibly unattractive to see fallibility in our heroes.

I guess I would say my admiration for the man’s public life is as great as ever, but he’s no longer someone I would lift up as an example to others of a person leading a holistically healthy life.

What do you think about the media coverage? If there’s any lesson to be relearned here, it’s that sex sells. I can hardly believe how shamelessly various outlets are putting out the same basic story again and again, using different (borderline misleading) titles to try to draw hits.

For example, here’s a headline from a CNN article today. “Petraeus pillow talk: ‘A spy agency’s worst nightmare’” The story itself adds very little to the national conversation, it’s mostly a rehashing of stale information and noncommittal quotes. But you clicked on it when you saw it, didn’t you? Me too. It almost makes me wonder if the media is more interested in news as a business opportunity than news that helps us better understand the important events happening in the world…

Richard: Oh, wouldn’t that be a crazy world! I am glad that for the most part, our news sources are interested in serving the common good hahahahahaha!!

I didn’t click that link, but I know what you mean. And you have to admit: this story is like a gift from the heavens to these outlets. Particularly the way things seem to be slowly revealing themselves, like a weird episodic tv show where we find out more and more back-story as time goes on. It’s like a really skeevy version of Lost!

In other, less sensational news, a bunch of states are seceding from the union! This is real, hard-hitting journalism we’re getting at now! Is Kentucky on the list?

Ben: Kentucky is absolutely on the list of states seceding. After all, nobody should ever have to be a part of their country if they don’t get what they want all the time.

You know, we talk a lot in political circles about entitlement reform, but I’m really dismayed by another type of entitlement. At some point, we have to acknowledge that our American cultural structure (the principles we live by, the attitudes we have, the tools at our disposal, etc) is hardening our sense of personal entitlement to be exactly who we like being. Everything from the way kids are raised to the way the internet funnels like-minded people together is telling the individual that they get to be as extreme as they want, without compromise and without fear of reprisal. Some may argue that’s a good thing, but then we are surprised when it’s taken further than anyone expected.

Do you think Christians should talk more about this cultural trend? Do you think we should be more honest about the ways it affects us? Are there things we can do to combat some of the negative results of those trends?

Richard: The general media and public talks about it a lot, but I think a lot of Christians might subconsciously feel that a little bit of overreaction is justified. And who can blame them? The pro-life issue alone is a pretty alarmist issue at its foundation. If you are pro-life (and I am), you believe that babies are killed all the time, all around you. SOMETHING MUST BE DONE. That’s an issue in which I kind of understand the stark and violent division.

If any issue is worth seceding over, it’s abortion – but that’s not very practical, and it doesn’t solve anything. It just makes us feel like we did the right thing.

And that’s the thing with this yelling back and forth, isn’t it? We’re not so concerned about changing hearts and minds as we are doing the “right thing” and being able to say we did. Sometimes, though, I think the solutions require us to be a bit more shrewd. It means saying true things in convincing ways, focusing at times on truthful persuasion rather than blunt clarity. It means examining the problems with inconsistent and damaging worldviews in ways that don’t write off those who hold them. It means giving one another the benefit of the doubt when it comes to meanings and motives.

In my opinion, Christians should be leading in the effort to turn these conversations into something constructive. But so far we’re followers at best and rebels at worst. 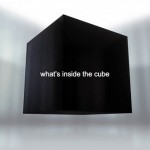 November 16, 2012
Play in Process: Why 'Curiosity' is the iPhone's New False Religion
Next Post 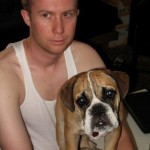 November 16, 2012 Frequently Searched Questions: Make Church Faster
Recent Comments
3 Comments | Leave a Comment
"Radford made a connection between Ender and Hitler.Another possible connection: Could Card have been referring ..."
Raymond Z ‘Ender’s Game,’ Genocide, and Moral Culpability
"Faith is the confidence that what we hope for will actually happen; it gives us ..."
Smiley M.M. Music Matters: David Bowie, Still Not ..."
""that many of us do not accept that a few cells of human DNA constitute ..."
myintx How I Changed My Mind About ..."
"No thought given to the unborn child whose life was 'silenced and oppressed'... sad."
myintx How I Changed My Mind About ..."
Browse Our Archives
get the latest from
Evangelical
Sign up for our newsletter
POPULAR AT PATHEOS Evangelical
1

On the Pope's Endorsement of Same-Sex...
Cranach
Related posts from Christ and Pop Culture