Science Explains Why We Love to Suffer on Black Friday

I’ve only gone out on Black Friday — the massive shopping “holiday” that takes place on the day after Thanksgiving — once. It was shortly after I got married. My wife and I went to the local Kohl’s, found some items we liked with reduced prices. We never purchased those items, because we decided we had better things to do with our Friday than wait in a line that wrapped all the way around the store’s interior. We put the items back and left.

However, there are plenty of people who are perfectly willing to get up before the crack of dawn, trek from store to store, wait in longer-than-long lines, and spend lots of money. (Nearly 230 million consumers spent a record $52.4 billion during 2011’s Black Friday weekend.) But why do we do it? Why do we get up so early? Why do we go from store to store in order to take advantage of deals that, as it turns out, may not be deals after all? Why do we put ourselves at risk of potential Black Friday violence and stampedes?

In other words, there are some people — apparently, nearly 230 million of them last year — for whom the enjoyment of Black Friday is essentially hardwired into their physiology. At the risk of sounding deterministic, they have no choice but to like it and find it thrilling, pleasurable, and more. As Greenfield notes:

The people who choose to partake in Black Friday, will likely associate many of its aspects with positive feelings. In fact, the day doesn’t evoke angry or related emotions for many of its participants, found an study from Eastern Illinois University. The researchers observed consumer behaviors and emotions on that day and, as you can see below, calmness, happiness, and courteousness ranked higher than anger and anxiety.

There’s no doubt that stores know about the effects that Greenfield lists in her article; it’s no secret that stores use numerous tricks and tactics to manipulate consumers into spending more money. Knowing about these tactics, and the various biological and psychological responses that we can’t consciously control but that can be so easily triggered by external forces, may be the first step to wresting some control from an otherwise out of control day. 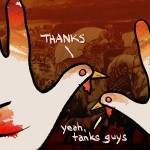 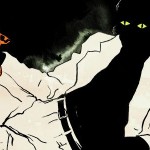 November 26, 2012 Michael Jackson's "Thriller": 30 Years of Fear (but Fear Not)
Recent Comments
3 Comments | Leave a Comment
"Radford made a connection between Ender and Hitler.Another possible connection: Could Card have been referring ..."
Raymond Z ‘Ender’s Game,’ Genocide, and Moral Culpability
"Faith is the confidence that what we hope for will actually happen; it gives us ..."
Smiley M.M. Music Matters: David Bowie, Still Not ..."
""that many of us do not accept that a few cells of human DNA constitute ..."
myintx How I Changed My Mind About ..."
"No thought given to the unborn child whose life was 'silenced and oppressed'... sad."
myintx How I Changed My Mind About ..."
Browse Our Archives
Related posts from Christ and Pop Culture