The film (and the story it’s based on) has been around, but just in case: Spoiler Alert! Bernie is available via Redbox and Netflix steaming.

Widely considered unpleasantly cold by her town neighbors and even family members, Marjorie Nugent (Shirley MacLaine)–a recently widowed 81 year old millionaire–has been found dead, buried in her own freezer. But not only does her plight go unnoticed for nine months, Marjorie’s murder, when it is discovered, evokes almost no sorrow from the small-town locals who knew her. In fact, there’s even a sense of “she had it coming” floating around. So off-putting was her mean-spirited, demanding temperament, that Marjorie had alienated herself from both her family and neighbors to the point of having no friends, nor anyone who would become suspicious enough of her months-long absence to inquire with persistence as to her whereabouts. Ornery to the point of being labeled “a bitch” Marjorie may have been, but who is the dangerous person that would kill an 81 year old widow and stuff her in the freezer?

Bernhardt “Bernie” Tiede (Jack Black) is at the top of the list of people you’d count likely to go to Heaven. So says a local elderly woman–and likely beneficiary of Bernie’s many kindnesses–from Carthage, Texas. The pleasant, pudgy man in his late 30’s started as an assistant mortician who endeared himself to the community by always performing the simplest acts of benevolence as the opportunities were available to him. In themselves, these acts started out conventional enough–helping with tax returns, heading up the Christmas decorating committee, sewing curtains for folks who needed them–but these charitable acts, among countless others, added up to something of a local legend. This compassionate disposition perfectly suited Bernie as an eccentrically sympathetic mortician meeting the needs of widowed families. A Sunday school teacher, occasional pulpit-filler, and choir singer, this mustached tenor soloist could even supply spiritual comfort for the townsfolk in the midst of their grief. Bernie seemed to relish especially the attention of Carthage’s elderly widows–his most devoted admirers.

One day, Bernie was in charge of Rod Nugent’s funeral, and, shortly thereafter, an unlikely and unhealthy co-dependent relationship was born between a demanding, old woman and a servile, middle-aged man.

I watched Richard Linklater’s Bernie knowing that it was based on a true story, but only after seeing the film did I read the article on which the film is based: “Midnight in the Garden of East Texas.” Just how true the film is to what happened is, in a way, shocking. Yet, while we know many of the details, much about this outlandish southern tale remains mysterious because Linklater constructs the film, which blurs the line between documentary and drama, around the testimony of the locals. Though the question of whether or not we’re seeing actors or real Carthage locals is sometimes distracting, Linklater’s approach works pretty seamlessly and is effective in two particular ways.

First, he allows the people to tell the story without much directorial intervention in the narrative, making for a fascinating “true crime” drama qua dark comedy. Much of Bernie’s comedic element actually derives from the people filling in the details for this filmic oral history. Second, the locals themselves become a kind of essential character in the film as an implicit commentary on what kind of people might get so taken with a charismatic figure that his trial would need to be moved to a different location for fear that a confessed murderer may not be found guilty.

And this second point–the locals’ perception of Bernie–is why the film is, ironically, both mysterious and revealing. It’s mysterious because none of the locals who fill in the details for the story really seem to know Bernie in a way that might provide us with a comforting insight into what provoked him to murder Marjorie–an act that, based on their testimony and devotion, seems so uncharacteristic of him. Yet, their “distant” admiration of Bernie is also quite revealing, I think. There’s a sense in which Bernie’s acts of kindness  seem remote. Beware of the person who builds everyone up such that they love him without really knowing him. Indeed, more interesting than Bernie’s testimony that he shot Marjorie in a fit of alien rage after enduring months of her meanness is the locals’ testimony that Bernie more than anything “wanted to be liked,” and “had a knack for drama.”

Of course, one line of thought we get is that Bernie was a routine con man. Indeed, in the months leading up to and following his murdering Marjorie, he spent much of her fortune. But Bernie used quite a bit of that money to perform even more extravagantly generous deeds for the locals–buying a house for one couple, paying for college education for a young one, buying a truck for another, providing the addition at the church for the prayer room.

Perhaps Bernie was a con man in a different sense–the sense in which his motivations for doing nice things for people was ultimately motivated by a desire to feel important, appreciated, and accepted (perhaps even understandable for a gay man in the small-town Texas closet?). Maybe after Marjorie began spending time with him he couldn’t resist both the resources she showered on him, and his own desperate persistence in trying to win her approval, too. That is, maybe what Bernie swindled was the locals’ affection by earning it with the false confidence received upon exchange of manipulative gifts.  This is what makes the irony of who Bernie is and what was wrought in Carthage more scary than comedic: our motivations are so easily veiled–even to ourselves–that a Jekyll and Hyde moment can unexpectedly be an eruption of deathly evil.

In what is probably the most striking moment of the film for me in its darkly comedic irony, the Carthage police find Bernie to arrest him as he is delivering a motivational speech to a little league baseball team: “If you’ve worked hard and done the absolute best you can, it doesn’t matter what the scoreboard says, you are the winner in the game of life.” The kids look on, puzzled as he is escorted out of the restaurant. The thing is, it’s not a very good motivational speech, for you can do your absolute best in the absolute wrong way, surprising not just others, but maybe even yourself. That’s the Angel of Death at his deceiving best.

November 1, 2012
It's Not the Economy, Stupid: Why I Think a Civil Rights Issue Will Determine the Election
Next Post 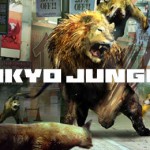 November 2, 2012 Play in Process: Tokyo Jungle is the Ultimate Game About the Rapture
Recent Comments
0 | Leave a Comment
Browse Our Archives
get the latest from
Evangelical
Sign up for our newsletter
POPULAR AT PATHEOS Evangelical
1