The Moviegoer: “Wreck-it Ralph” Could Use some Fixing from Felix

There’s a fun scene in the latter half of Wreck-it Ralph in which brutish “bad guy” Ralph is helping his little glitching, pixeled companion, Venellope von Schweetz, build a go-kart made of candy. The scene encapsulates the film’s brimming possibilities. The arcade characters build the kart within the structure and mechanism of the kart-racing game, Sugar Rush. Which is to say, in part, that they build the candy kart in a “mini-game,” referencing a familiar gaming fixture. And, yet, the characters are acting of their own volition within the certain contextual restrictions of the game’s world. Venellope’s desire to win the race in order to feel self-validated seems consonant with the fulfillment that competitive games brings to gamers. And, especially in the film’s climax, the kart-race works as a pleasant reference to the classic franchise, Mario-Kart. Ralph even has to teach Venellope how to race, which works both as a plot point and as a kind of reference to “how to” sections in main menus or instruction manuals. The competition, learning curve, nostalgia, and–by virtue of bringing the characters to life–volitional status of the human gamer are all wrapped up in a cute scene.

The scene is representative of what occasionally worked in the film. Yet, to my disappointment, I often felt bored for much of the film’s duration, particularly the second act, which drags especially.

As a former gamer of the mid to late 90’s, I went into Wreck-it Ralph with some excitement and reasonably high expectations. Finally!–a film about gaming that might deliver on both 1) the nostalgia of a generation whose childhood was often spent in programmed, interactive imaginative worlds, and 2) the creativity to produce a narrative tribute to both mediums, which are often combined–for better or worse. And, for the first 25 to 30 minutes, I wasn’t disappointed.

The narrative setup is pretty straightforward but also promising. For 30 years Ralph has perpetually been the “bad guy” in the game Fix-it Felix at Litwak’s Arcade. And let’s face it, nobody likes a bad guy. Well, at least not from the dated gaming world from which Ralph comes. At night, after the arcade closes, the characters are free to interact and roam from game to game. Functioning as a bit of a testament to my disappointment with the film, one of the great early scenes happens to be the one that previews for the film centered on: the “villain support group” which Ralph attends and which features well-known villains from existing video games. In short, Ralph–persuaded by his outcast status within his own game–decides that he’s going to prove that he’s a “good guy,” and the burden to fulfill this dream will take him on a quest across multiple arcade game platforms.

Formally, the first act of Wreck-it Ralph delivers–and then some. The first moment that we’re taken “inside” the game–“behind” the screen–to the three-dimensional world that Ralph, Felix, and company inhabit is a pleasure of bright color, memorably technical sound, and dreamy 8-bit design. Moreover, the world-building of the first act is also laudable. The way the film conceptualizes what goes on at night–behind the scenes–is clever and imaginatively depicted. Aside from the villain support group scene, there are several other recognizable references, including a funny Sonic the Hedgehog appearance. Another great sequence is when Ralph finds himself in Hero’s Duty–a first-person shooter akin to Halo. The film wisely plays with the possibilities of 8-bit characters invading modern gaming worlds (and the other way around), culminating in a humorous, aw-shucks relationship between innocent Felix and jaded-by-a-“back story” (hilarious nod in itself) team-leader, Calhoun. Throw in some fun, subtle references like the programmatic way that certain characters move and the fact that a “glitch” can never leave the game, and I’m more than willing to say that the film works really well early and shows flashes thereafter.

But it’s when the film settles into the game environment of Sugar Rush that my disappointment began, and my boredom/indifference was fairly routine. I suppose you could chalk it up, partly, to false expectations (false advertising?)–the villain support group scene isn’t really a microcosm for how the film works–but Sugar Rush doesn’t seem to me the appropriate landing spot for a gaming movie of this sort, if it’s going to land at all. To the former point: who plays a game like “Sugar Rush?” I don’t mean that as an insult–obviously, people do. But it doesn’t feel like an effective spot to settle into when most of the film’s second act feels like a tribute to candy instead of video games. To the latter point, part of why the first act works for me is because it’s consistent with gaming qua movement to different levels/worlds. Either way, the film almost becomes self-fulfilling of the worst stereotypes you might expect of “Sugar Rush”: sometimes overly-sweet, annoyingly hyper, and too often descending into not-funny-after-the-first-time potty humor. Mileage may vary as to whether this is an apt tone (to be fair, I’ve had plenty of gaming sleepovers supplemented with Mountain Dew and fart jokes).

And while the narrative arc works well enough, I found it unnecessarily vague at times. The end seems to confirm that Ralph has become, or perhaps shown himself to be, a “good guy.” Yet, there’s a few somewhat unclear references–couched within the running theme of the outcast–to that modern mantra, “be yourself!” Properly qualified, self-confidence, definition, and assurance are most certainly to be trumpeted, but placed over against Ralph’s defined status as a “bad guy,” it’s sometimes ambiguous. It’s finally clear that Ralph is a good guy whose function is to play a video game bad guy, but some of the authenticity references almost seem to collapse the distinction between good and bad in the moment that they’re espoused. For me, the story itself offers little to take home, seemingly lacking the impressive quality of a more nuanced narrative.

Certainly, Wreck-it Ralph is a fun outing to the multiplex. It has moments of satisfying entertainment, but not enough. I may be in the minority here, but I prefer The Secret World of Arrietty or Brave as far as 2012 animated films are concerned. I love the film’s charming imperative to empower and redeem the unjustly excluded, but it just feels as if Wreck-it Ralph could, in a few ways, use the magic touch of Felix.

November 8, 2012
Nick Olson on the False Hope of Cryonics
Next Post 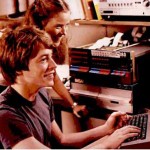 November 9, 2012 Frequently Searched Questions: Technology is an Edged Weapon
Recent Comments
5 Comments | Leave a Comment
"Radford made a connection between Ender and Hitler.Another possible connection: Could Card have been referring ..."
Raymond Z ‘Ender’s Game,’ Genocide, and Moral Culpability
"Faith is the confidence that what we hope for will actually happen; it gives us ..."
Smiley E.E. Music Matters: David Bowie, Still Not ..."
""that many of us do not accept that a few cells of human DNA constitute ..."
myintx How I Changed My Mind About ..."
"No thought given to the unborn child whose life was 'silenced and oppressed'... sad."
myintx How I Changed My Mind About ..."
Browse Our Archives
get the latest from
Evangelical
Sign up for our newsletter
POPULAR AT PATHEOS Evangelical
1