The Cold and Broken ‘Hallelujah’ of the Evangelical Subculture

It’s not a secret that there is a lot of bad, bad art being made by Christians. Art that, like a senator’s campaign ad, disposes of quality and creativity to allow for an airtight theological agenda. And to be fair, this is not just a “Christian” problem. Turn on the radio and Lady Gaga and her really, really, really rich producers will tell you that you were “Born This Way”.

But the sad trend that I see within American evangelicalism isn’t simply to make art that isn’t “good”, but the act of selectively excluding art/books/music/etc. that do not meet the standard of “edifying”. In recent memory, Marvin Olasky over at World Magazine, an important Evangelical publication, has told me Leonard Cohen’s Hallelujah is wicked  and should be redone in a more “Christ honoring way”. As an orthodox (reformed even!) evangelical, this sort of holy-cleanup of culture sits uncomfortably… not to mention it’s a total buzzkill.

Olasky’s attempt to “reclaim” one of the greatest songs of the twentieth century is quite worrisome. The article, if you didn’t click over, essentially states that the music is wonderful but the tune is wasted on lyrics that are “a brooding, angst filled, lonely ode to failure”. So the author suggests that Christians rewrite the lyrics to be “Christ-honoring”.

But the problem with this is that it is completely untrue to the human condition.

Hallelujah may be “an ode to failure” (or whatever), but are not the feelings of shame, brokenness, and longing in Cohen’s song true expressions of the world, marred by sin, which God himself made and loves? I am saddened by not only this attempt to smooth over life with a glossy evangelical coating, but by the fact that this fundamentalist ‘anti-culture’ sentiment is still alive and well within the mainstream Christian subculture.

Sure, it may not be as curmudgeonly as it is in a pure fundamentalist church, but by denying the reality of suffering, hurt and human emotion in non-believers, evangelicals unknowingly distance their message and beliefs from the reality of the lives of those they want to reach.

I am afraid that the Olasky’s post encourages Christians to change the lyrics to Cohen’s masterpiece because it isn’t tidy and the truth in it is dusted in our shared fallen nature. There is pain, truth and beautiful mystery in Cohen’s words but if you aren’t willing to dig for it, you’ll judge it.

“Love is not a victory march, it’s a cold and it’s a broken ‘Hallelujah’.”

What does it mean? It can mean so much. It was created with a keen awareness of the Creator, and though it may not be in line with the Nicene Creed, these words speak prophetically to how terribly difficult it is to love and how much pain is caused by exposing yourself to others. The liturgical imagery conjuers up images of Christ’s death or of faithful prophets of Israel, weak from their tears and the taunts of their national brothers, all but lost in paganism. It is there, but one must seach, it is not easy.

The Bible is clear that the world and all in it were made by God and give glory to God (Psalm 24:1, Psalm 89:11, Psalm 98:8). Still, because of the curse of sin in this world and the otherworldly nature of our salvation, we must train ourselves to pay attention to the image of God in creation. But life is hard and we all have a tendency to withdrawal to comfort zones, especially Christians.

The Christian subculture is safe. As I write this I am sitting in a coffee shop that is a young evangelical hub in my city. Everybody looks kind of docile and I am sure that there is a lot of deep, edifying conversation going on around me. But it’s a bubble, safe and free of any brooding, angst and loneliness. Not that the feelings of brooding, angst, loneliness aren’t there, but they are not expressed. It seems as if American evangelicals are trying to hide a deep dark secret: that they sin.

We need a vision of the Church that, in meekness, can wrestle with their sin out in the open, without pretending that everything is neat and tidy. We need to long for more stories about people, at the end of themselves, who cry a cold and broken ‘hallelujah’ at the feet of Jesus, not just looking for a quick and edifying fix to get them through the day. 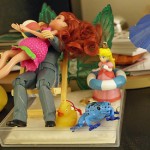 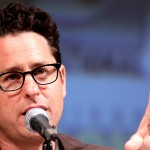 January 25, 2013 Hopefully, The Force Will Be Strong with J.J. Abrams
Recent Comments
9 Comments | Leave a Comment
Browse Our Archives
Related posts from Christ and Pop Culture