The Kiddy Pool: The Princess Paradox

“While I appreciate the concept behind the Christian princess, Scripture doesn’t talk about God’s children as princes or princesses.”

As the mother of two little girls (and none of us live under rocks), I’ve been mulling over the princess thing for a while. On the one hand, I think dressing up and make up and girly things like Hello Kitty are super fun. On the other hand, I hold at least vaguely feminist convictions, and while I happen to be somewhat traditionally feminine, I prefer to see gender as a continuum rather than a prescription.

In my personal history, I can’t exactly overlook the tremendous debt I owe to feminist legislation like Title IX that makes my generation significantly more likely to be athletes than our fore-mothers. I also really like the film Snow White, and while I can live without the other Disney princesses, I just don’t want to give her up, so I try to spin her as “outdoorsy.” And what a soprano! Sure. I think this is what post-structuralists call a fragmented self.

In any case, I agree with the porcine former-princess Olivia in Ian Falconer’s Olivia and the Fairy Princesses that the princess thing gets a bit overdone, and tends toward uniformity rather than uniqueness, which seems sort of anti-princess, right? If you’re looking for more real-world credibility, consider Supreme Court Justice Sonia Sotomayor’s remarks on Sesame Street, where she told Abby, “Pretending to be a princess is fun, but it is definitely not a career.”

That quote has me thinking in a lot of directions, first with regard to the “Christian princess” syndrome. A Google search for “Christian princess” brings up an array of products, testimonials related to purity balls, and a “princess prep school”-themed Sunday school, among others. Most of these emphasize being a spiritual daughter of the King of Kings, thus (by that logic) making all Christian females princesses. I just don’t see this argument working for boys, because boys don’t want to be princes. Princes seem relatively generic, and, as Neil Gaiman claims in his poem “Boys and Girls Together,” “In stories, even princes don’t want to be princes.”

While I appreciate the concept behind the Christian princess (the one about being fully embraced as a child of God and still delighting in culturally significant expressions of femininity), Scripture doesn’t talk about God’s children as princes or princesses. Children, heirs, adoptees, servants, but not princes or princesses. So what happens when, in the midst of a cultural obsession with being royalty (but not the kind that actually has political or governmental responsibilities), we take this role on for ourselves? Where does that place us in relationship to the King of Kings?

My second concern comes from Sotomayor’s emphasis on careers, defined as “a job you train for, or prepare for and plan on doing for a long time.” Princess is not a viable career option for most of us. Where, I wonder, does that leave me? I think Sotomayor makes a great point, but I also think, given the context, I don’t actually have a career. I teach part time at a university (something I definitely trained for, and hope to do for a long time, but I am contingent labor). I write, something I also trained for and hope to do for a long time, but also not something that, at this point, earns me a living wage. I realize economics are not part of Sotomayor’s definition, yet most of us would ascribe some sort of financial component to the word career. I spend (there’s that economic metaphor again) most of my time mothering, but all of my training for that life-long endeavor is on the ground. No licensing required! There are benefits and drawbacks to viewing motherhood as a career, yet few fathers seem eager to pronounce fatherhood (or even parenthood more generally) as their career, which speaks volumes about the gendered implications of work and relationships, time in public and private spheres, financial and social recognition for the jobs we do, and the kinds of care we invest with value (more economic metaphors!).

To return to Gaiman’s “Boys and Girls Together,” he writes:

None of them know that one day, in their turn,
Boys and girls will find themselves become bad kings
or wicked stepmothers,
aged woodcutters, ancient shepherds, mad crones and wise-women,
to stand in shadows, see with cunning eyes:
The girl, still waiting calmly for her prince.
The boy, lost in the night, out on the moors.

The problem with princesses is that they grow up. Even Olivia ultimately decides it’s better to be queen. But there’s no room for a Christian queen. Definitely not another Christian King, given the standard theological framework. We need our metaphors to come to spiritual maturity. I love playing princesses with my daughters, but I want more than that for them, more even than careers. I want a vocation grounded in their relationships with the King of Kings, an evolving and eternal effort to be the unique people God created them to be.

January 8, 2013
Why Do We Love Lists? Umberto Eco Will Tell You Why
Next Post 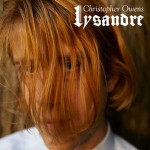 January 8, 2013 The Feedback Loop: Most Anticipated Albums of 2013
Recent Comments
6 Comments | Leave a Comment
Browse Our Archives
get the latest from
Evangelical
Sign up for our newsletter
POPULAR AT PATHEOS Evangelical
1

43 Years... and Counting (but who's counting???)
43 years ago today, Ann and I got married in the Methodist...
view all Evangelical blogs
What Are Your Thoughts?leave a comment
Copyright 2008-2020, Patheos. All rights reserved.