Why Do We Love Lists? Umberto Eco Will Tell You Why

It’s 2012 list time here at CaPC. We’ve created lists of our favorite movies, games, music, graphic novels, and television shows from the past year. Why do we do this?

Umberto Eco says it’s an act that’s part culture-making, part death-defying. His analysis was given in an interview with Der Spiegel which was then covered by Rebecca Rosen at The Atlantic:

“The list doesn’t destroy culture; it creates it. Wherever you look in cultural history, you will find lists. In fact, there is a dizzying array: lists of saints, armies and medicinal plants, or of treasures and book titles. Think of the nature collections of the 16th century. My novels, by the way, are full of lists. . . .

“We have always been fascinated by infinite space, by the endless stars and by galaxies upon galaxies. How does a person feel when looking at the sky? He thinks that he doesn’t have enough tongues to describe what he sees. Nevertheless, people have never stopping describing the sky, simply listing what they see. . . .

“We have a limit, a very discouraging, humiliating limit: death. That’s why we like all the things that we assume have no limits and, therefore, no end. It’s a way of escaping thoughts about death. We like lists because we don’t want to die.”

Interesting, yes? Something so very common as a list is actually a framework for our society and a construct by which we deal with our mortality. Even in our personal lives, we live by lists every day: what to do, what to buy, what to say.

We make lists so we don’t forget what’s important.

Eco’s premise is that we make lists about things that are infinite, and therefore, living by lists makes us feel infinite too. In some ways, documenting beauty and fascinations about creation (both the man-made in culture and the God-made in nature) is a way we enter into the infinite, for both culture and nature weave throughout history, stretching back before we entered the timeline and certain to continue on past our exit. List making gives us a mark on the timeline, a spot to declare what’s worthy of time and attention—not only the items on the list but also the one who crafted it.

January 8, 2013
Christianity is the Most Persecuted Religion on Earth
Next Post 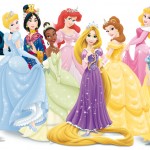 January 8, 2013 The Kiddy Pool: The Princess Paradox
Recent Comments
1 Comment | Leave a Comment
"Radford made a connection between Ender and Hitler.Another possible connection: Could Card have been referring ..."
Raymond Z ‘Ender’s Game,’ Genocide, and Moral Culpability
"Faith is the confidence that what we hope for will actually happen; it gives us ..."
Smiley E.E. Music Matters: David Bowie, Still Not ..."
""that many of us do not accept that a few cells of human DNA constitute ..."
myintx How I Changed My Mind About ..."
"No thought given to the unborn child whose life was 'silenced and oppressed'... sad."
myintx How I Changed My Mind About ..."
Browse Our Archives
get the latest from
Evangelical
Sign up for our newsletter
POPULAR AT PATHEOS Evangelical
1