What Would You Do to Get into Prison?

Most people would consider life in prison a horrible fate. Not 73-year-old Walter Unbehaun. He robbed a bank earlier this month because he wanted to be in prison for the rest of his life.

Unbehaun has spent most of his adult life in prison and was released most recently in 2011 after serving a 10-year sentence. After reading the news reports, it sounds like the years behind bars have taken a toll on him, making freedom more difficult than captivity.

Freedom was so uncomfortable that Unbehaun decided he’d rather live out his final years behind bars. Armed robbery was his crime of choice. After his arrest, he told investigators he simply “felt more comfortable in prison than out.”

I couldn’t help but think of the movie The Shawshank Redemption. In that story, long-time prisoner Ellis Boyd “Red” Redding, portrayed by Morgan Freeman, gave a haunting explanation of the paradoxical comfort prison can give its captives:

These walls are funny. First you hate ’em, then you get used to ’em. Enough time passes, you get so you depend on them. That’s institutionalized.

Those words deflated me the first time I saw the movie, and that’s exactly how I felt after reading Unbehaun’s story. Both cases serve as a reminder of how easily we grow accustomed to bondage, whether it’s physical, emotional, mental, or spiritual in nature. In time, bondage becomes familiar, a known captor, and freedom looms unknown and scary. Perhaps we choose to stay in a dysfunctional relationship, or stick with a life-draining job, or cling to addictions that are stealing life away from us. Prisons like these give us something we can count on, even if it takes our life in the process.

Our willingness to exchange real life for the certainty of what we know mirrors that of the Israelites as recorded in the book of Exodus. After they had escaped the cruelty of Egypt’s bondage, the uncertainty that they experienced in the desert prompted them to cry out for what they knew. They were willing, like Unbehaun, to return to bondage because at least they knew what to expect there.

It is in these moments that Jesus offers to be the certainty that our hearts need. Whether it’s the courage to end a bad relationship, pursue a new job, or break the cycle of addiction—or live life outside of prison—Jesus is the constant we need to really live in this unpredictable, scary world. 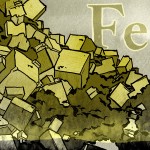 February 18, 2013 Why I’m Not Giving Up Facebook for Lent
Recent Comments
4 Comments | Leave a Comment
"Radford made a connection between Ender and Hitler.Another possible connection: Could Card have been referring ..."
Raymond Z ‘Ender’s Game,’ Genocide, and Moral Culpability
"Faith is the confidence that what we hope for will actually happen; it gives us ..."
Smiley E.E. Music Matters: David Bowie, Still Not ..."
""that many of us do not accept that a few cells of human DNA constitute ..."
myintx How I Changed My Mind About ..."
"No thought given to the unborn child whose life was 'silenced and oppressed'... sad."
myintx How I Changed My Mind About ..."
Browse Our Archives
get the latest from
Evangelical
Sign up for our newsletter
POPULAR AT PATHEOS Evangelical
1

Can a Christian Get a Tattoo?
In this week’s update, Pastor Mark addresses the topic of Christians and...
view all Evangelical blogs
What Are Your Thoughts?leave a comment
Copyright 2008-2017, Patheos. All rights reserved.