Music Matters: The Airborne Toxic Event on Struggles This Side of Paradise

Mikel Jollett, lead singer of The Airborne Toxic Event, had this to say about an artist’s expression of struggle (quoting from F. Scott Fitzgerald’s This Side of Paradise): “You’re not going to live a different kind of life than anyone else. You’ll have the same ups and downs as most other people. The difference is, you will leave a record of your life behind.” Presenting life’s struggles is familiar territory for Jollett and a theme he further explores on the four-song EP The Secret, a preview of the band’s full length album Such Hot Blood coming out later this spring.

The Airborne Toxic Event was born out of suffering. In a single week Jollett’s mother was diagnosed with cancer, his girlfriend broke up with him and he was diagnosed with an autoimmune disease that led to alopecia areata and vitiligo. To deal with these experiences he picked up his guitar and began writing songs. It is no surprise then that suffering and the temporal nature of our existence have always played a role in the band’s output. However, in the creation of these new songs Jollet took a slightly different approach:

In the opening track “The Secret”, Jollett describes the song as about “this moment of restlessness, feeling like I’m on this road and I don’t know where it’s gonna go and where it’s gonna end.” A twitching and jittering guitar line with a hollowed out bass encompasses this feeling of being unsettled. Jollett’s vocal begins low channeling Morrissey, then rises up in the chorus letting his voice become sandpaper gruff singing “out now”. The rest of the band joins in waves of “ohs” but prior to the chorus Jollett explicates his struggle.

“The Storm” is an ephemeral yet driving song taking a cue from The Edge’s clean guitar style. The song builds increasingly in intensity as the vocalist sings, “I surprise myself sometimes/ The way the days unfold and this road unwinds.” After a brief Celtic-like viola ditty, Jollett’s voice continually cracks as he hollers the final chorus, expressing his hard fought struggles for love.

Then you walked right through the doorway
You tell me you’re here to stay
The worst is gone and back I’d holler,
Had you been here this way
And I won’t just run, I’ll stand like a man
I got 25 years of running instead
How could I see that I never
That you came to me and I was caught in the storm
That I wasn’t alone

In “Safe” unfolds a conversation between two people on love, with violist Anna Bulbrook taking vocal duties on the second verse. Tinkling piano (a la a rhythmic twin and major key reworking of the Halloween theme) accompanies a viola melody similar to Gungor’s “Beautiful Things” as a stuttering syncopated bass pushes forward. Jollett aches to hear the words which are unspoken in the song (“I love you”) as screaming dissonant guitar bends wince the rejection pains he feels and he sings over and over again in the chorus, “It’s everything, everything, everything.”

In the final chorus Jollet adds an impassioned plea, “Just say it,” in response to Bulbrook’s list of question in the second verse (most notably, “Do you really want to hear that?”). Both vocalists then join together singing:

Still reeling from the fervent discussion, Jollett sings alone with a heavily distorted and cranked up guitar.

The struggles expressed in these three songs are not without hope since Jollett frames them within his search for God as he described in an interview with the St. Petersburg Times:

I spend a lot of time thinking about God and what God means and trying to confront these questions. Being a songwriter really forces you to confront questions. Your job is to wrestle with them and think about them thoroughly and come up with some kind of answers.

“Timeless” on this EP confronts those questions of God, through an exploration of the permanence of death and earnestly seeking a life which is eternal. Interestingly, the song embodies a similar musical landscape of the worship shout chorus styles of bands like Hillsong United and Starfield. As the song begins Jolett’s voice sounds electronically disembodied recounting losing a loved one, “As she disappeared alone in the darkness, I felt her spirit stay in the room.” The injustice of death is a reappearing theme in the song (“I want to hold on to all of the people I lost,“ “How the weight of their loss is like the weight of the sun“ and “It was like their lives were over before they begun”). In addition, he wishes that he could ignore death, suffering and questions of existence as does everyone else, “Such thoughtless minds, I wish I was thoughtless too. Well this hole in my heart, that I cannot abide.”

Amidst the grief of death, the chorus creeps in with hope:

We are, we are,
We are timeless, timeless.
Everything we have, we have,
Everything oh my God.
You are, you are,
The only thing that makes me feel like,
I can live forever, forever.
With you, my love.

This link to the eternal is what makes suffering bearable. That there is greater meaning to our lives, something that Jollett has locked onto in this song, as if “Timeless” is his meditation on Romans 6:23, “For the wages of sin is death but the free gift of God is eternal life in Christ Jesus our Lord.” This is “the conclusion of the struggle” in the life already and yet to come. 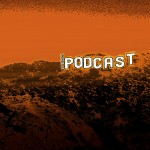 March 13, 2013 God and Country Music: What Makes a Record Great. 'Rattlin' Bones' after Five Years
Recent Comments
0 | Leave a Comment
Browse Our Archives
get the latest from
Evangelical
Sign up for our newsletter
POPULAR AT PATHEOS Evangelical
1 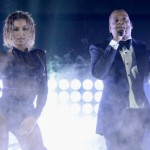 Evangelical
Is the Proper Christian Response to the Grammys...
Christ and Pop Culture
TRENDING AT PATHEOS Evangelical