Notes from the Margins: The New Radicals are Already Here

Notes from the Margins: The New Radicals are Already Here March 22, 2013 D.L. Mayfield

Being a radical Christian has its perks. The word (if not entirely the concept) sells books, DVDs, conference tickets, and lends a patina of spirituality to all those who claim it. Identifying with this word (or its cousins subversive and/or counter-cultural) has thrust more than a few teachers and authors into the limelight. As Matthew Lee Anderson chronicled in his recent Christianity Today cover story, David Platt, Francis Chan, and Shane Claiborne are but a few names selling vast numbers on the topic of rejecting the status quo. But for as many books as they sell, they seem to inspire a certain amount of backlash. I have heard often people talk about feeling guilty, overwhlemed, and paralyzed after reading Radical, Crazy Love or any Claiborne book.

Writers, thinkers, stay-at-home-parenters—everyone seems to be weighing on how you don’t really need to move into an inner-city neighborhood and sell your car in order to be radical for Jesus. That can’t be right, since so many of us aren’t doing it. No, I hear people saying, this isn’t the way of Jesus. There is a holiness in the mundane, in the stuff of every day life, of getting up and going to work and providing for your family, protecting their well-being.

I hear elements of this backlash in Anderson’s piece, which rightly critiques methods of platform and language while somewhat missing the spirit of the practitioners (Anderson did respond to some of the criticisms recently here). The mystique of Christians on the edges of society causes some to worship them and others to fear what one of my friends calls the “spiritual gift of guilt” many of these New Radicals are alleged to posses.

Both of these reactions are contrary to what most of these thinkers and practitioners would advocate for. Instead, what I hear when I read the works of Platt, Chan, Claiborne et. al (and lets not forget the women–like Margot Starbuck and our own Helen Lee) is a tale as old as our religion. For centuries we have always had teachers, thinkers and prophets asking Christians to flee the sinking ship of society, to come back to a place of simplicity and service to Christ (which in fact makes the New Radicals sound like the Desert Fathers and Mothers of our modern age). It’s a call to reject the societal norms that keep us from following Jesus with everything that is within us.

People within the New Radical movement (who would most likely hate to be identified as being “new”, “radical”, and possibly even a “movement”) are a much wider and more diverse crowd than a Christianity Today profile would make us believe. Although a few of them are easily identifiable by their dreadlocks and burlap pants, most of the people being called to live on the margins of the American dream do so quietly, in love, and without any fanfare. Most of all, they are people who are deeply in love with Jesus and committed to obeying his still small voice, and who often find their life going in directions that is not affiliated with the status quo. There is no getting around this element of the New Radicals: they are right to critique American culture and the church’s compliciteness in valuing distinctly western ideologies. Life, liberty, and the pursuit of happiness were never the topic of conversation around Jesus–in fact, in his upside-down kingdom, it was quite the opposite.

It is also quite terrifying. We who read and are struck with fear and awe at the overwhelming possibilities of following Jesus should take heart. This is the proper response, the ones we see laid out in Scripture. Everything about the Kingdom of God is contrary to the way the devil would have the world work—Jesus works through the small and broken, the weak and the dumb, the mustard seeds. For readers to dismiss authors such as Platt and Chan based on their usage of words like “radical” and other intensifiers, or feelings of guilt and paralysis, is a shame. Whatever our reaction to stories of life changes (also called discipleship-based obedience) we should be grateful to experience a reaction at all.

The New Radicals are not out to inspire heroism or guilt; nor are they asking anyone to live exactly like them. In their works, their (extremely varied) lives, their church communities—many of our modern-day desert prophets have very few practical similarities. I would argue that their words and lives are not prescriptive—nor have any of them said as much.

So the choice is ours. Do we lean in to our feelings of guilt, and discover that it really might be our desire to read Scripture and believe in all the promises of Jesus? Do we dare listen to the still small voice inside of us that says yes, now is the time to take the next step. For that is what I propose the stories of the New Radicals are: stories of people, taking step after step in their road to being obedient to Jesus. There is no one model, no method for making us holy, likeable, or successful in any wordly measure. But we can be inspired to take our own steps forward, to never sink peacefully into the sinking ship that is the American Dream, into trading our obedience for a life built on comfort, safety, and temporal happiness.

The people listening to the modern-day desert mothers and fathers are all around us, responding to the truth that the American dream is not synonymous with the kingdom of God. Most of them aren’t writing books, or living grandiose lives. They are just simply taking the next step of obedience, day after day.

The New Radicals aren’t coming. They are already here. 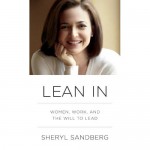 March 21, 2013
Lean In: A Christian Woman's Perspective on Sheryl Sandberg's Book
Next Post 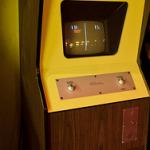 March 22, 2013 Frequently Searched Questions: How to Play a Christian Character in Skyrim
Recent Comments
19 Comments | Leave a Comment
"Radford made a connection between Ender and Hitler.Another possible connection: Could Card have been referring ..."
Raymond Z ‘Ender’s Game,’ Genocide, and Moral Culpability
"Faith is the confidence that what we hope for will actually happen; it gives us ..."
Smiley M.M. Music Matters: David Bowie, Still Not ..."
""that many of us do not accept that a few cells of human DNA constitute ..."
myintx How I Changed My Mind About ..."
"No thought given to the unborn child whose life was 'silenced and oppressed'... sad."
myintx How I Changed My Mind About ..."
Browse Our Archives
get the latest from
Evangelical
Sign up for our newsletter
POPULAR AT PATHEOS Evangelical
1