According to the Bible, King Solomon, the son of David, was one of, if not the, wisest men, apart from Jesus, who ever lived. (1 Kings 4:30) He’s got a few books of the Bible traditionally ascribed to him (Proverbs, Ecclesiastes, Song of Solomon), and even Jesus said he was a wise fellow. (Matthew 12:42) Which is why I found a couple of off-hand comments about him by evangelical writers Mary DeMuth and Matthew Paul Turner surprising and bit off-putting.

Calling out the tired trope of evangelical pastors referring to their “smoking hot wives” in a very helpful article over at the Her-meneutics page at Christianity Today, DeMuth took issue with pastors who look to the Song of Solomon as a handbook for relational and sexual advice, in the style of Mark Driscoll:

Besides, how can we uphold Solomon as a godly husband? He had thousands of “wives.” (See Ecc. 2: 8,10,11). He gave into every base desire, embracing fleeting passion to his detriment. To equate his encounters with the Shunnamite woman as prescriptive for married love seems shortsighted.

We find a similar comment made by Turner in an article criticizing some (admittedly problematic) remarks by Driscoll on the subject of “nagging wives”. In a discussion of marriage and submission, Driscoll compared having to listen to them to Chinese water torture, presumably on the basis of Proverbs 27:15 (“A continual dripping on a rainy day and a quarrelsome wife are alike”) and 19:13 (“a contentious wife is a constant dripping”). Turner writes:

(It should be noted that Proverbs was written by a very “certain man,” one with 700 hundred wives and 300 concubines…

That “certain man” being, once again, Solomon. For both then, the implied charge is that since Solomon was sort of a shady dude when it comes to women, having had thousands of wives and hundreds of concubines, we should look at anything he says about women sideways and maybe even ignore it.

Now, before anybody thinks I’m questioning DeMuth or Turner’s faith in Jesus, or their love for the Bible, or even much of the sound corrective they give, I’m not. DeMuth’s suggestions in the back half of her article were particularly helpful. Also, just to be clear, the title of this article is not “Why Mark Driscoll is Right and Everybody Should Go Podcast Him and Get a Tattoo with His Face on It.” I am not defending, nor will I take as serious any accusation that I am defending, everything or even anything that Driscoll has said about marriage and sex.

What I am a bit concerned about is the way Christians go about disagreeing with him on those subjects.  Whether, in order to disagree with Driscoll, they’re writing off Solomon himself.

Yeah, But Have You Heard About His Dad And Bathsheba?

I hope I’m not reading too much into them, but as they stand, these comments are not appeals to take into account historical cultural context, or the special nature of wisdom literature as partially descriptive and not necessarily prescriptive, or the complexities involved or sensitivity required when applying the text in the 21st century. Both comments appear to be unsubtle, and hopefully unintentional, ad hominems implying the source is suspect, even though the source is in the canon of scripture.

Aside from possibly being an instance of the genetic fallacy, the problem is that by that same logic we can disregard half of the Psalms, because some of them were written by Solomon’s shady dad, King David. And we all know about him and Bathsheba. I mean, of course he would sing about God’s forgiveness and washing him clean after that whole mess (Psalm 51). Look what he did. And then there’s those letters by Paul. I mean, can we really trust what he’s got to say about people preaching “other gospels” being anathema (Gal. 1:8), when he admittedly was a murderous zealot at one point? Talk about baggage and personality issues.

You see where this line of thinking goes. Pretty soon half the Bible is gone, and the other half is there only because we don’t know who wrote it.

Without outlining a full-blown theory of inspiration, it needs to be made clear that the books of the Bible are not Scripture because their authors were perfectly holy, moral exemplars, or whose every recorded action is to be taken as normative. The books they wrote are there because God has set these writings apart and sanctified them for holy use. You’re not supposed to like that Solomon had 700 wives and 300 concubines. Sure, it was a pragmatic move that secured him treaties with neighboring powers, but ultimately it led his heart astray, because he was trusting in human wisdom for security rather than God. Instead, you’re supposed to be amazed that empowered and inspired by God’s Spirit, even the words of a man who was led deeply astray in sin can still be used to shape and form God’s people for lives of wisdom and grace. That’s God’s grace at work in the forming of Scripture itself.

This doesn’t mean that God’s people don’t need wisdom and caution in handling the wisdom literature such as Song of Songs. Accounting for the character and genre of the text is important, given that God set apart and inspired human words and thought forms. Conservative OT scholar Barry Webb notes that as part of the scrolls, the Song has always been a problematic book for interpreters. (Five Festal Garments: Christian Reflections on The Song of Songs, Ruth, Lamentations, Ecclesiastes, and Esther, pg. 13)  The Song is beautiful poetry about the joy of love, the body, and physical romance, which saves us from a purely gnostic view of God’s gifts. Despite this, Webb cautions, “Its subject is love, but it is neither a philosophical treatise about love, nor a sex manual.” (ibid, pg. 18) DeMuth is right then to urge us to slow down before taking the Song and turning it into commands about our sex life, or even the sole source of our wisdom on that subject. But our caution ought to come not because Solomon was a pervert, though–which, incidentally, even conservative scholars question whether the author is even supposed to be thought of as Solomon–it’s because that’s the nature of the wisdom itself. Its teaching requires thoughtful, nuanced appropriation, set within the canonical context of the redemptive-historical drama as a whole. It is there that you find the “need for forgiveness, acceptance, forbearance, love, kindness, and selflessness” in marriage that DeMuth is looking for; it’s just not in every verse.

Or take Driscoll’s Chinese water torture. Tremper Longman III in his Baker commentary on Proverbs says that those verses do indeed compare a nagging wife’s criticism to “the torture of dripping water. It is not overwhelming, but it wears one down.” Yet he moves on to say that women can “substitute ‘husband’ for ‘wife‘” (pg. 368), in order to take into account the original patriarchal shape of the advice of a father speaking to a son. Anybody watching a hyper-critical husband destroy his wife’s soul can attest that this isn’t simply a liberal application of the text, but a wise appropriation of a basic psychological observation. It’s not that we’re dealing with a text to safely discard, because a man with hundreds of wives is to be expected to be a jaded and untrustworthy. What we’re dealing with is an ancient text that needs to be carefully applied to our present context in a way that doesn’t play into unhelpful gender stereotypes.

In other words, OT biblical wisdom on gender and sexuality isn’t always obvious. It needs to be wrestled with, chewed on, digested, and applied wisely–kind of like the rest of the Bible. We need to be careful to cultivate ways of speaking of Scripture that acknowledges the complexities and yet still leads us into a humble trust in God’s ability to set apart these specific texts to inform us of his redemptive will in both Law and Gospel, transform us by the renewal of our minds by the Spirit of truth at work through them, and ultimately, conform us to the image of His Son displayed in them. 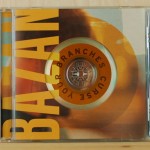 April 29, 2013 Listening to Doubt: What Music Can Teach Us about Apostasy
Recent Comments
0 | Leave a Comment
"Radford made a connection between Ender and Hitler.Another possible connection: Could Card have been referring ..."
Raymond Z ‘Ender’s Game,’ Genocide, and Moral Culpability
"Faith is the confidence that what we hope for will actually happen; it gives us ..."
Smiley M.M. Music Matters: David Bowie, Still Not ..."
""that many of us do not accept that a few cells of human DNA constitute ..."
myintx How I Changed My Mind About ..."
"No thought given to the unborn child whose life was 'silenced and oppressed'... sad."
myintx How I Changed My Mind About ..."
Browse Our Archives
Related posts from Christ and Pop Culture