Listening to Doubt: What Music Can Teach Us about Apostasy

Listening to Doubt: What Music Can Teach Us about Apostasy April 29, 2013 Nick Rynerson

Doubt is the shadow to the light of faith and repentance. Doubt in the Christian life has been around since Eve wondered whether God really didn’t want her to eat the fruit; it showed up when Abraham didn’t believe that God would give him a son and again when Thomas just couldn’t believe that Jesus had risen from the dead. And although orthodoxy reminds us that God defeats doubt and will eventually remove all remnants of it, there are cases where it looks like doubt wins the day.

Watching a friend, family member, or random acquaintance leave the faith after wrestling with doubt can be tortuously painful. The confusion, the theological implications, and the assumptions are present in force during these times. Why people commit apostasy is a question with many answers. Sometimes it could be uncontested desire like fellow CAPC writer Derek wrote about, sometimes doubt just wins the day, and sometimes it seems like there’s just no clear-cut reason. As a traditionally reformedish guy, I have my own thoughts on the spiritual progression from practicing Christian to non-believer. But apostasy spans the breadth of theological traditions . . . and that isn’t what this article is about.

The question is, what does grace and understanding look like in a relationship with an apostate Christian? That can be a tough spot to be in. How do we love them? Is it reminding them of their certain damnation? Arguing? Being unquestioningly supportive? It takes communication, empathy, and compassion. But how do we even know where the conversation begins?

Music is one place to start. Some artists who have given up on Christianity have something to teach us about apostasy.

Take David Bazan, the well-known indie rocker who left orthodox faith for agnosticism. From his Christian indie band (Pedro the Lion) to his first post-Christian album—which has been a called a break-up letter to Jesus—Bazan fights his way through tough doubts and feelings. He wrestled with doubt and doubt won. He says things that Christians don’t want to hear. On the title track on his first ex-Christian album, Curse Your Branches, he lays his emotional cards on the table,

You expect me to believe

That all this misbehaving

Grew from one enchanted tree?

And helpless to fight it

We should all be satisfied

With this magical explanation

For why the living die

And why it’s hard to be

Hard to be, hard to be

A decent human being?

By opening up about his faithlessness, Bazan’s post-Pedro music brings vulnerability and weight to his “conversion.” He expresses feelings that many ex-Christians I have interacted with also feel. Bitterness, freedom, and melancholy all blend together to create a tangible weight, comparable to heartbreak. The god of Bazan’s Christian affections could be harsh, confusing, and distant. It’s understandable that he ended the relationship.

Listening to Bazan usually just makes me sad. Not just because I mourn the apostasy of Dave Bazan but also because I can empathize with the doubt, the frustration, and the Evangelical cultural straightjacket he felt strapped in. Some days I’ve felt a step away from Bazan. And if we are honest, most of us have too. It is hard believing in and worshiping an invisible God. The doubter doesn’t want that glossed over with a few churchy phrases. I don’t know Bazan personally, but just from Curse Your Branches I sense that the invisibility of God was difficult for him. Reality, or material reality, often looks immediately more convincing. Art can be a vulnerable, open-heart expression and when we interact with that, we can learn to understand the people who feel these feelings. And maybe a gracious understanding is just what someone who is hurting and struggling with faith needs.

The medium of music, like literature and every other form of art, can communicate complicated and painful ideas in a special way. Direct enough that the meaning is felt, but indirect enough that we can grasp the ideas without being overwhelmed in the reality of it. If we hope to love those who have turned away, or even those who simply wrestle with belief, the emotional medium of music offers a great place to understand the doubt.

Music and art can be a training ground teaching us how to give that grace and empathy, which doesn’t come natural to anyone except for Jesus. When we understand more fully we are able to love more fully. Instead of arguing right theology, oftentimes what is needed is unmerited, no-strings-attached grace. When love is presented to those who don’t believe in God it forces them to wrestle with something stronger than doubt: Divine Love. 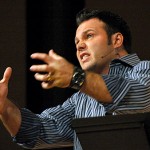 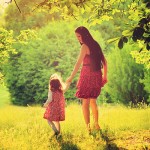 April 30, 2013 The Kiddy Pool: A Walk in the Woods, with Children
Recent Comments
0 | Leave a Comment
"Radford made a connection between Ender and Hitler.Another possible connection: Could Card have been referring ..."
Raymond Z ‘Ender’s Game,’ Genocide, and Moral Culpability
"Faith is the confidence that what we hope for will actually happen; it gives us ..."
Smiley M.M. Music Matters: David Bowie, Still Not ..."
""that many of us do not accept that a few cells of human DNA constitute ..."
myintx How I Changed My Mind About ..."
"No thought given to the unborn child whose life was 'silenced and oppressed'... sad."
myintx How I Changed My Mind About ..."
Browse Our Archives
get the latest from
Evangelical
Sign up for our newsletter
POPULAR AT PATHEOS Evangelical
1