In Citizenship Confusion, Alan Noble discusses how we confuse our heavenly citizenship with citizenship to the state, culture, and the world.

Although I often disagree with some of their political stances, I appreciate and respect WORLD Magazine and its Editor and Chief, Marvin Olasky. WORLD has long been doing the good work of thoughtful, biblical, culture-building journalism and commentary. So, it was deeply disappointing to see Olasky promoting and recommending the works of a radical anti-Muslim advocate in the June 1st edition of the magazine.

WORLD has put together a series of posts exposing and critiquing a recent National Endowment for the Humanities program which seeks to promote a more “diverse” understanding of Islam and Muslim cultures by giving over 900 US libraries 25 books on the topic. As Olasky and other WORLD writers articulate it, the scandal here is that these books are extremely one-sided in their depiction of the history of Islam and Muslim cultures–they almost exclusively praise the religion–and the program will cost the NEH nearly one million dollars.

There certainly could be some validity to the concern that these 25 books “whitewash” Islam, but it’s helpful to understand the NEH’s motives here. First, as WORLD‘s quotes the NEH, it seems that part of the goal was to balance the popular cultural views of Islam and Muslims: “There are many negative views in the United States around Muslims and Islam, and I don’t know that those negative views are necessarily based on a lot of information. … What these books offer is some additional sources of information.”

But I suspect that NEH wants to do more than merely provide a counter to the predominantly negative views about Islam in our society. This project is a work of multiculturalism, where we all celebrate what is great about each other’s culture without offering significant criticism. As much as that smacks of “relativism,” there is some value to this kind of work. If we want a pluralist society, one where Atheists and Muslims and Christians and Bronies and Jews can live peacefully together, then it’s important that those faiths are not dominated by radicalism. The National Endowment for Humanities has a vested interest in promoting a vision of Islam that can flourish peacefully in our democracy. So, of course the 25 works they chose were almost uniformly positive. They want to reduce unnecessary cultural conflict created by cultural ignorance, but I think they probably also want to promote a style of Islam which is conducive to a pluralist society.

Olasky is right that we can still criticize this program. Should the State be spending hundreds of thousands of dollars in this economy on books which promote a benign and democracy-friendly Islam? Shouldn’t they have presented a more comprehensive account of Islam and Muslims?

To make his case, Olasky talks to five “critics of Islam” about the 25 books and the narrative they establish about Islam. Most of these critics are either highly controversial figures or of questionable reliability. Of the five critics, only two were trained in Islamic studies. Daniel Pipes is a highly educated scholar on the Middle East, but his close work with radical anti-Muslim/Islam advocates and some of his controversial statements warrant at least a disclaimer in the WORLD article. Adam Francisco studied Christian and Islamic relations at Oxford and appears to be the most respectable and least controversial of the group. Andrew Bostom is an Associate Professor of Medicine at Brown and has written a number of books criticizing Islam for the secular humanist publisher Prometheus Books. Alvin Schmidt, whose The Great Divide: The Failure of Islam and the Triumph of the West which Olasky recommends here, was endorsed by four people on the book’s website: Ergun Caner, Anis Shorrosh, Robert Spencer, and Marvin Olasky. Not one of these men is a scholar of Islamic studies, and all of them, except Olasky, has a very poor reputation.

Pipes, Bostom, and Schmidt are not quality experts on Islam, at least not ones that should be quoted extensively by WORLD without some kind of context for the reader to understand their credentials and controversies. But as disappointing as these selections were, I was unsettled and disturbed to see Olasky quote Robert Spencer and recommend his work on Islam.

Here’s what you need to know about Spencer: he’s not just a “critic” of Islam, he’s a radical anti-Muslim extremist at the center of a cottage industry of Islam alarmists/conspiracy theorists bloggers. His blog, Jihadwatch.com is a picture of the stacked evidence fallacy. He cites example after example of alleged stories of violence, hate, and crime committed by Muslims globally, implying or stating outright that in each incident Islam is real culprit. While many of these examples are real and horrible (radical Islam is, after all, a serious and real threat to human rights and lives), it is not uncommon for some of these stories to be unverified, or unverifiable, or to be misrepresented, or to involve unsubstantiated conclusions about the role of Islam.

When he’s not stacking the evidence or jumping to conclusions, Spencer spreads lies about Muslims, knowingly or in ignorance. Take for example his claim that “all rapes in Norway in the last five years have been committed by . . . Muslims,” a claim that was later expanded upon by another writer on his blog. These claims about a Muslim rape-spree in Oslo are based on a misleading Norwegian TV news report. The actual police study which is cited in the TV report explicitly denies this narrative: “Crude generalizations that have given the impression that rapists are only foreigners – and primarily Muslims – are shown to be inadequate and erroneous.” When I first saw Spencer promoting this story, I tracked down the original Norwegian police report and translated it to determine the context. Since then, Electronic Intiftada has written an extensive and careful explanation of this lie. If you are concerned about the reliability of a site called “Electronic Intifada” (as you should be), check the facts yourself–I did; their article has all the source documents. Spencer either willfully deceived his readers into thinking that there was a Muslim rape epidemic in Oslo or he and his co-blogger didn’t bother to do the necessary work to check their facts before posting their blogs.

This incident is an example of the kind of “expert” that Spencer is. He latches on to any story which could remotely be interpreted as critical of Muslims and Islam and promotes it, regardless of evidence. And what is the effect of his wanton disregard for the truth? He actively promotes a narrative about Muslims that is hateful and dangerous. More specifically, Spencer portrays Islam as a global, tyrannical, savage political movement bent on subjugating or killing all non-Muslims, a movement which has infiltrated the White House and our government and is an existential threat to our nation.

Given the narrative about Muslims that Spencer promotes, it shouldn’t be surprising that convicted mass murderer Anders Breivik praised and quoted Spencer extensively in his manifesto. Breivik imagined himself to be a modern Knights Templar and killed 69 Norwegians in what he saw as a war against the Muslim hordes which had invaded Europe. Breivik wrote in his online manifesto, “About Islam I recommend essentially everything written by Robert Spencer.” He also suggested that Spencer should win the Nobel Peace Prize.

Don’t miss the significance of that statement. Anders Breivik essentially came to believe that the West was in a fight for its life against Muslim invaders. He believed that Islam is fundamentally and necessarily incompatible with democracies and the West and that the only option was to either push out the Islamic hordes from Europe or face cultural annihilation. So he slaughtered defenseless kids to help start a war against Islam. Anders Breivik believed that Islam and Muslims were so evil and utterly incompatible with the West that they had to be eliminated or deported. He obviously had a disgusting and distorted understanding of Islam. And he recommends Robert Spencer as an expert on Islam. Both Anders Breivik and Marvin Olasky recommend Robert Spencer as an expert on Islam. That should be cause for pause.

Calling for an End to Muslim Immigration

As if this weren’t bad enough, Spencer is the Executive Director of the American Freedom Defense Initiative, an anti-Muslim group that released the following statement after the Boston terrorist attack, as summarized by the Anti-Defamation League:

AFDI unveiled an eighteen point “Platform for Defending Freedom,” an initiative replete with action points vilifying Muslims and Islam. While the threat of Islamic extremism is a legitimate concern, such a simplistic initiative fails to distinguish between the general Muslim population and extremists motivated by radical interpretations of Islam. For example, the platform calls for the U.S. to recognize Islam as “a political movement… that should be regarded as an authoritarian and supremacist political system as well as a region,” and also calls for the “profiling of Muslims at airports” and an “immediate halt of immigration by Muslims into nations that do not currently have a Muslim majority population.”

The statement also calls for monitoring and inspections of mosques, prevention of US citizenship to anyone who supports Shariah Law, a “careful investigation of Muslims resident in non-Muslim countries who have obtained naturalized citizenship or permanent residency status, to ensure that that status was not obtained under false pretenses,” and other outrageous and discriminatory measures.

We could multiply examples of why Robert Spencer is not a credible or respectable source, but that should suffice. By presenting Spencer as an uncontroversial expert on Islam, as a voices which he and WORLD trust and recommend, Marvin Olasky is promoting a very dangerous and deceptive anti-Muslim movement (a movement I have written about before). There are plenty of qualified, measured, and loving critics of Islam who could have served as experts for this feature, but Spencer was not one of them.

I love and respect WORLD Magazine and particularly Marvin Olasky. And it is because of that respect that I am disappointed at the shameful and irresponsible way they have promoted Spencer’s work. Spencer has made a career out of peddling some of the worst, most deceptive, harmful narratives about Islam. I hope and pray that Olasky and WORLD would retract its endorsement of Spencer and provide sufficient background information about these other critics so that their readers can be wise and discerning.

May 23, 2013
God and Country Music: Nostalgia, Alienation, and Home
Next Post 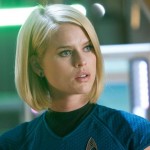 May 23, 2013 Star Trek Into Misogynistic Darkness?
Recent Comments
0 | Leave a Comment
"Radford made a connection between Ender and Hitler.Another possible connection: Could Card have been referring ..."
Raymond Z ‘Ender’s Game,’ Genocide, and Moral Culpability
"Faith is the confidence that what we hope for will actually happen; it gives us ..."
Smiley M.M. Music Matters: David Bowie, Still Not ..."
""that many of us do not accept that a few cells of human DNA constitute ..."
myintx How I Changed My Mind About ..."
"No thought given to the unborn child whose life was 'silenced and oppressed'... sad."
myintx How I Changed My Mind About ..."
Browse Our Archives
Related posts from Christ and Pop Culture