I tend to be somewhat nostalgic. When I daydream of running away from my everyday life (come on, you know you do too) I usually picture myself settling in some imaginary picturesque southern town circa 1928. I imagine a place without iPhones or Netflix, what would seem to be a comfortably conservative culture, and lots of old-timey string bands. Now, this small pre-Depression southern town isn’t a real small pre-Depression southern town. In my mind there aren’t racists and somehow there is a polio vaccine (Jonas Salk was fourteen in 1928, but try telling that to my imagination…).

This is one reason why I love Country music: it radiates with my kind of nostalgia. Both popular country and folk can make me feel a little more at home, despite my surroundings.

The idea of home seems to be so important because of the innate human desire to have a place of unconditional safety, acceptance, and love. But humans never seem to be quite at home. In a sermon on the notion of “Home,” Tim Keller noted that you couldn’t understand the human condition without understanding the feeling of alienation, or homelessness, that is natural to mankind. Keller says that we live with a “sense that we are living in a place that is not really home, in a world that does not support and sustain the deepest needs of our heart.” To find home, we have to go somewhere else.

People go everywhere and anywhere to sooth feelings of alienation. From sex to religion to dieting, we are always trying to find something that will make us feel at home. But the reality is that we aren’t home. Peter reminds Christians that they are “sojourners and exiles” (1Peter 2) and Jesus himself told his followers that his kingdom was not of this world (John 18:36). But that doesn’t really make life much easier. Even (maybe especially) Christians have to look somewhere to feel at home.

I’m drawn to the stories that Country songs tell. They take me somewhere else, somewhere less broken and more beautiful. From small town life in Dierks Bentley’s “Every Mile a Memory” to The Carter Family’s “Keep On The Sunny Side” that makes me wish I was born 75 years before I was to “East Virginia” by Buzell Kazee that makes me long for rural Appalachia. The list goes on.

Country music takes me back to a time when things were supposedly better. When I watch O Brother Where Art Thou, I really want to believe that earth 20th century Mississippi was just a silly place where all of the racists where just klutzy bad guys and everybody could play clawhammer banjo. When in reality, the old South was a pretty awful place. If it wasn’t so awful, the great “hard times” music wouldn’t have come out of it. In fact, the real South was a place of illiteracy, racial oppression, theologically preposterous religion, and desperate poverty. But country music makes the place where the music was created look like a suitable home, when it clearly is not, and yet, the stories still have power. They inspire deep longing and I don’t think that is a psychological accident.

Nostalgia isn’t necessarily a bad thing.  Nostalgia points to a time when everything was perfect, Eden. It just doesn’t point far enough back. But one day Eden will be restored. The longings for home are spiritual reflexes. If we know where home will be one day, the nostalgic emotions found in country music can be enjoyed. One day our nostalgia will be unnecessary and our alienation will be replaced with unimaginable comfort and security. A good country song may not offer an adequate home, but it can point to the God who gave us a longing for such things. When I listen to country music, the longings of my soul that are stirred remind me that there is good amidst the brokenness and that one day, it will be all good.

May 22, 2013
ELSEWHERE: What Are The Clergy's Views On Faith And Science?
Next Post 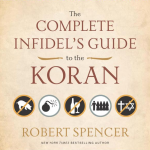 May 23, 2013 Citizenship Confusion: When WORLD Mag Promotes a Radical Anti-Muslim Advocate
Recent Comments
0 | Leave a Comment
Browse Our Archives
get the latest from
Evangelical
Sign up for our newsletter
POPULAR AT PATHEOS Evangelical
1