How to Write a Hugely-Popular Piece for Huffington Post Religion

For theological and religious types, Huffington Post Religion (HuffPo) happens to be one of the more predominant avenues toward becoming involved in the online religious discussion. They typically feature big-name scholars and established bloggers, many of whom can be thought-provoking and helpful. But no one cares about that. The real traffic goes to another type of religion piece.

As I’ve read and followed their posts over the past few years, I’ve noticed a few tried and true themes and threads for writers interested in dominating the Christianity conversation traffic-wise. So for those seeking fortune and fame (okay, just fame), I thought I’d offer a few tips: 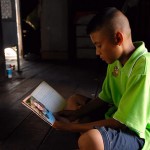