Where did you expect to see former senator Rick Santorum a year after his presidential campaign? How about as the head of a new faith-based film studio?

Yes, and one focused on making its own story with a stunning plot twist: They’ll offer actual quality movies, but faith-based.

Reading this brings me the same response as hearing, say, that “The Church is in Trouble,” or that “More Christian Men Must Man Up”: You don’t say?

Surely most Christians agree we must reject those “lock out pop culture” notions. But we seem confused about what’s next and especially why.

Instead, Santorum says, Christian conservatives should acknowledge that modern popular culture is here to stay, and use that platform to produce Christian-themed films that will also have quality and popular appeal. It’s a strategy he says he intends to pursue in his new role as CEO of a ground-breaking faith-based film studio.

[…] “Quality. Quality acting, quality directing, quality scriptwriting. That is going to be a watchword for me,” Santorum said at a news conference talking about the studio’s pending projects.

This makes one wonder:

Santorum said one problem with Christian-themed films was that they’ve traditionally been aimed at just Christian audiences, rather than attempting to appeal to audiences that don’t necessarily share the movie’s messaging going in.

Perhaps my own Christian-movie cultural exposure is limited, having only seen Fireproof (2008) and Courageous (2011) in theaters, both from Sherwood Pictures. But based on those, Christian movies are meant “for Christians” mainly in these ways:

Then there is this quote:

He said the goal was to produce movies “that rival any good Hollywood film.”

Judging from the studio’s current repertoire, Santorum must mean “any good Hollywood film limited to inspirational/contemporary/Western genres.” But what may EchoLight offer that isn’t already common to CBD catalogs and The Hallmark Channel?

And if its goal is described as aiming at non-Christian viewers, I suspect they will find only two plotlines: 1) replace natural Gospel light-echoes with moralism, 2) be even more overt with John 3:16 altar calls.

Appeals for quality will stay limited if Christians neglect the purpose of stories: not only to entertain, edify, or evangelize, but to explore all God’s beauties and truths. 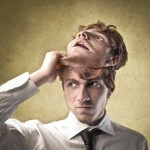 July 15, 2013 Herman Bavinck and Our Selfish Obsession with Authenticity
Recent Comments
0 | Leave a Comment
"Radford made a connection between Ender and Hitler.Another possible connection: Could Card have been referring ..."
Raymond Z ‘Ender’s Game,’ Genocide, and Moral Culpability
"Faith is the confidence that what we hope for will actually happen; it gives us ..."
Smiley M.M. Music Matters: David Bowie, Still Not ..."
""that many of us do not accept that a few cells of human DNA constitute ..."
myintx How I Changed My Mind About ..."
"No thought given to the unborn child whose life was 'silenced and oppressed'... sad."
myintx How I Changed My Mind About ..."
Browse Our Archives
Related posts from Christ and Pop Culture