Going Beyond ‘Yay! It’s a Christ-Figure’

Recently I’ve adopted a new parody catchphrase that goes something like this: “Yay! It’s a Christian story.” This phrase seems useful for affectionately sarcastic observations such as:

People suspect that is exactly how a story becomes Christian: pray to God, quote a Biblical phrase, or even have a “Biblical number” of something. For those who believe this is my Father’s world, with our Father’s work in nature, Scripture, and math, this is a partial truth. Yet it can be hijacked into forced attempts to find subtle Biblical references in stories.

Now many are doing much the same in macro, most recently with the Superman film Man of Steel. I’d predicted some “Yay! It’s a Christ-figure” responses to this — an easy prophecy. But I didn’t expect the frequent media discussion and debate over the film’s overt Christlike callbacks, and intentional distribution of talking points to “Supe” up church sermons.

Here I assume that yes, the filmmakers intended Superman as a “Christ-figure,” because:

Thus Christians’ question should not be, “Does this story include Christ callbacks?” but, “How do we view these callbacks and what do we do?”

First I suggest two things we should not do:

Instead I suggest four responses Christians should consider:

1. Be naturally cool about Christian themes in culture.

Here our model may be the apostle Paul in the famous Areopagus discourse of Acts 17. Seeking a conversation-starter sermon with pagan Greeks, Paul chose to start with two Athens pop-culture elements: the altar to an unknown god (their open question) and statements by Greek poets (their imagined truth-claim about the gods).

We don’t read of Paul cheering the unknown god altar-builders or the pagan poets for their wisdom. Never in his epistles does he say, “Isn’t it amazing that the Greeks already have Gospel reflections in their culture? When you’re sharing Christ, always start there!”

Instead, Paul seems to take the whole thing in stride, as if beforehand he thought, “Well, of course their culture will have echoes of God’s truth and beauty. I’ll refer to the touchpoints, which is easy. Then I will move on to begin subverting them — not to the point of giving an immediate altar call and John 3:16, but to the point of getting them to enjoy asking further.”

2. Realize that Christ-echoes in culture are actually common.

Or: When everyone is a groundbreaking new amazing evangelical Christ-figure, no one is.

Christians get too thrilled about messianic heroes in popular stories.

My point is not to deny these heroes exist or that they in various shades reflect Christ. My point is that these heroes are not so rare that we must bounce off walls each time we find one.

By presuming this phenomenon is rare, Christians look silly, and may even start to burn out or become wrongly skeptical about the whole “finding God in popular culture” practice.

3. Reject attempts to over-industrialize the “use” of Christ-figure stories.

Here I’ve used the trendy words “organic” and “natural” with purpose — to discourage the Evangelical-Industrial Complex from working apart from or with storytellers to promote the latest greatest Christ-figure story. No, projects such as the Man of Steel sermon notes are not sinful — but they should shame us a bit. Why should we need a machine to get Christians to engage good stories, which we should enjoy naturally, not only to use?

Let’s not fully accept or reject stories’ Christ-reflecting heroes. Each one is subject to many views and interpretations — especially if the Christ-figure is shown as a flawed hero.

For example, many say about Man of Steel, “Superman is like Jesus!”. No, rejoined Joe Carter at The Gospel Coalition blog, who insisted Superman should be more like somebody’s dad. Both views seem subjective, and miss a further degree of separation between a story’s Christlike hero and Christ Himself.

Here we apply truth of humanity’s cultural mandate, in which man as subcreator imitates God as Creator. By making up flawed yet good heroes for our stories, we’re not inventing Christ-figures, but Christ-figure figures — we’re showing reflections of ourselves reflecting Christ. Thus: Christ the Hero > humans as heroes > human-made heroic characters.

E. Stephen Burnett is a journalist, aspiring novelist, and editor and webslinger at Speculative Faith. His mission: to explore and enjoy epic stories that reflect the truths and beauties of the first and greatest Epic Story, God’s Word. He also enjoys nonfiction, soundtrack music, and spending life with his wife in their central-Kentucky headquarters. His nonfiction works have appeared in numerous local media as well as the Reuters wire service. 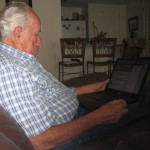 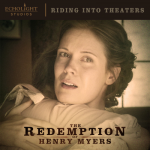