[G]o to Him when your need is desperate, when all other help is vain, and what do you find? A door slammed in your face, and a sound of bolting and double bolting on the inside. After that, silence. You may as well turn away. The longer you wait, the more emphatic the silence will become. There are no lights in the windows. It might be an empty house. Was it ever inhabited?

This famous excerpt appears on just the third page of text in my version of A Grief Observed, a compilation of the notebooks Lewis kept in the weeks following his wife’s death.

The Lewis we know from his other nonfiction—charming, pastoral, tweedy, good-humored—here cracks into pieces. The Lewis who writes in his place is an iconoclast in the manner of the God who denies him comfort in his anguish. Disheveled and dry-mouthed, this Lewis sets aside propositions in order to attempt a partial, ragged record of the dark night that has overtaken him.

It’s hard to say anything about this book that doesn’t feel false. My first impulse is to quote it at length and let the quotations stand for themselves. Lewis’s short paragraphs are like fistfuls of glass shards. They are sharp and pure, and true in the confrontational way that scalding broth or a slipped knife are true.

This is the register for the front ream of pages, at least. By the last sections the tone has softened, become more reflective. But the first notebook, where Lewis’s pseudonym courts ruin for his reputation with statements that border on despair and even blasphemy—that portion is a toehold for those in similar states of emotional and spiritual disarray. Consolations would be a betrayal.

My first encounter with the book was dictated by a few bleak contingencies. I found myself in my father’s church office, dazed after hearing the news that a friend and mentor from school had died on some absurd and far-off German train tracks. My friend was beloved, by me far less than by many of his closer friends, but I loved him, and he was dead. I needed something to fix me in one place and scanned my father’s shelf for a distraction. A Grief Observed sat between a couple of thicker books. The oxblood dust jacket was worn to fibers at the corners. I took it and sat in a chair facing his desk, where I remained without moving for over an hour.

These sentences, from the first line, were true—they were truth itself in a newly false world. Around them, my own grief began to crystallize. By the time I closed the cover, the pick had done its work upon the ice over my soul, and I had what John Jeremiah Sullivan might call “a colossal f***ing go-to-pieces.”

Our minds are small and easily overwhelmed. Sometimes all we know of God is his absence, and other times he appears as a scourge. It’s like the problem of the blind men and the elephant, except that the elephant has been replaced by a dragon whose mouth is wider than the outstretched arms of the most terrified blind man.

Lewis has the courage to face the God who takes away, yet somehow also has the strength to resist the conclusion that this God exists only to take away. He records many of the alterations in himself that loss has wrought and doesn’t shy away from those that expose him as selfish or hateful or dissembling. His theology collapses but is raised again to show the signs of its wounds.

These and other aspects turn a unique power out of A Grief Observed. In my opinion, it’s one of Lewis’s finest books. 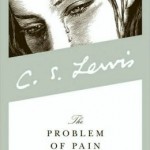 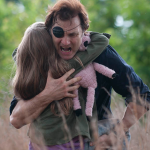 November 19, 2013 Walking with the Dead: The Governor Returns, but will He be Redeemed?
Recent Comments
0 | Leave a Comment
"Radford made a connection between Ender and Hitler.Another possible connection: Could Card have been referring ..."
Raymond Z ‘Ender’s Game,’ Genocide, and Moral Culpability
"Faith is the confidence that what we hope for will actually happen; it gives us ..."
Smiley M.M. Music Matters: David Bowie, Still Not ..."
""that many of us do not accept that a few cells of human DNA constitute ..."
myintx How I Changed My Mind About ..."
"No thought given to the unborn child whose life was 'silenced and oppressed'... sad."
myintx How I Changed My Mind About ..."
Browse Our Archives
Related posts from Christ and Pop Culture