“God whispers to us in our pleasures, speaks in our conscience, but shouts in our pains: it is His megaphone to rouse a deaf world.” -C.S. Lewis, The Problem of Pain

I was a senior in college when I first picked up The Problem of Pain. I was already a Lewis fan, but now that I was knee-deep in an advanced-level philosophy course on the Problem of Evil, it seemed like time to dust off my sister’s old copy and take a crack at what old Clive had to say. It’s hard to overstate the impact that little book had on my thought from then on out. Instead of giving a book-report, I’ll simply point out a few points of personal relevance for me.

The first thing that struck me was how readable it was. Yes, apart from Miracles, it may be his most philosophical piece of work. He does happen to use some very large words from time to time, and being an Oxford Don, he’s not afraid to use a literary reference or two the modern reader might not pick up on. Yet for all that, it is marked by Lewis’s trademark clarity of speech, and more importantly, clarity of thought.

Lewis once told a friend that “The vernacular is the real test. If you can’t turn your faith into it, then either you don’t understand it or you don’t believe it.” As a future teacher and preacher, it struck me that, while he anticipated many of the major arguments of 20th Century analytic philosophy of religion I was reading, he did it in jargon-free, elegant prose that an untrained laymen could read, digest, and be comforted by.

Which leads me to my second point—deep thought, when done well, can be deeply practical and comforting. As Lewis walks the reader through argument after thought experiment after clarifying question, there’s a pastoral heart at work in all this deep thought he’s demanding. No, we cannot reason ourselves out of our pain—suffering isn’t a syllogism to be worked out with pen and paper in the hospital room. And yet, Lewis knows the comfort of knowing the truth, especially when it comes to the truth of a fundamentally trustworthy and loving God in the midst the pain.

Of course, the most important thing about the work is that he’s trying to show the philosophical coherence of explicitly biblical thought. Yes there’s a bit of speculation, and no I wouldn’t agree with all of it now, but the reason the work has staying power is because, at core, it’s an attempt to set forth the Bible’s own “answers” to the problem of pain and suffering. This is what philosophy—essentially just thinking really hard—in service of the Gospel looks like: untangling the mess of half-truths, lies, and confusions of thought that get in the way of trusting in the goodness of God declared to us in Jesus Christ. 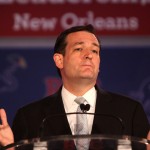 November 19, 2013
How to Revitalize Young Conservatives: Don't Pal Around with Fools
Next Post 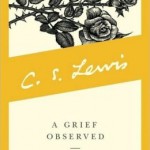 November 19, 2013 Celebrating C.S. Lewis: 'A Grief Observed'
Recent Comments
0 | Leave a Comment
"Radford made a connection between Ender and Hitler.Another possible connection: Could Card have been referring ..."
Raymond Z ‘Ender’s Game,’ Genocide, and Moral Culpability
"Faith is the confidence that what we hope for will actually happen; it gives us ..."
Smiley M.M. Music Matters: David Bowie, Still Not ..."
""that many of us do not accept that a few cells of human DNA constitute ..."
myintx How I Changed My Mind About ..."
"No thought given to the unborn child whose life was 'silenced and oppressed'... sad."
myintx How I Changed My Mind About ..."
Browse Our Archives
Related posts from Christ and Pop Culture