Are you ever surprised by Joy? It is quite likely that you are, if you ever experience it at all. Like its source, Joy isn’t the sort of thing that can be summoned or commanded. The glimpse of Something captures us for fleeting moments, its elusiveness maddening our mortal frames. What was that, just beyond, that we would pursue at whatever expense if only we knew how?

This is the sensation C. S. Lewis describes as Joy. The presence came upon him without warning or explanation, and departed just as it had come. His first experience one might write off as mere nostalgia: “As I stood beside a flowering currant bush on a summer day there suddenly arose in me without warning, and as if from a depth not of years but of centuries, the memory of that earlier morning at the Old House when my brother had brought his toy garden into the nursery.” The desire, the sudden desire, was not for that other day nor for an earlier time, not for his brother or for his mother. For what, then?

There is the essence of Joy. It is a longing for the ineffable, something so otherworldly that even our desire for it seems alien: “It is… an unsatisfied desire which is itself more desirable than any other satisfaction.” On that account,

it might almost equally be called a particular kind of unhappiness or grief. But then it is a kind we want. I doubt whether anyone who has tasted it would ever, if both were in his power, exchange it for all the pleasures in the world. But then Joy is never in our power and pleasure often is.

In the ordeal of Joy, there is a sense of antiquity and eternity and enormousness (“giving the full, ancient meaning” to that term), but also, most startlingly, of belonging. The thing longed for is alien, it draws us away from our world and toward it, but the terror of the moment is the inescapable feeling that you’ve been there before.

This is so difficult to describe. It is not nostalgia and it is not deja vu; it is not wanderlust or fancy or angst. It partakes of all of those things in turn, but it is none of them. And it is assuredly not an experience limited to regenerate souls: if it is the work of God the Spirit, it is an outward operation that beckons us forth. It is, I submit, the feeling that arch-atheist Carl Sagan describes when he says,

Our feeblest contemplations of the Cosmos stir us—there is a tingling in the spine, a catch in the voice, a faint sensation, as if a distant memory, of falling from a height. We know we are approaching the greatest of mysteries.

Indeed! Sagan inexplicably prefaces that quote with “The cosmos is all that was or ever will be.” Divine irony, this, for the faint sensation Sagan describes is an internal refutation of his blithe materialist fideism. Where did Sagan learn that it is untoward to imagine another world? That he needs to deny it at the outset probably tells us all we need to know.

Lewis himself was not a Christian when first Joy surprised him. The surprise, it turns out, is of two sorts. It is first essential to the experience. One cannot conjure it up and much of our lives can be wasted chasing cheap simulacra. But the surprise also comes when the desire breaks through after years of callous cynicism. Lewis, like so many of us, grew up and learned to put aside ridiculous notions of other-worlds. Lewis’s “Renaissance,” like “the vernal rapture which is supposed to have swept Europe in the fifteenth century,” saw him master many graspable things, but drove him far from truths his Ulster upbringing (like the so-called Dark Ages) had placed quite near. His quest for Joy was a curse so long as he sought it by diagramming the moments Joy had set upon him before.

More simply, Lewis was dissecting the sign to find the destination. In this world, Joy stalks about in these glimpses that barely last a heartbeat. But longing and the insatiableness would not rightly drive a man to forgo all worldly pleasures. That would make it little more than mere appetite, or at best perhaps a meta-appetite, a desire for a desire. Joy is the experience that something else evokes – but what else? The answer is suggested in a widely quoted passage in Lewis’s most popular nonfiction work, Mere Christianity. There, Lewis writes, “If I find in myself desires which nothing in this world can satisfy, the only logical explanation is that I was made for another world.” Only contact—be it ever so remote—with another world can ever produce joy. It was Someone from that world who visited Moses, “passed before him and proclaimed, ‘The LORD, the LORD, a God merciful and gracious, slow to anger, and abounding in steadfast love and faithfulness.’”

As I never tire of saying, the imagination is the most neglected faculty in American Christianity. When I read it in my mid-20s, Surprised by Joy supplied the defect of my Christian upbringing and didactic theology. Early in the memoir, Lewis says that if his stories of experiencing Joy as a child strike the reader as dull should put the book down. Then as now I actually pity the poor modern, Christian or otherwise, who would walk away at this caveat. It is only a beginning, but it is a beginning, of knowing the full gravity of a kingdom ruled from Heaven that promises a new and deathless world for the race of men. Joy—unbidden enchantment—is neither folly nor fancy, for it can only point to a wisdom beyond this world. 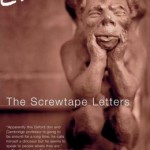 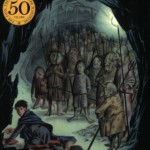 November 22, 2013 Celebrating C. S. Lewis: ‘The Silver Chair’
Recent Comments
0 | Leave a Comment
"Radford made a connection between Ender and Hitler.Another possible connection: Could Card have been referring ..."
Raymond Z ‘Ender’s Game,’ Genocide, and Moral Culpability
"Faith is the confidence that what we hope for will actually happen; it gives us ..."
Smiley M.M. Music Matters: David Bowie, Still Not ..."
""that many of us do not accept that a few cells of human DNA constitute ..."
myintx How I Changed My Mind About ..."
"No thought given to the unborn child whose life was 'silenced and oppressed'... sad."
myintx How I Changed My Mind About ..."
Browse Our Archives
Related posts from Christ and Pop Culture