I sat in a coffee shop with my friend Crystal, in the midst of our bustling university town, and our conversation inevitably turned to faith. We are different, Crystal and I, yet we found each other and formed a lasting friendship because in our hearts we seek the same thing—to please God. Somehow, against the backdrop of lattes and chattering students, our talk turned to Satan and hell.

“I’m not sure I really believe in the devil,” I said.

“Really?” she asked, skeptically raising an eyebrow. “Because I think he exists and he hates us and he wants us dead.”

That conversation changed my faith. I came back to the idea again and again until, some months later, I started reading C.S. Lewis’s The Screwtape Letters. The book, like my friend’s claim, opened my eyes to a spiritual plane that I had heretofore neglected—to my detriment. I started to realize the ways that my anxieties (and, as a graduate student, there were many) could be manipulated by the devil. Indeed, I came away understanding that nearly everything can be turned to the use of God or Satan depending on our hearts. That talk marked the beginning of my education in spiritual warfare; my battle rages on to this day, and Screwtape and Wormood play an integral role in my fight. I regularly listen to the book read—terrifyingly—by Joss Ackland and each line feels like a rebuke, a reminder, to battle against the one who hates me and wants me dead and gloried in my ignorance of his existence. Thanks to Crystal’s exhortation, Lewis’s imagination, and God’s abundant grace, I am alive today, fully armed and standing firm. 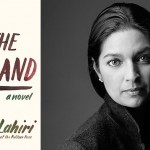 November 22, 2013
The Objectionable Fiction of 'Immigrant Fiction'
Next Post 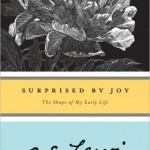