It would be easy to miss, but December 18 marks the 100th anniversary of the birth of Alfred Bester, one of the pioneers of modern science fiction. A Manhattan native, Bester began his career as a writer in earnest in the 1940s, publishing pulp science fiction, penning radio scripts, and doing work for DC Comics on Superman and Green Lantern titles. In the 1950s, however, he followed the trend of science fiction away from the short story magazine world to the realm of novels. It was in this decade that he wrote two of the genre’s most groundbreaking works, The Demolished Man (1953) and The Stars My Destination (1956). Around this time, he also collected his significant short fiction in two volumes, Starburst (1958) and The Dark Side of the Earth (1964). In the subsequent years, Bester spent much time as a writer and editor for the travel magazine Holiday. He eventually published more fiction, though little of it was as popular or critically well-regarded as his early novels. He passed away in 1987, three years after the death of Rolly, his wife of almost fifty years.

Outside the world of science fiction cognoscente, relatively few people would now be familiar with Bester’s work; those who are know just how significant it was. A quick scan of his Wikipedia page shows the many posthumous tributes to him, from Stephen King to The Simpsons, from Babylon 5 to Firefly.  The Science Fiction and Fantasy Writers of America named Bester a Grand Master in 1988. Stephen E. Andrews and Nick Rennison include Bester’s first two novels in 100 Must-Read Science Fiction Novels, as does David Pringle in Science Fiction: The 100 Best Novels, and in The Ultimate Guide to Science Fiction, Pringle gives both books his highest four-star rating. The Demolished Man won science fiction’s prestigious Hugo Award in the first year the award was presented.

Bester’s reputation today rests largely on his work in the 1950s. This is hardly surprising, since that decade marked a fundamental change in the development of American science fiction. Science fiction paperback novels gained a foothold in the market during these years, and their popularity exploded when the collapse of the American News Company all but annihilated the profitability of the pulp magazines. Though Bester’s books were serialized in magazines first, they were tapping into a new market, and the novel’s rise gave thoughtful writers like Bester an opportunity to explore plot and character with more depth and texture than the pulp model.

Few writers exemplified the genre’s literary transitions better than Bester. The Demolished Man and The Stars My Destination both retained the slam-bang pace of the old pulps, and abound in headlong verve and wild plot innovations. But Bester was no mere populist hack; he was thoughtful and well-read, weaving historical, philosophical, and literary allusions seamlessly into his frenetic plots. And while his books were chock-full of incident and creative situations, he was not a writer of “hard” science fiction, striving for accuracy and plausibility. Bester’s favorite science was psychology, and he used the medium of science fiction to investigate the human psyche’s profundities.

Bester was well aware of what humans were capable of: their intrinsic worth and potential as well as their corruption and depravity. It was his genius to synthesize these qualities in his custom-blend anti-heroes. Characters like Lincoln Powell and Ben Reich in The Demolished Man or Gulliver Foyle in The Stars My Destination are flawed human beings whose vices and virtues are almost inextricably tied. Reich’s violent transgressions and ferocious self-preservation also demonstrate his ingenuity and resourcefulness; Foyle’s monomaniacal quest for vengeance is the only thing able to push this ordinary grunt worker into grand heights of cunning initiative.

It is no coincidence that Bester’s preferred title for The Stars My Destination was Tiger! Tiger!, an evocation of William Blake, for whom the qualities of innocence and experience were equally necessary forces. If Bester at times attempts a dialectic between the two polarities that the Christian reader might find discomfiting, he at least gets the polarities right. He may focus on anti-heroes, but these protagonists’ sins are certainly never sugarcoated. Indeed, his tales possess a raw edginess that was uncommon in the science fiction of his day, which many critics have seen as a foreshadowing of the cyberpunk sub-genre. He is equally critical of unfettered scientific hubris, cold-blooded marketplace commercialism, and Machiavellian military brutality, while religion appears primarily as a distant echo. While he saw potential in the human spirit, it was not the buoyant optimism of his contemporaries like Isaac Asimov of Arthur C. Clarke.

Alfred Bester was a groundbreaking writer, a literary artist who could still be entertaining, a philosophically minded prose stylist in a genre many dismiss as ephemeral, a psychological realist in an era of sometimes naïve optimism. Perhaps the strength of his innovation contributed to his obscurity, but if it did, we should now be in a position to appreciate his work better. He demolished the conventions of his genre, but in the process, his writing reached for the stars. 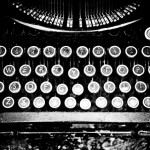 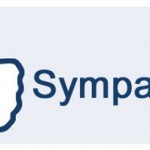 December 13, 2013 Facebook "Likes" Aren't Enough, But Would a "Sympathize" Button Make it Worse?
Recent Comments
0 | Leave a Comment
"Radford made a connection between Ender and Hitler.Another possible connection: Could Card have been referring ..."
Raymond Z ‘Ender’s Game,’ Genocide, and Moral Culpability
"Faith is the confidence that what we hope for will actually happen; it gives us ..."
Smiley M.M. Music Matters: David Bowie, Still Not ..."
""that many of us do not accept that a few cells of human DNA constitute ..."
myintx How I Changed My Mind About ..."
"No thought given to the unborn child whose life was 'silenced and oppressed'... sad."
myintx How I Changed My Mind About ..."
Browse Our Archives
Related posts from Christ and Pop Culture