In 1925, the people of Dayton, Tennessee arrested a young science teacher, John Scopes, for teaching the theory of human evolution in public school. They dragged him from his classroom and threw him in jail to await trial. The town leaders called in the well-known biblical literalist and politician William Jennings Bryan to face off against famous (agnostic) defense attorney Clarence Darrow in “the trial of the century,” and to help ensure Scopes’ conviction. The trial created a national firestorm of controversy and became known as the infamous “Monkey Trial”… except, that’s not how it happened at all. Scopes was never arrested. Bryan was not a biblical literalist. And the townspeople were quite friendly. But you would never know that if you’re only source was the popular Hollywood retelling, Inherit the Wind.

In his article, “The Scopes Trial in History and Legend,” Pulitzer Prize winning historian Ed Larson sets the record straight on what actually occurred:

“The movie version opens with [a] mob [of angry Christian fanatics] hauling Scopes out of his classroom for teaching evolution… It makes for powerful drama – a scene seared into the national consciousness – but it never happened that way… It was no witch hunt led by a fundamentalist firebrand, but [actually] a bizarre publicity stunt concocted by secular civic leaders.” (qtd. in When Science and Christianity Meet, p.246-7)

The incident did not begin with an angry mob, as the movie portrays, but a willing volunteer – John T. Scopes – who was invited by Dayton school officials to break the newly enacted law against teaching human evolution, to serve as a test case for the ACLU. They thought a test case like that could really put Dayton on the map, and they were right. Once things got underway, no angry mob showed up, only a mob of reporters and journalists, just as the townspeople had hoped.

So, why is the historically false version of the Scopes trial forever “seared into the national consciousness,” while the true version is all but forgotten? Because we Americans love a political spectacle, especially if it involves religion. It’s more fun than the truth. And what better way to create a spectacle, than to hold a highly publicized debate that pits science against the Bible. That’s what the Scopes trial really was – a publicity stunt (in the form of a debate) to feed on our culture war prejudices and reinforce our oversimplifications of a highly complex issue.

On February 4th, Bill Nye the “Science Guy” and ardent young-earth creationist Ken Ham will carry on this American tradition by debating the scientific viability of creationism at the Creation Museum near Cincinnati. Why do I say they are carrying on the tradition started by the Scopes trial? A couple of reasons:

First, like the townspeople of Dayton, publicity is at least one of Ken Ham’s stated goals in organizing the debate. In the official press release from Answers In Genesis (Ham’s organization), he says,

“Having the opportunity to hold a cordial but spirited debate with such a well-known personality who is admired by so many young people will help bring the creation/evolution issue to the attention of many more people, including youngsters.”

Second, just like in the Scopes trial, neither person in the debate is a qualified expert on the relationship between science and the Bible. Rather, they are ideologues – icons of the culture war. William Jennings Bryan was a fiery politician with a flair for anti-evolutionism; Clarence Darrow was a famous trial lawyer, equally famous for his outspoken agnosticism. Neither of them were experts on the different theories of how science and religion interact, nor had they painstakingly weighed the strengths and weakness of the various biblical interpretations Christians have held over the centuries. Yet the bulk of their debate – when Darrow famously put Bryan on the stand – was about the scientific viability of Genesis.

Similarly, Bill Nye is a scientist and star of a kids TV show. He most certainly knows some things about evolution, but he doesn’t have the expertise to speak authoritatively on the beautiful complexities and nuances of the Genesis creation account. So, why pick him to debate? Because he became a major figure in the evolution/creation culture war last year when he claimed children ought to believe in evolution. And he’s famous.

One might think Ken Ham would be more qualified than Nye to speak about the viability of Genesis, but I’m not so sure. Ham continually promotes the historically false idea that, up until 200 years ago, all Christians believed the days in the Genesis creation account were literal 24-hour periods; and only after the advent of modern geology did they start to waiver and come up with more figurative interpretations. But non-literal interpretations of Genesis chapter 1 were put forth by prominent Christians centuries before “geology” was even a word (See Augustine and Origen as just two examples).

Ham also accuses fellow Christians who accept that Earth may be billions of years old as “compromising,” and he makes provocative claims, such as “Jesus was a young-earth creationist,” which clearly go beyond the biblical evidence. Ken Ham’s unwillingness to humbly acknowledge the difficult complexities of Genesis 1 is more a sign of ignorance than expertise.

If the goal of a debate was to promote deeper public understanding of the compatibility between science and the Bible, you would call in true experts who can help the audience make careful distinctions, give credit where it is due, and show that there are multiple valid viewpoints within which there is freedom to disagree. Instead, we have a new “trial of the century” with two culture war celebrities who are almost guaranteed to oversimplify the issue. A spectacle is more entertaining and draws more publicity than a charitable dialogue that enhances our understanding of a complex and nuanced issue.

A few years ago, I saw a flyer advertising a free viewing of Inherit the Wind at a nearby public library as part of their “Science Education Week” for children. The fact that a public library would consider that film “science education” for kids is evidence that there is a genuine dialogue needed over how our children are taught evolution in this country. Ken Ham is right about that, and I admire his passion for wanting to uphold the truth of scripture. My concern is that public spectacles such as the Nye/Ham debate will likely prevent genuine understanding, and  further perpetuate the false culture war narrative created around the Scopes trial. I sincerely hope I am proven wrong. 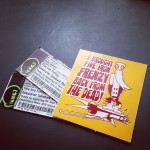 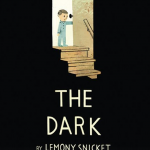 January 7, 2014 The Kiddy Pool: Reading The Dark as Children of the Light
Recent Comments
0 | Leave a Comment
"Radford made a connection between Ender and Hitler.Another possible connection: Could Card have been referring ..."
Raymond Z ‘Ender’s Game,’ Genocide, and Moral Culpability
"Faith is the confidence that what we hope for will actually happen; it gives us ..."
Smiley M.M. Music Matters: David Bowie, Still Not ..."
""that many of us do not accept that a few cells of human DNA constitute ..."
myintx How I Changed My Mind About ..."
"No thought given to the unborn child whose life was 'silenced and oppressed'... sad."
myintx How I Changed My Mind About ..."
Browse Our Archives
get the latest from
Evangelical
Sign up for our newsletter
POPULAR AT PATHEOS Evangelical
1