Is Soul Sleep Biblical? What Does The Bible Say?

Many people have different opinions about what happens after they die. Sadly, history has proven that some people will even kill others who disagree with them on this belief. Except for a few Christian denominations, soul sleep is something that many Christians have never heard of. For this reason, we will investigate to find out is soul sleep Biblical and what does the Bible say about it?

What is soul sleep?

Soul sleep is the belief that when someone dies, they have no awareness or consciousness. Their soul is “asleep” and oblivious to everything. Some Christian denominations that believe this do not usually refer to it as soul sleep, but instead, refer to this belief as “the state of the dead.”

Who came up with the idea of soul sleep?

The idea of the soul not being conscious after death came from a doctrine taught by Arnobius of Sicca in a book called Against the Pagans, written about 305 A.D. He wrote that souls did not exist after death unless God gave grace to the soul. He also taught that the souls not under God’s grace where annihilated in the fires of Hell (Gahanna) (1).

This belief was reestablished in 1841, when a Methodist preacher named George Storrs wrote a tract and published six sermons on the doctrine of annilhism. He learned of this doctrine while reading a tract written in 1837 by a Baptist deacon named of Henry Grew. Storrs became involved in a group led by William Miller that assigned dates to certain Biblical prophesies and predicted Jesus would return in the fall of 1844.

Storrs soon began preaching the doctrine of annihilism to the group and before long he had a small following. After two predictions of Jesus’ second coming did not happen, the group split up and two groups came out of the movement, the 7th Day Adventists and Jehovah’s Witnesses. The leadership of these groups embraced Storrs teaching, despite the fact that William Miller did not embrace it.

Unfortunately, these doctrines are still held today by the Seventh Day Adventist’s as belief number 26 of their 28 fundamental beliefs publication (1) and the Jehovah’s Witnesses as part of their doctrine of the condition of the dead (2) (3).

Only by looking at what the Bible teaches about the body and the soul can this question be answered. The Bibles says that the soul and spirit can be separated from the body and exist apart:

For the word of God is quick, and powerful, and sharper than any two edged sword, piercing even to the dividing asunder of soul and spirit, and of the joints and marrow, and is a discerner of the thoughts and intents of the heart. (Hebrews 4:12)

Here, we see that the Word of God, can separate the soul and spirit from the joints and marrow (body) like a sword. We find an example of this in Revelation 6:9-10 and Revelation 20:4. These passages teach that the souls of those who were martyred will cry out to God that He would deliver His judgment against their murderers. We also see there will be a time when souls in heaven will come with Jesus to earth to be reunited with their resurrected perfected immortal bodies (1 Thessalonians 4:13-17). The term “asleep in Christ” describes believers that had died and were in the presence of Christ in Heaven.

Both Stephen and Paul spoke of being in heaven. While suffering persecution, Stephen infuriate local Jews so much they killed him (Acts 7:54-60). Before he died, he described how he could see Jesus standing on the right hand of God. While the Jews stoned him, he called upon God, saying, “Lord Jesus, receive my Spirit”, which makes it clear He knew where he was going when he died.

As believers, we are part of God’s family no matter where we are (Galatians 3:26). Paul described this fact Ephesians 3:14-15 when he prayed on his “knees unto the Father of our Lord Jesus Christ of whom the whole family in HEAVEN AND EARTH is named” (emphasis added). The only way there can be a family in heaven and earth is if they exist in both places. Likewise, we are told that they will be united no matter where they are from in Ephesians 1:9-10 at the resurrection.

Other examples of living awake souls are found as follows:

There are many more examples that can be cited, but in most of these cases those who teach soul sleep teach the verses out of context, change punctuation, or flat out ignore them. The Bible teaches that nonbelievers will experience a literal hell and a resurrection a thousand and seven years after the first resurrection. They will stand before the Great White Throne Judgment experience being thrown in the lake of fire with the Devil and his angels to suffer torment forever (Revelation 14:9-11; Revelation 19:19-21; Revelation 20; Revelation 21:8). Finally, death and hell itself will meet the same fate (Revelation 20:14) before the creation of the new heavens and the new earth (Revelation 21:1-5).

Soul sleep is a doctrine that teaches when someone dies, their soul has no consciousness. It originated over 1700 years ago as part of a belief that the soul does not exist apart from the body and is annihilated unless supernaturally preserved by God. Soul sleep is still taught by groups that such as the Seventh Day Adventists and Jehovah’s Witnesses, which started as remnants of the Millerite movement of the 1840’s. Soul sleep is not Biblical. The Bible teaches that our souls do have a conscious existence beyond death. 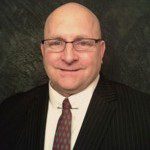 December 31, 2014 What Does Dying to Self Mean When Taught in the Bible?
Recent Comments
13 Comments | Leave a Comment
Browse Our Archives
Related posts from Christian Crier