Does The Old Testament Promote Violence?

A Religion of Peace or of Violence?

It is absolutely clear that there is violence in the world including in another religion which actually seems to promote violence and this was not just done in the past but is being taught today. For example Quran 8:12 says “I will instill terror into the hearts of the Unbelievers: smite ye above their necks and smite all their finger-tips off them.” Muhammad wrote “Whoever changed his Islamic religion, then kill him” (Bukhari 84:57). It is also ordered that “The Hour will not be established until you fight with the Jews, and the stone behind which a Jew will be hiding will say. “O Muslim! There is a Jew hiding behind me, so kill him” (Bukhari 52:256) And “when We would destroy a township We send commandment to its folk who live at ease, and afterward they commit abomination therein, and so the Word (of doom) hath effect for it, and we annihilate it with complete annihilation” (Quran 17:16). Obviously the Islamic faith allows for violence toward non-Muslims but what does Jesus teach?

Christians are not told to show violence toward anyone, even those who are considered to be our enemies. Jesus Himself said “You have heard that it was said, ‘Love your neighbor and hate your enemy.’ But I tell you, love your enemies and pray for those who persecute you” (Matt 5:43-44). That is contrary to what most people would do. How many people do you know that pray for their enemies and love those who hate them? Elsewhere, Jesus said “You have heard that it was said, ‘An eye for an eye and a tooth for a tooth.’ But I say to you, Do not resist the one who is evil. But if anyone slaps you on the right cheek, turn to him the other also” (Matt 5:38-39). He also taught “You shall love the Lord your God with all your heart and with all your soul and with all your strength and with all your mind, and your neighbor as yourself” (Luke 10:27). Loving our neighbor is never qualified as to whether they are a believer or not…we are told to love our neighbor as ourselves and in fact we are taught by Jesus to “bless those who curse you, pray for those who mistreat you” (Luke 6:28). Even Paul said “Bless those who persecute you; bless and do not curse” (Rom 12:14) and “If your enemy is hungry, feed him; if he is thirsty, give him something to drink” (Rom 12:20a) so “Make sure that nobody pays back wrong for wrong” (1st Thess 5:15). That leaves no room for the Christian to be violent toward anyone. Even while they were nailing Him to the cross and no fault or sin had ever been committed by Him Jesus said “Father, forgive them, for they do not know what they are doing” (Luke 23:24). 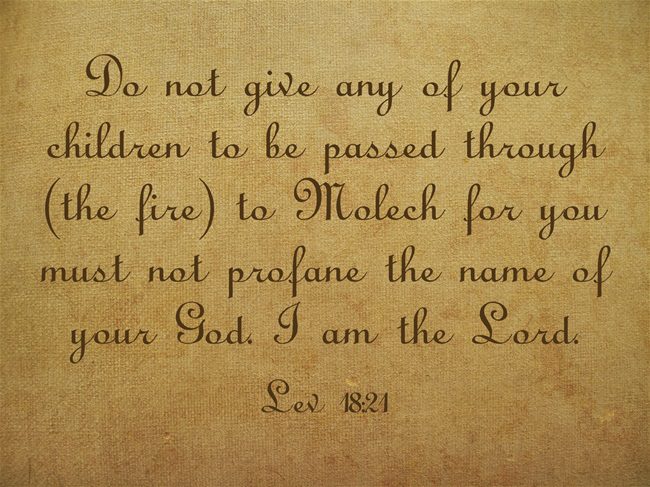 Does the Old Testament teach violence toward non-believers? What does God say about the violent? The commandment from God is “You shall not murder” (Ex 20:13) and “Do not envy a man of violence and do not choose any of his ways” (Prov 3:31). The laws of the Old Testament consistently taught “Do not hate your brother in your heart. Rebuke your neighbor frankly so you will not share in his guilt” (Lev 19:17). There were consequences for taking human life as Genesis 9:6 shows “Whoever sheds the blood of man, by man shall his blood be shed; for in the image of God has God made man” which is basically what Jesus said “Put your sword back into its place. For all who take the sword will perish by the sword” (Matt 26:52). Clearly God hates violence which is why the psalmist wrote “The Lord tests the righteous, but his soul hates the wicked and the one who loves violence” (Psalm 11:5).

There were occasions when Israel showed violence toward pagan nations like the Canaanites who lived in wicked rebellion against the will and purposes of God. Long before the Israelites entered Canaan, the Lord had predicted that Abraham’s descendants would claim the land when “the sin of the Amorites” reached its “full measure” (Gen 15:16b) which is why God told Moses “Let no one be found among you who sacrifices his son or daughter in the fire, who practices divination or sorcery, interprets omens, engages in witchcraft, or casts spells, or who is a medium or spiritist or who consults the dead” (Duet 18:10-11). It was “because of these detestable practices the Lord your God will drive out those nations before you” (Duet 18:12).

Perhaps the greatest reason for God allowing violence in the Old Testament was because of the rite of child sacrifice which was one of the “detestable things the Lord hates” (Deuteronomy 12:31) and so God was just in stopping these nations from offering or sacrificing their own children in the fire. Child sacrifice had originated in Phoenicia, ancient Israel’s northern neighbor, and God didn’t want this abominable practice to spread into the nation of Israel. In 2nd Kings 11:7, Molech is identified as “the detestable god of the Ammonites” and recent archeological evidence in the former territory of the Ammonites from the period of the conquest of Canaan supports biblical testimony that child sacrifice was practiced in Jordan and was roughly contemporarily with Moses.[1] This could explain why God commanded the nation of Israel, “Do not give any of your children to be passed through (the fire) to Molech for you must not profane the name of your God. I am the Lord” (Lev 18:21; see also 20:1-5).

Moses warns the Israelites just before entering the land of Canaan (Leviticus 18:3 and 20:21-24) where they were to be exposed to the cult of Molech not to sacrifice any of their children to that god: “The Lord said to Moses, say to the Israelites: “Any Israelite or any alien living in Israel who gives any of his children to Molech must be put to death. The people of the community are to stone him. I will set my face against that man and I will cut him off from his people; for by giving his children to Molech he has defiled my sanctuary and profaned my holy name. If the people of the community close their eyes when that man gives one of his children to Molech and they fail to put him to death, I will set my face against that man and his family and will cut off from their people both him and all who follow him in prostituting themselves to Molech” (Leviticus 20:1-5).

As we have read, Jesus’ teachings and much of the wisdom literature (e.g. Proverbs, Psalms) teach against violence but if violence is allowed by God then it is against those whose pagan rituals entail child sacrifice for which violence is completely justified. The Old Testament doesn’t promote or condone violence but if there is reason for it, such as in stopping such abominable practices as sacrificing live children in the fire, then there is every reason for it and it is completely justified.

July 11, 2015 Does The Old Testament Contradict The New Testament?
Recent Comments
1 Comment | Leave a Comment
"Jack, I was reading the comments here, and I realize the post is over a ..."
rtgmath Why the Poor Are Important To ..."
"A very complete discussion of the word "woe", and one that we carefully avoid, because ..."
David Stockwell What Does Woe Mean? A Biblical ..."
"Helpful article especially that just showing up to become available for service.The article fleshes out ..."
the old scribe 4 Characteristics of a Good and ..."
"This article is a prime example of why I will never become an Evangelical. Everything, ..."
Viator16 4 Characteristics of a Good and ..."
Browse Our Archives
Follow Us!