List of Books Of The Bible With Authors August 20, 2015 Jack Wellman

What are a list of books in the bible and who the authors were?

The Torah or Pentateuch

Most people take it that Moses wrote the first five books of the Bible which is called the Torah or the Pentateuch. There is strong internal evidence for Moses writing the first five books of the Bible and there is relatively little dispute about his authorship. Exodus 24:3-4 states “When Moses went and told the people all the Lord’s words and laws, they responded with one voice, “Everything the Lord has said we will do.” Moses then wrote down everything the Lord had said.” Two important things that should stand out are; Moses wrote down “all the Lord’s words and laws” and Moses wrote down “everything the Lord had said.” Much of that “everything” was obviously part of the Torah. Some argue that Moses didn’t die until the very last part of Deuteronomy 34 so how could he have written the last chapter? Moses did die in Deuteronomy 34:7 but it was near the very end of the book as there are only five more verses left in chapter thirty four and that’s when the Book of Joshua starts and where God’s chosen leader takes over, so it seems certain that Joshua wrote the last few verses of Deuteronomy 34. When Moses died, Joshua had already been chosen to lead Israel and that meant he was also in charge of the “everything the Lord had said” writings so he likely closed the Book of Deuteronomy by completing the last five verses (Duet 34:8-12).

The Book of Joshua

The Book of Joshua has strong internal evidence of the authorship of Joshua. We find this in Joshua 8:2 which says “And there, in the presence of the people of Israel, he wrote on the stones a copy of the Law of Moses, which he had written.” Not only does this say Joshua is writing down what is possibly the Ten Commandments but also some of the Mosaic laws. There is also the mention of Moses and copying the Law of Moses down and which “he had written,” establishing Moses authorship which covers most of the Torah (the first five books of the Bible). Later we read, “Joshua wrote these words in the Book of the Law of God. And he took a large stone and set it up there under the terebinth that was by the sanctuary of the Lord” (Joshua 24:26), meaning there had to be a “Book of the Law” to begin with (the Torah) and Joshua was writing down an account of what was happening in the Book of Joshua. Joshua 8:2 and 24:26 both show that Moses had written the Law and that Joshua was recording what was happing after Moses. 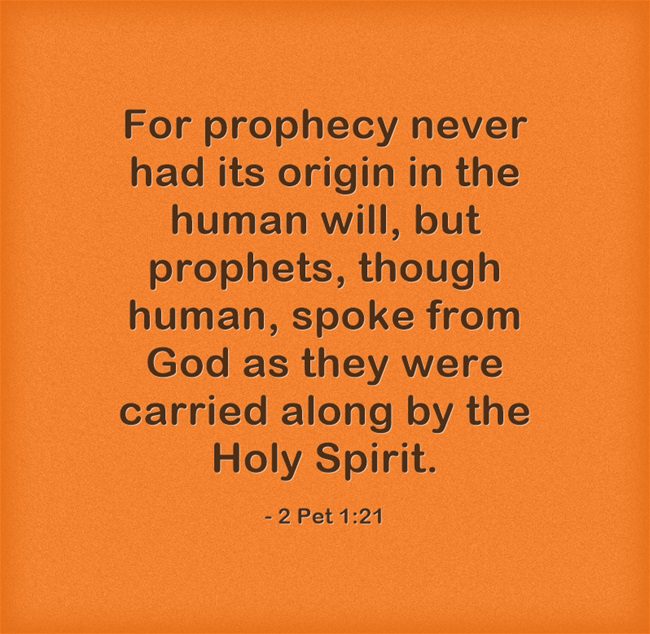 The Book of Judges

The Book of Judges is a set of books that might all have the same author. Traditional, scholarly thought attributes the Book of Judges to Samuel the prophet who is apparently young enough to write this book and later, a few others.

The Book of Ruth

The Book of Ruth is also attributed to Samuel the prophet for the same reasons as given in the above paragraph about the Book of Judges. This book is among the most moving books in the Bible because it speaks about unfeigned loyalty and the underdog. The writing style is nearly identical in every way to that in the Book of Judges and the Book of Ruth.

It’s not surprising at all that 1st and 2nd Samuel is authored by Samuel the prophet because he mentions himself in both the books.

Second Kings also has the authorship credited to Jeremiah the prophet. Some speculate that there are extra- Deuteronomists (other writers or authors) recording these events but the events in the Book of Jeremiah and both 1st and 2nd Kings are contemporary with one another.

All four of these books were most likely written by Ezra but Nehemiah may have contributed to the writing of the Book of Nehemiah.

The Book of Esther

The Book of Esther is the last of the section that is sometimes called The History. This is thought to be written by Mordecai who is one of the primary characters in this book.

The Book of Proverbs

The so-called “wisdom literature” begins with the Book of Proverbs and the overwhelming evidence is that the writings are from King David’s son, Solomon, said to be the wisest man on earth.

The Book of Ecclesiastes, the Song of Solomon

There is no doubt about Solomon being the authors of both of these books and so Proverbs, Ecclesiastes, and the Song of Solomon end the wisdom literature section of the Bible.

The Book of Isaiah

Isaiah begins the section in the Bible that is called the Major Prophets. Isaiah was obviously the author.

The Book of Jeremiah and the Book of Lamentations

Absolutely, Jeremiah is the author as he was also told to write things down just as Isaiah was.

The Book of Ezekiel

Ezekiel is also told to write things down and much of this book, like Jeremiah and Isaiah, is written in the first person.

The Book of Daniel

There is little doubt that Daniel wrote this book and with very little controversy about it.

The Book of Hosea

This is certainly authored by Hosea. This book marks the beginning of the Minor Prophets. They are called minor only due to their size and not their content.

The Book of Malachi:

Written by Malachi and which also ends the Minor Prophets and the Old Testament.

The Gospel of Matthew

The Gospel of Matthew begins the New Testament and undoubtedly, this is Matthew’s writing.

The Gospel of Mark

The Gospel of Luke

This was written by Luke, the beloved physician and you can tell his handwriting is all over this and the Book of Acts.

The Gospel of John

Written by the Apostle John

The Book of Acts

The same Luke who wrote the Gospel of Luke.

The Apostle Paul was the author.

The Book of Galatians

The Book of Ephesians

The Book of Philippians

The Book of Colossians

The Book of Titus

The Book of Philemon

The Book of Hebrews

We don’t know with as much certainty as we do the other books of the New Testament but the best possibility seems to fit the Apostle Paul.

The Book of James

The Book of Jude

Another of Jesus’ half-brothers.

The Book of Revelation

Second Timothy 3:16 states “All scripture is given by inspiration of God” so God is ultimately the true author. You could look at it this way; my fingers are writing this but they are not the inspiration behind those fingers; my mind is. That’s not a very good analogy but maybe it helps you understand a little bit better. One thing is certain, “no prophecy was ever produced by the will of man, but men spoke from God as they were carried along by the Holy Spirit” (1st Pet 1:21).