What Books Of The Bible Were Letters To Churches?

What were the books of the Bible written to the churches in the New Testament? What do they have to do with us today?

The epistles (or letters) of the New Testament are letters written by the apostles or other authors and are essentially letters written to individuals and more specifically, to churches, and is an especially formal or didactic (teaching) one that is written to communicate something very important to the readers. For example, Peter writes his book of 1st Peter which is a letter to the Jewish Christians who are dispersed around the Roman Empire as he says in 1st Peter 1:1 “To those who are elect exiles of the Dispersion in Pontus, Galatia, Cappadocia, Asia, and Bithynia.” Some refer to these as the apostolic letters.

Paul is the author of the Book of Romans and this book is greatly responsible for beginning the Reformation due to Martin Luther’s reading of it. Paul wrote to the church at Rome as a way of teaching them without his having the ability to visit them in person. This was the custom of the New Testament church; to write letters to the different churches scattered throughout the Roman Empire since many of the authors of these epistles could not easily be there in person. Paul addressed the church specifically in Romans 1:7 “To all those in Rome who are loved by God and called to be saints.”

The Apostle Paul had planted the church at Corinth so he paid special attention to this church even though and perhaps exactly because it had some issues of pride, division, and sexual immorality. He wrote three letters and one called “the strong letter” was lost but 1st and 2nd Corinthians were included in the New Testament. As was Paul’s custom, he began his epistle by writing a personal greeting to them; “To the church of God that is in Corinth, to those sanctified in Christ Jesus, called to be saints together with all those who in every place call upon the name of our Lord Jesus Christ, both their Lord and ours” (1st Cor 1:2). 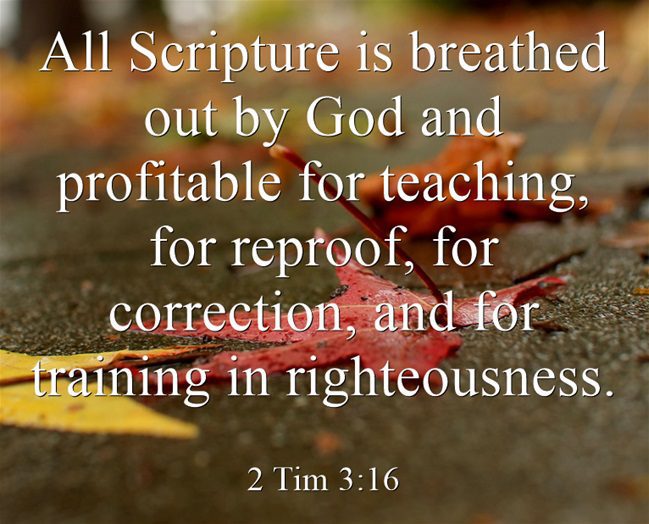 The Book of Galatians

This book was not really written to just one specific church but likely to the many churches in southern Galatia, a Roman province at the time, thus he says “To the churches of Galatia” (Gal 1:2b) and not to the church (singular) church at Galatia. Several of these churches were located in Asia Minor and included the cities of Iconium, Lystra, and Derbe.

The Book of Ephesians

The Book of Ephesians was addressed “To the saints who are in Ephesus, and are faithful in Christ Jesus” (Eph 1:1) and was written while Paul was in prison. This letter or epistle was specifically written to and sent to the city of Ephesus and written while Paul was under house arrest in Rome and was apparently a circular letter distributed to several early Christian churches as were other apostolic letters (epistles) were.

The Book of Philippians

This is another prison epistle that Paul wrote “To all the saints in Christ Jesus who are at Philippi, with the overseers and deacons” (Phil 1:1) and is known as the “joy book” or “joy epistle” since he refers to joy so much. This might have been Paul’s favorite church because he does little in corrective writings to the church at Philipp and is more boastful of their devotion to Christ than any other epistle he writes.

The Book of Colossians

This letter was specifically sent to the church at Colossae as he opens the letter “To the saints and faithful brothers in Christ at Colossae” (Col 1:2) and apparently, Timothy served as his scribe on this letter. Colossians is one of four epistles Paul wrote from prison which included Ephesians, Philippians, and Philemon. Philemon was written to Philemon alone and not to any church.

These two letters were addressed to the church at Thessalonica (1st Thess 1:1; 2nd Thess 2:1) so this letters was clearly sent to a specific church too and had a second, follow-up letter sent later to the church that he had planted. These letters were written while he was on his second missionary trip (Acts 17:1-10).

Paul wrote what are called the “pastoral letters” to Timothy (twice) and to Titus so even though these churches weren’t sent to a specific church, the instructions were given to Timothy and to Titus were intended for churches and their selection of elders, pastors, and deacons. Second Timothy was the last letter ever written by Paul as he was executed shortly after writing it.

The Book of Hebrews

This book has no author mentioned, although many believe it was written by the Apostle Paul but this letter was not written to a specific church but to Jewish Christians, thus the name Hebrews. The author wanted the readers to see the superiority of Christ over all the Old Testament sacrificial laws and how the sufficiency of Christ’s sacrifice made all other sacrifices unnecessary.

James, 1st and 2nd Peter, 1st, 2nd, and 3rd John, as well as Jude were general letters to the church or Christians but not addressed specifically to any one church but to all churches. Peter was focused on the Jews who had been dispersed throughout the Roman Empire (1st Pet 1:1).

We know that all Scripture is God-breathed or inspired by the Spirit of God (2nd Tim 3:16-17) and “is breathed out by God and profitable for teaching, for reproof, for correction, and for training in righteousness, that the man of God may be complete, equipped for every good work” and it “never had its origin in the human will, but prophets, though human, spoke from God as they were carried along by the Holy Spirit” (2nd Pet 1:21) and even though some of the Bible is not written to believers today; for example the Mosaic Law does not apply to us today, we know that all the Bible is written for believers.

August 20, 2015 What Books Of The Bible Did John Write?
Recent Comments
0 | Leave a Comment
"The Book of Mormon tells us Satan has a Church which would be impossible since ..."
Jesus Jehovah What Is The Bible Definition Of ..."
"I highly disagree with that."
Elexis Selmon Top 7 Bible Verses For Actors ..."
"You are right if everyone started following Bible then we have to sell our possession,wiki-criticism ..."
Zafar Sharif What Is The Biblical Definition of ..."
"Thank you Mr. Arthur. You bring up some valid points."
Jack Wellman How Joy Is A Source of ..."
Browse Our Archives
Follow Us!